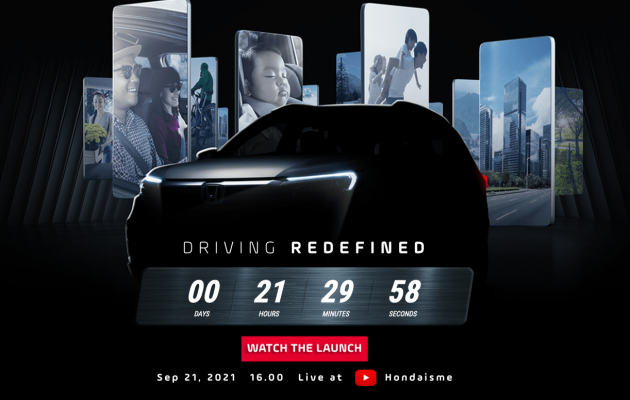 The time for the Honda BR-V‘s replacement is nigh, that car having gone on sale nearly six years ago. A prototype of the next-generation model, the N7X Concept, was revealed in May, and now Honda has confirmed it will be launching the production version in Indonesia tomorrow, September 21.

It was hinted that the new BR-V would make its world premiere at the Gaikindo Indonesia International Auto Show (GIIAS) in August, but with the show now postponed to November, Honda evidently did not want to put off the reveal any longer.

Despite Honda not referring specifically to the car’s identity in the teaser, the familiar silhouette, roof rails and L-shaped LED daytime running lights make it very clear that it is the production N7X (the name stands for New 7-seater eXcitement). The show car’s styling will almost certainly make it to showrooms almost completely unchanged, as it looked pretty much production ready. 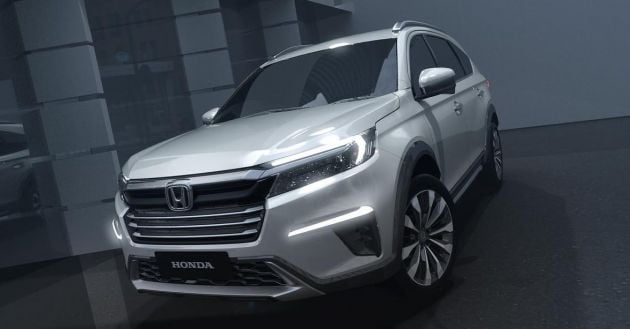 Patent images from the Directorate-General of Intellectual Property (DKJI) website have already revealed the design of the finalised model, with the only change being in the corner air intakes – the horizontal LED accent lights of the N7X have been replaced by simple circular fog lights.

While Honda has not made clear what it would call the new car – which is also set to replace the Mobilio MPV – listings on Indonesia’s One-Stop Administration System (Samsat), which regulates the country’s yearly vehicle taxes, showed that it will indeed retain the BR-V name. They also hint at the possible addition of the Honda Sensing suite of safety technologies.

The latter would be a big addition for the Indonesian market and would make the new BR-V the first model in its class to come with driver assistance systems, although the cheaper Daihatsu Rocky and Toyota Raize are available with these features. In Malaysia, the competing Perodua Aruz and Toyota Rush already come fitted with the Advanced Safety Assist suite, containing items like autonomous emergency braking – which, like the standard six airbags on those cars, is something that the current BR-V lacks.

Expect the new BR-V to be powered by a version of the L15 1.5 litre i-VTEC four-cylinder engine, likely the new City‘s DOHC version. That engine produces 121 PS at 6,600 rpm and 145 Nm at 4,300 rpm and is mated with a CVT, with a manual gearbox also expected to be offered in Indonesia.