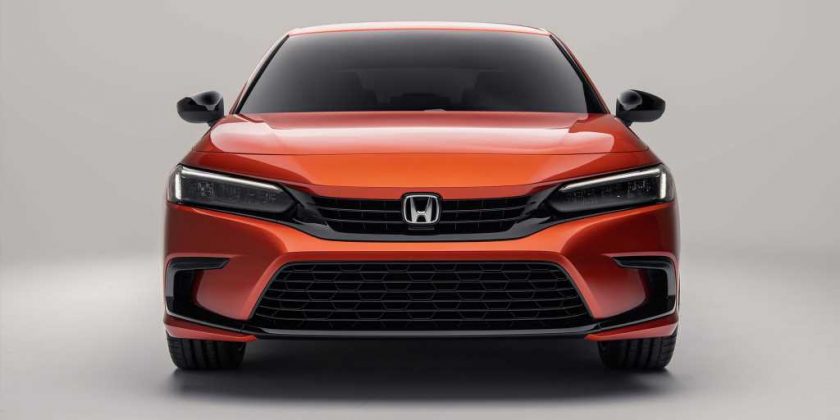 The new-for-2022 Honda Civic marks the model’s 11th generation and is set to be a major evolution of the current car, making big strides in sophistication and maturity as it moves upmarket. That was clear the first time we saw the new Civic in prototype form, but it is inescapable when you see what’s planned for the 2022 Civic’s interior.

Sketching Out the Civic’s Future Interior

Honda has only released the sketch of the Civic’s new interior seen above, but it’s more than enough to see how radically different things are from the current model. Even though the 10th-generation Civic has only been on sale since the 2016 model year, the interior design is already showing its age. Very of the moment—a moment, we should add, stuck in 2015—its emphasis on sportiness and youthfulness doesn’t give the look a lot of staying power, especially when newer Hondas have gone a different, cleaner direction.

It should be no surprise, then, that the inside of the Civic prototype looks more like the next iteration of designs we’ve seen in the Honda Accord and Honda Insight than an update of the current Civic. In fact, the design looks more modern and sophisticated than either of those more expensive models, thanks to its cleanliness and simplicity. You see a little of both earlier designs if you look closely, from the shape of the instrument cluster to the sleeker steering wheel and the Accord’s three-dial climate control system. Beyond that, the Civic goes in a new, more appealing direction.

The showstopper is a framed honeycomb element running straight across the center of the dash. Not only is it an uncommon design statement, but it’s also functional, incorporating and hiding the air vents. Doing so gives the dash a light, clean feeling without sacrificing visual interest on the altar of simplicity. Honda didn’t take away all the various pieces of a dashboard; it just incorporated a few into one more interesting focal point.

Bisecting the honeycomb, the steering wheel is also visually slimmer, with thinner, more elegant spokes. Below it is a spacious cubby ahead of a simple, functional center console. Unlike some other Hondas which have adopted pushbutton transmission controls, the Civic retains a traditional shift lever in the console for the automatic transmission because the company needs that space for the manual shifter offered on the hatchback body style and the Si and Type R performance models.

Up top, the freestanding 9.0-inch infotainment system is on trend, for better or for worse. Automakers like this controversial design because it puts the screen as high and as close to your line of sight as possible without having to either add a big bulge in the dash to house the screen or raise the entire dash to incorporate it. It’s also easier to upgrade come mid-cycle update time. We’re just happy it retains a physical volume knob, something missing initially from the previous-generation Civic’s touchscreen display.

In fact, Honda tells us that aside from the infotainment system, the company is sticking with physical controls. Hence, the dials for the climate control. Similarly, buttons on the console and steering wheel will be the kind that move when you push them rather than touch-sensitive. The only other screen in the car is the instrument cluster, a first for the Civic. (Honda hasn’t said yet whether the all-digital cluster will be standard or an option, but the latter is more likely.)

We’re also told interior space is nearly the same as before. The A-pillars around the windshield have been pushed back but won’t affect passenger space. The C-pillars around the rear window have been shortened slightly, and Honda says the rear seat has been reclined slightly to compensate. Otherwise, we haven’t seen the rest of the interior yet, sketch or otherwise, so further impressions will have to wait until we do.