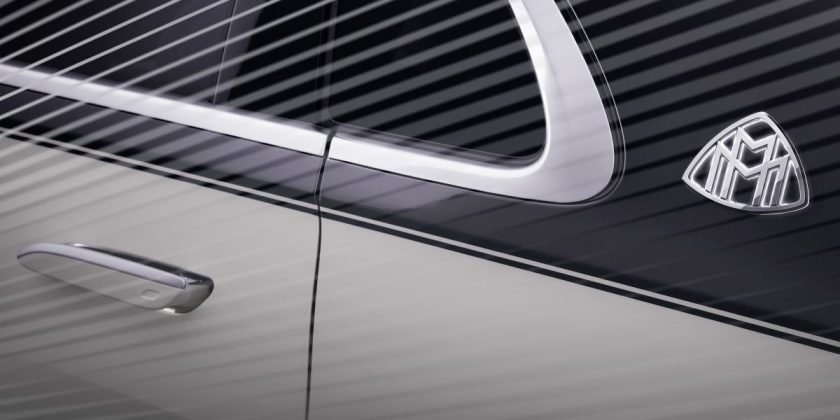 Following the debut of the seventh-generation Mercedes-Benz S-Class in September, the German carmaker has now begun teasing the ultra-luxury version of its limousine. On November 19, the world will get to see the new Mercedes-Maybach S-Class, which is “specially designed for chauffeur-driven journeys,” as the company puts it.

The attached teaser image shows a two-tone paintwork that is synonymous with the Maybach brand, as is the badge mounted on the C-pillar. We also get to see the vehicle’s retractable door handles, which is something that the regular S-Class already has.

According to the German carmaker, the Maybach sedan will have a wheelbase that is 180 mm longer than that of the S-Class. While not specific, we assume the company is referring to the standard-wheelbase version of the S-Class that has a wheelbase spanning 3,106 mm.

As such, the Maybach version should see 3,286 mm between its wheels, which is still more than the S-Class in long-wheelbase guise at 3,165 mm. The obvious purpose of this is so occupants in the back have ample amounts of legroom as they enjoy the standard executive seats and chauffeur package.

There won’t be any shortage of luxury tech either, as the rear seats gain new features such as a massage function in the calf rests, as well as heating for the neck and shoulders. Finer aspects of luxury include large wooden trim on the backs of the front seats and between the two rear passengers. Of course, there’s plenty more that isn’t revealed, so we’ll have to wait for the full debut to find out more.