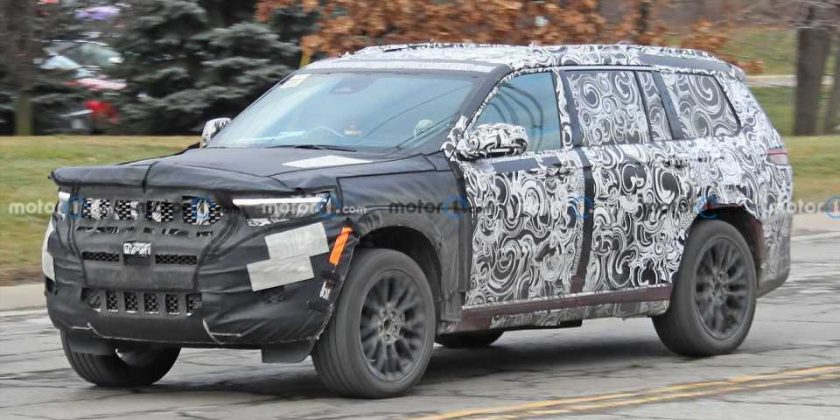 There’s a great look at the new Grand Cherokee’s nose.

The new generation of the Jeep Grand Cherokee is coming in two- and three-row interior configurations. Judging by the proportions, our spies are pretty sure that this one is the larger variant.

The spy shots match up closely with Motor1.com’s rendering of the new Grand Cherokee. In front, there’s a seven-slot grille with narrow headlights on each corner. In these photos, you can see the LED running light along the top edge of the lamps. There’s a large, mesh-covered opening in the lower fascia. 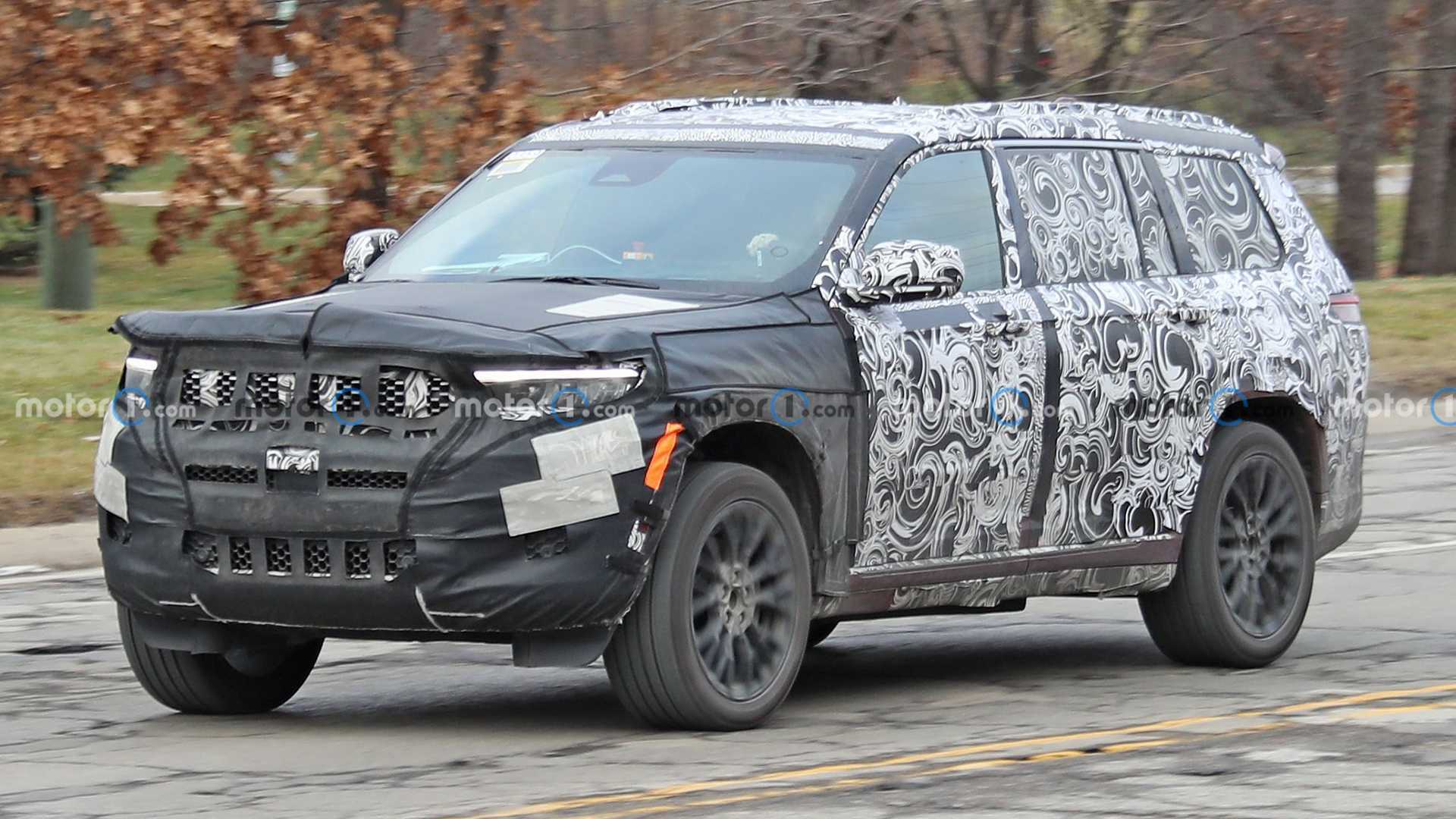 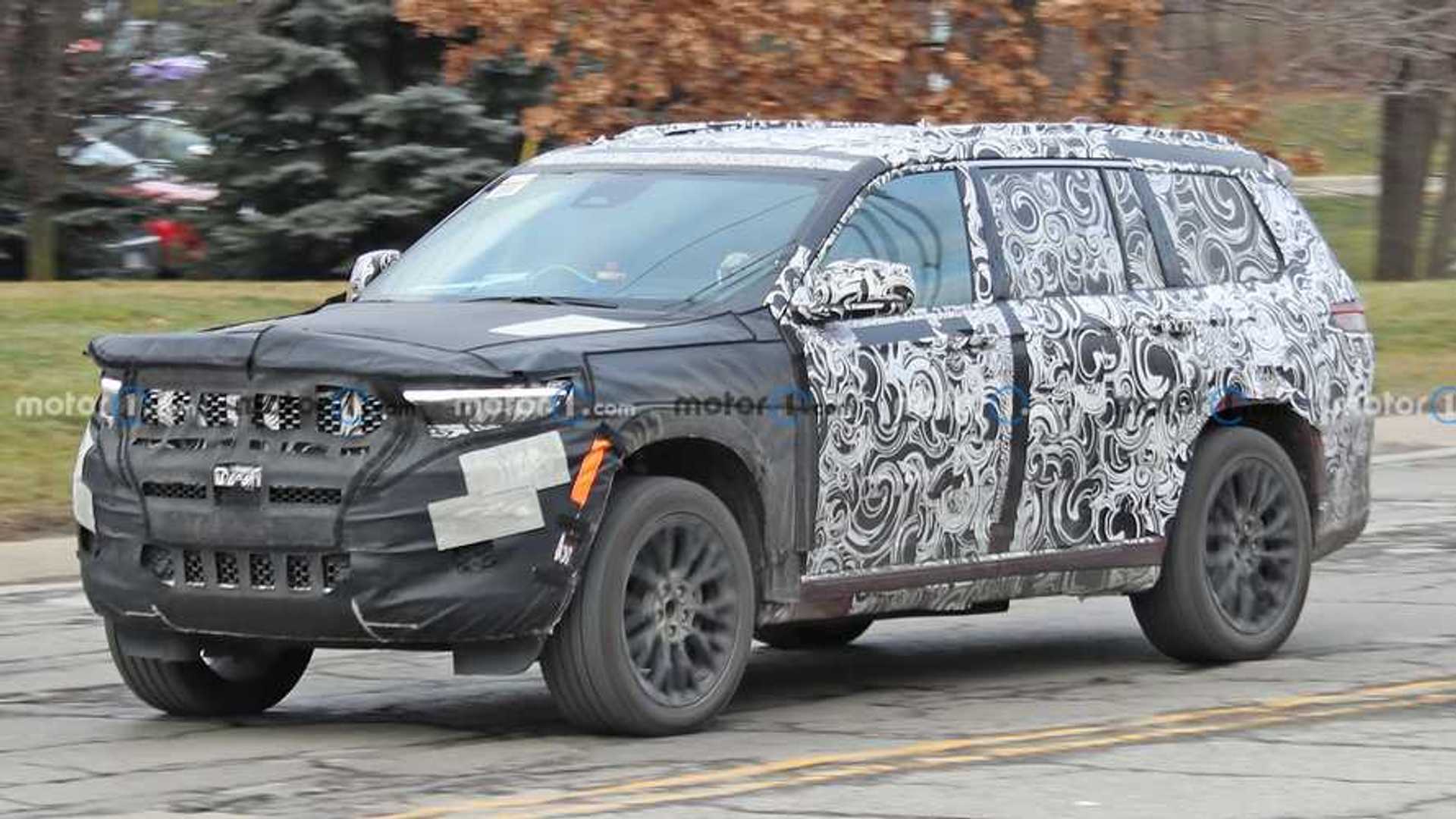 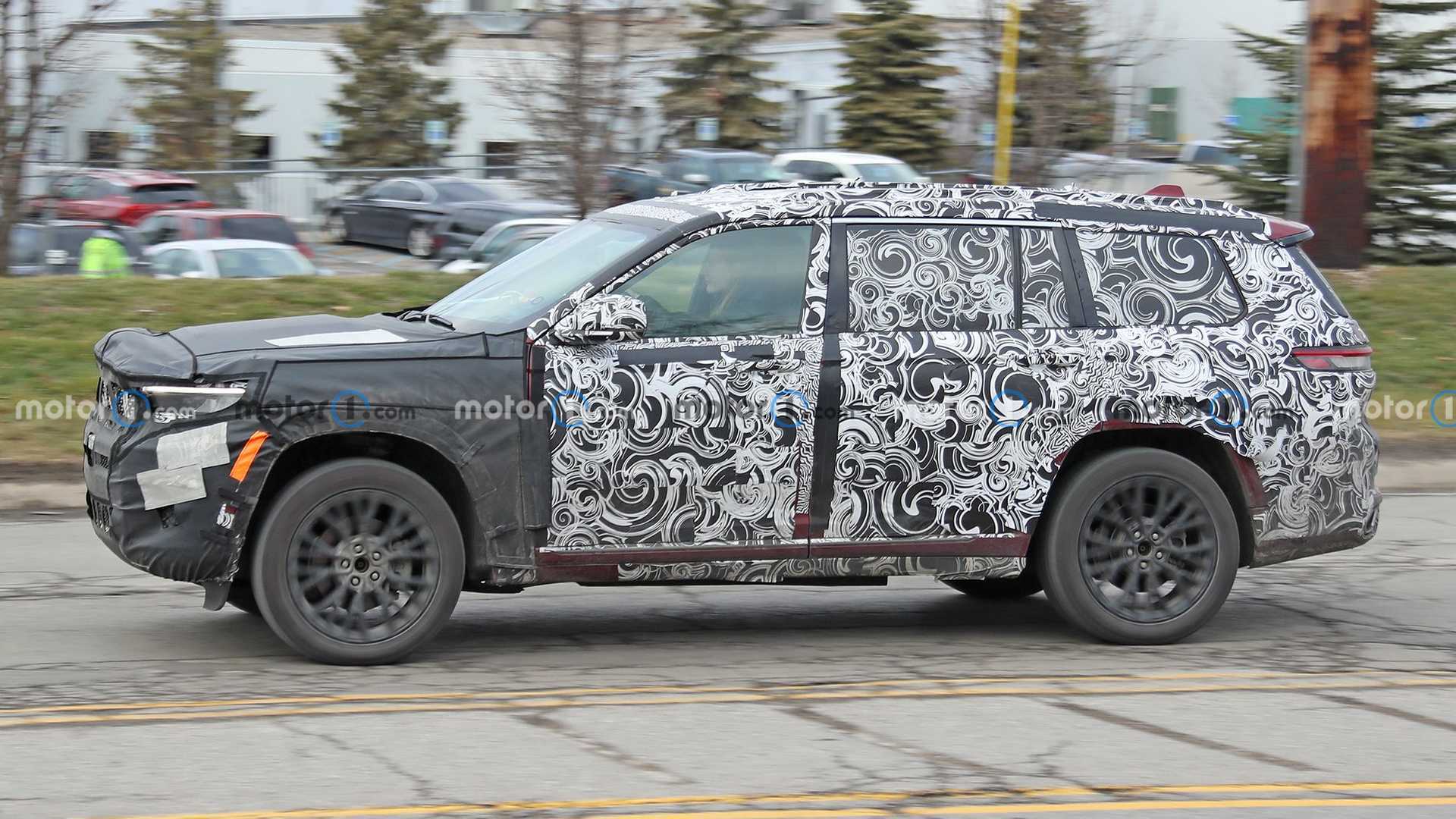 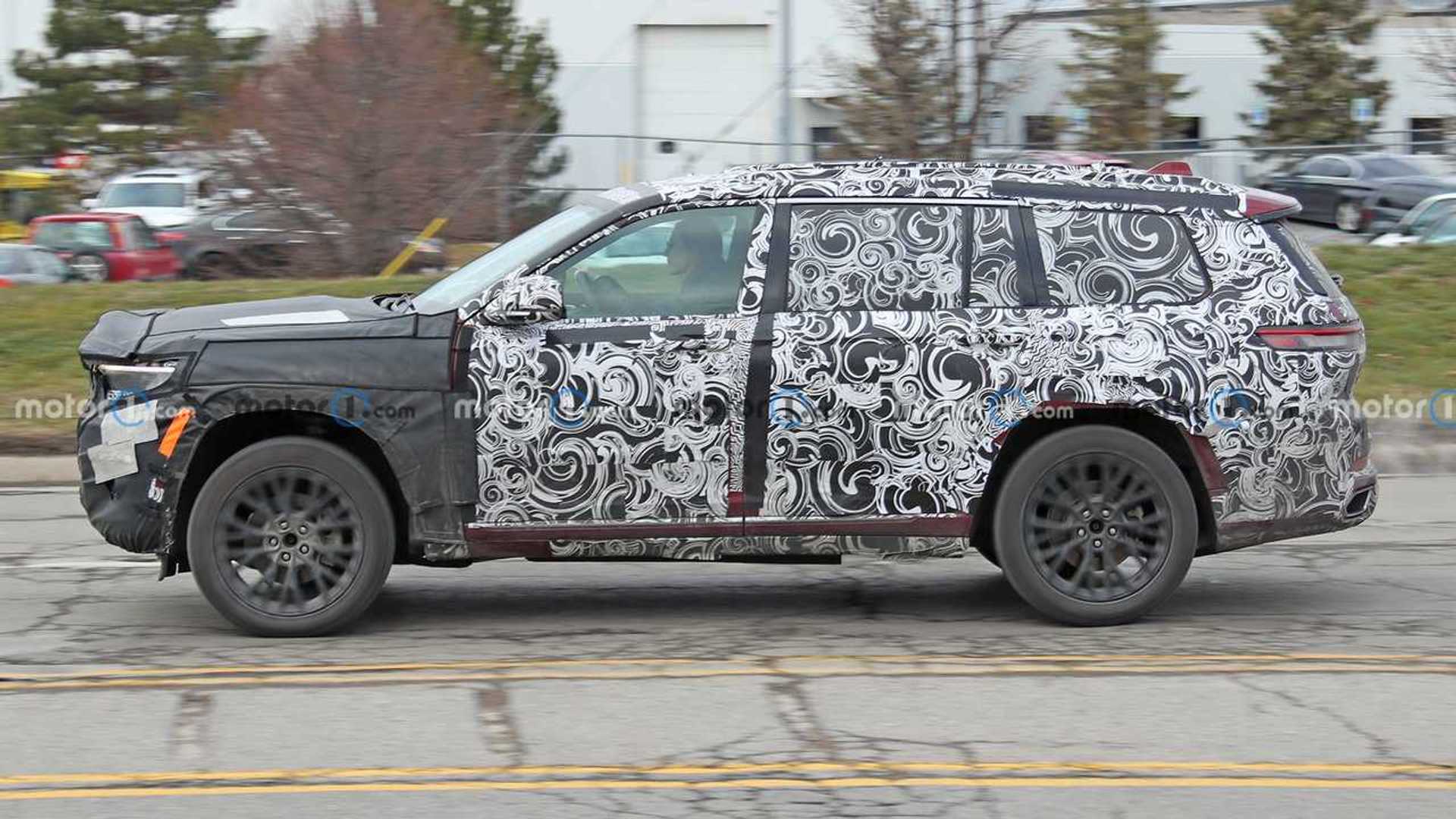 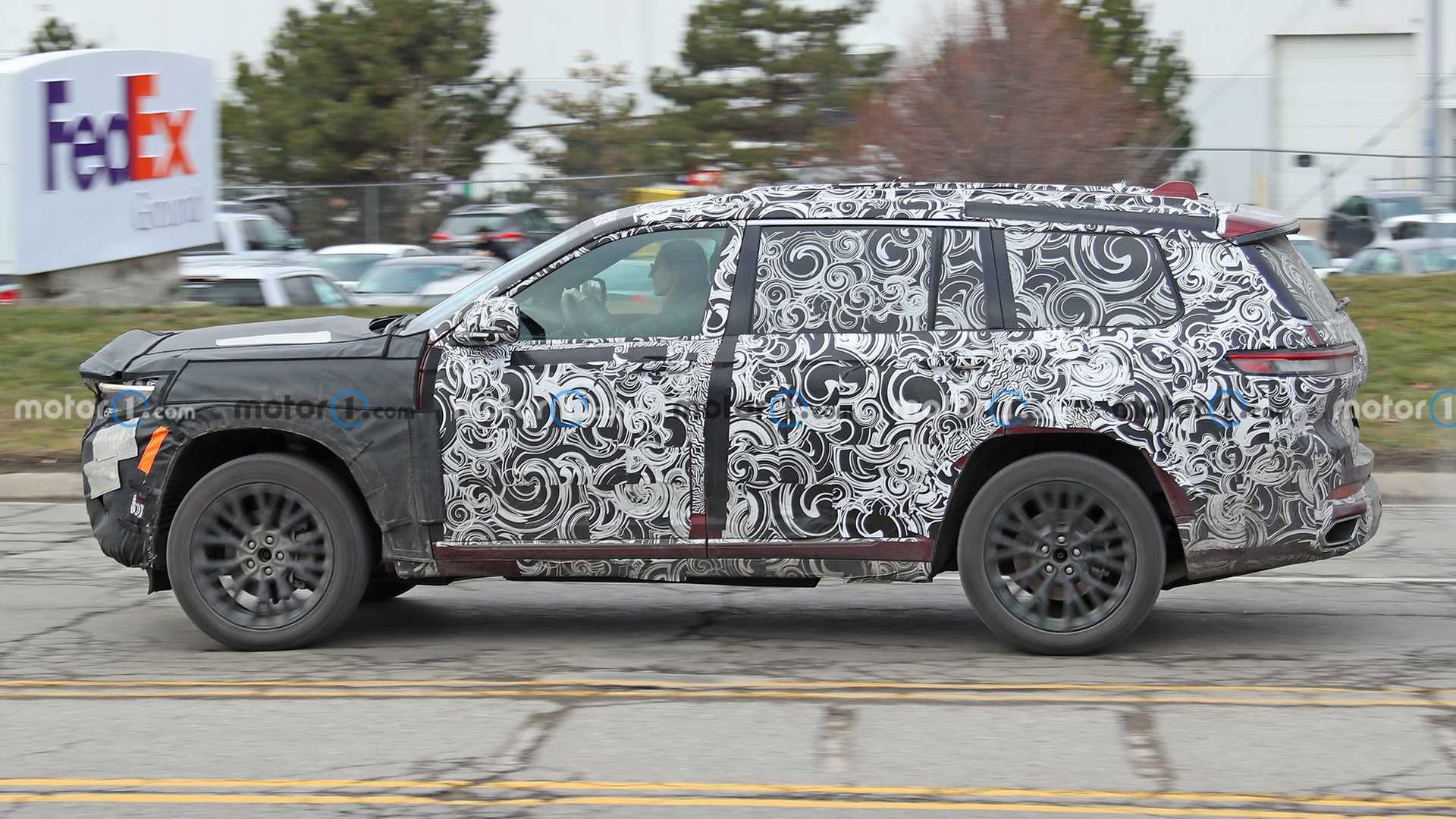 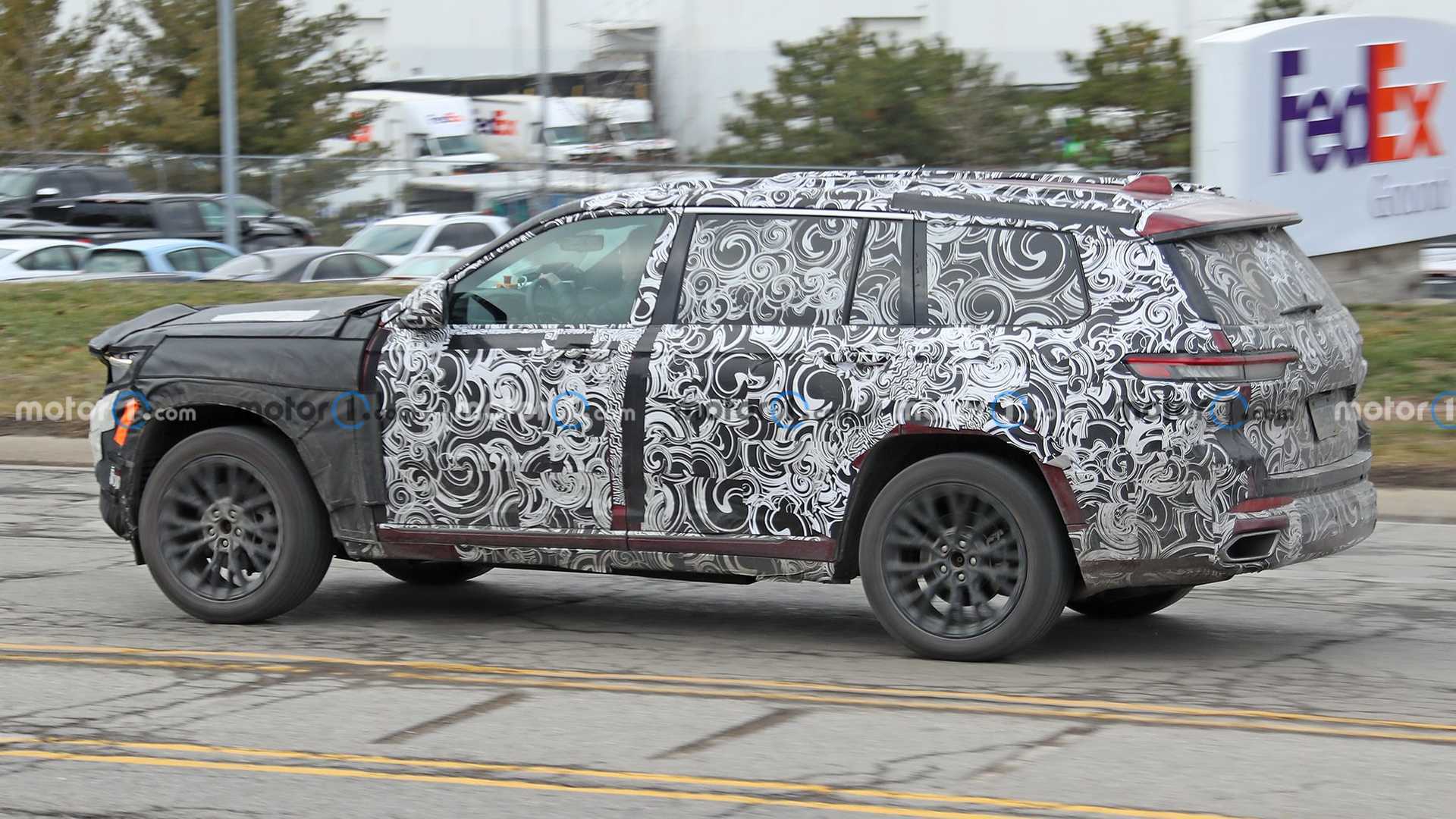 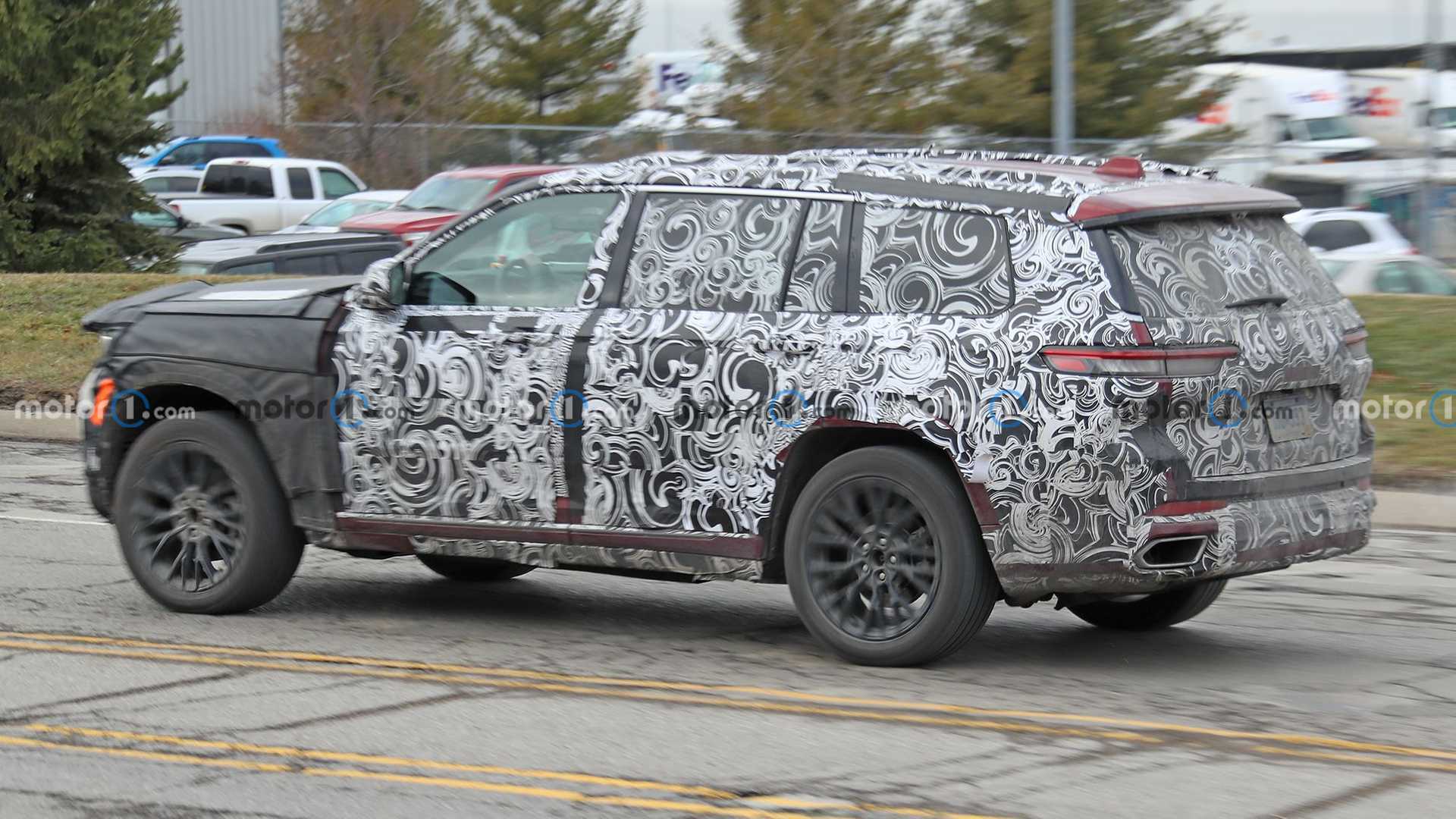 The blocky styling along the side is similar to the current model but even chunkier. The windows of the new model appear larger, which should translate to outward visibility. The D-pillar is also more upright.

At the back, there are the taillights wrap far around the sides of the body. They have red strips along the top and white sections on the bottom.

The new Grand Cherokee reportedly makes the switch to the Giorgio platform that’s underneath models like the Alfa Romeo Stelvio. There’s a rumor of a turbocharged 2.0-liter four-cylinder engine joining the lineup. The other choices would reportedly include a V6 with the FCA eTorque assist tech and a V8. A diesel 3.0-liter V6 might be on the options list, too. Down the line, a new iteration of the performance-focused Trackhawk is possible.

Inside, expect a big upgrade in interior technology. A digital instrument cluster and large infotainment display at the minimum of what to expect.

A full debut of the new Grand Cherokee should happen in the early part of 2021. It goes on sale for the 2022 model year.