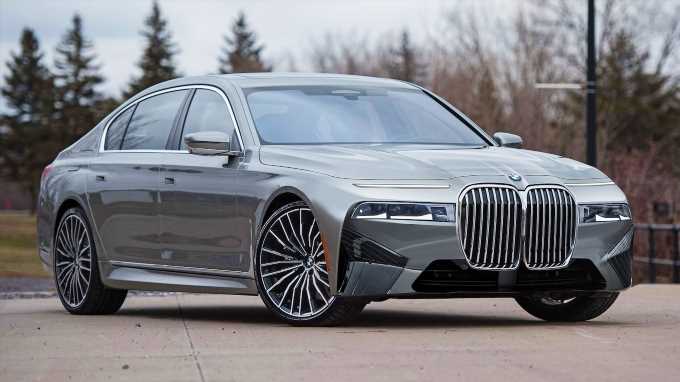 The 7 Series is BMW’s biggest, most luxurious sedan and its model with the most gravitas. First launched in the late 1970s, the 7 has long served as Bavaria’s answer to Stuttgart’s S-Class. It should exemplify the best of BMW, and it has usually boasted a number of engine options and wheelbase lengths. For most of its existence, it’s been the driver’s choice among large luxury cars.

In an SUV-dominated world, this big Bimmer wants to show it still has a place. With this new generation—the 7’s seventh—it will still be able to serve as eminently comfortable and luxurious chauffeured transportation. It should also be good enough to drive that owners who don’t want to get hauled around can take the wheel and feel satisfied. Recent 7 Series models have failed to deliver in the latter regard, and our fingers are crossed that this next-generation car brings just as much “ultimate driving machine” to the table as bleeding-edge infotainment, safety, and advanced driver assistance tech.

The 2023 BMW 7 Series will be built on the modular architecture that underpins the current i4 and offer a plethora of propulsion options. The turbocharged I-6 and V-8 engines are likely to carry over from the current 7 Series, and they might produce slightly more power. However, the V-12 found in the M760Li is almost assuredly shuffling off its gas-fueled coil due to tighter global emissions regulations. An eight-speed automatic transmission will route power to either the rear or all four wheels.

The headline powertrain news, however, is that the 2023 7er will also be available as a fully electric vehicle. Although details on this version’s setup are scarce, it’s safe to assume range, power output, and motor configurations will, at the very least, match those of the BMW i4 M50. That means—in the top-spec version—at least 500 horsepower from a pair of electric motors, a 100-kWh battery, and at least 300 miles on a single charge. There’s no word on whether the EV will take on the “i7” moniker, though. For those not ready to make the full EV switch, plug-in hybrid power is in the cards.