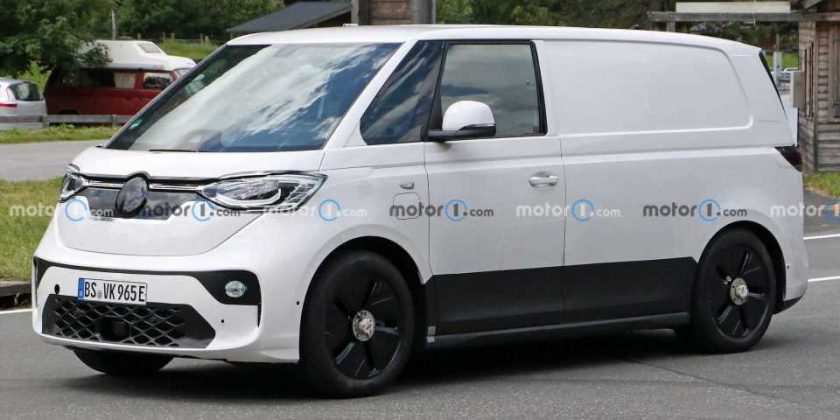 Five years will separate the VW ID Buzz concept from the production version that’s set to debut next year. Our spy photographers have been caught the VW minivan out testing on several occasions, but only recently has VW begun testing the new model with its production body. Even then, the automaker continues to conceal the finer styling details under some clever camouflage. A new batch of spy shots reveals VW isn’t ready to reveal any of it yet.

The test vehicle spied in the new photos wears the same camouflage concealments as the test vehicle spotted last month. VW is still trying to make it look like a Renault van, creatively placing stickers on the body to confuse curious eyes. The lower front bumper has stickers mimicking fog lights, for example. It’s the same news at the rear, with Volkswagen hiding the taillights under more stickers, concealing their actual size, which appear to extend much further than the stickers allude. 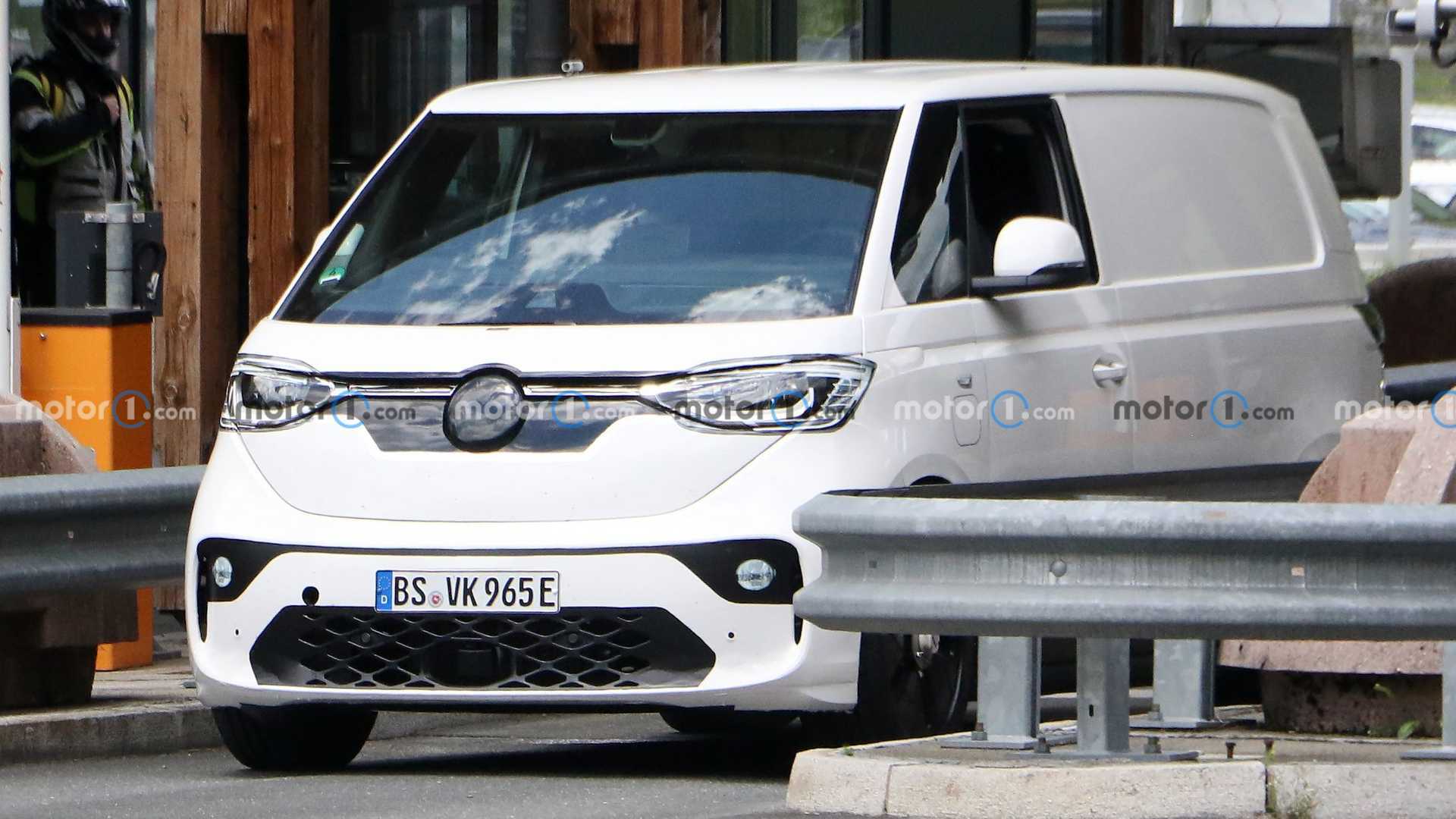 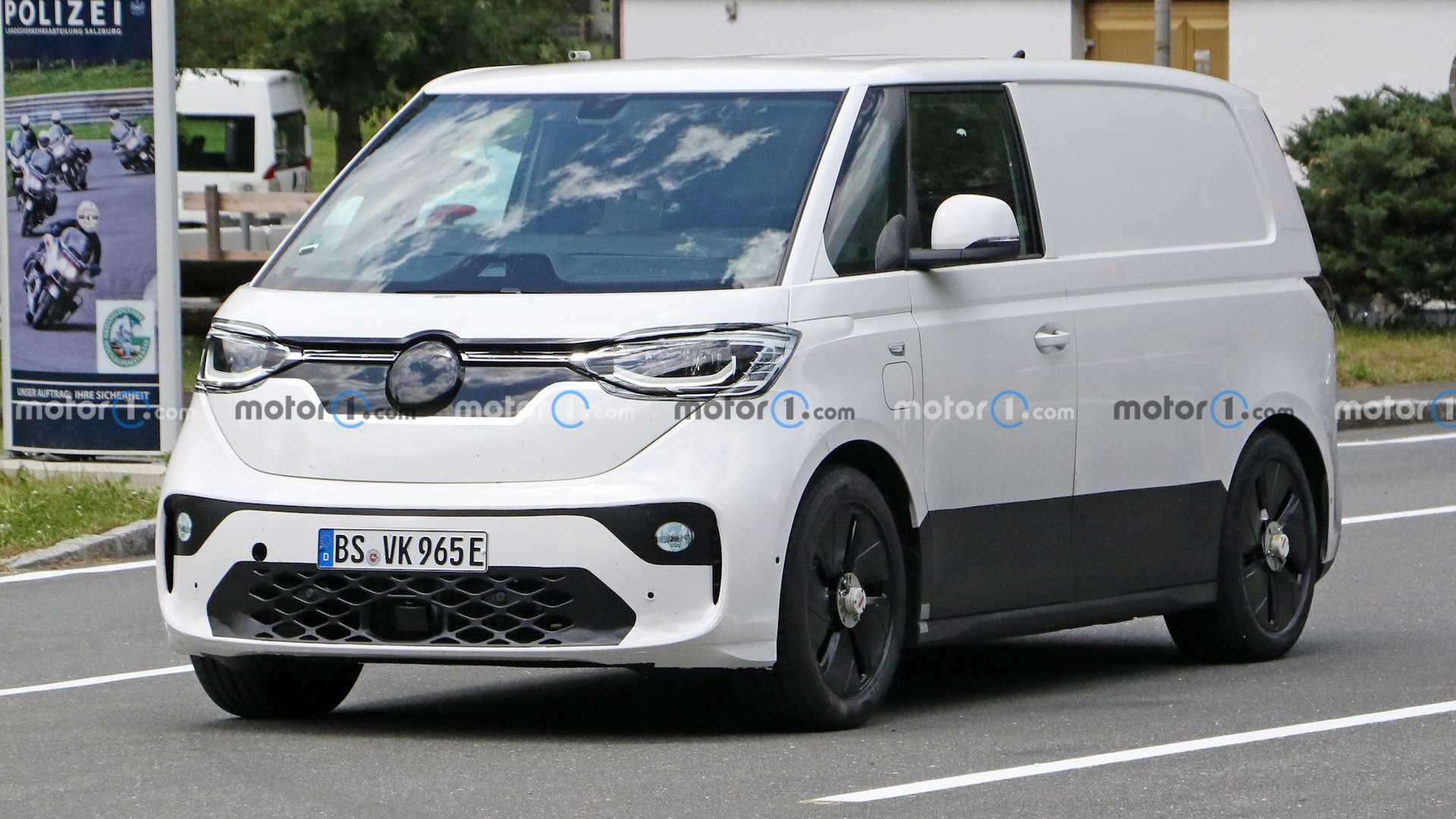 While the van’s overall design likely won’t change much before the big reveal, details about the powertrain remain a mystery. The ID branding should inform you that this will be an all-electric model in VW’s expanding lineup, joining outer ID models like the ID.4, ID.5, and ID.6. VW is likely to offer the ID Buzz and the ID Cargo, a cargo van version of the passenger van that’s the one caught in the photos above, with several battery packs with the largest measuring 111-kilowatt hours.

The ID Buzz and ID Cargo will ride on the brand’s MEB platform, which can deliver up to 300 horsepower (223 kilowatts). That’d be plenty for the van. Both will debut next year for the European market, though the US will only receive the passenger version, which will arrive a year later in 2023. We’re likely to continue seeing the VW ID Buzz several more times before it breaks cover.