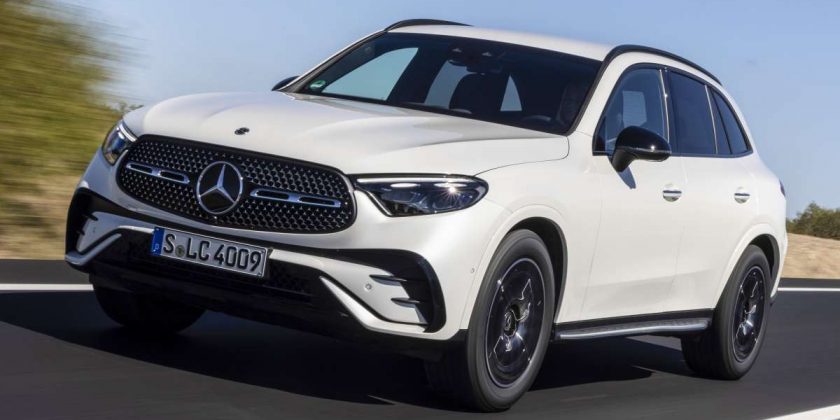 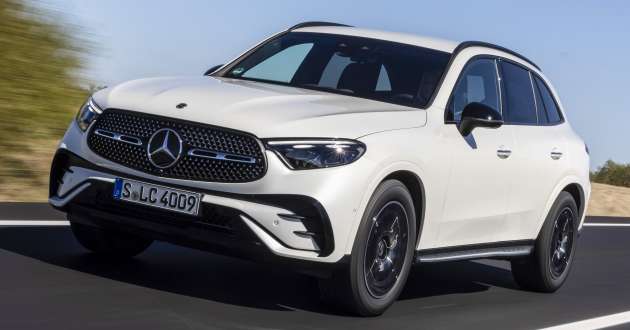 Launched in June this year, the X254-generation 2023 Mercedes-Benz GLC shares its MRA2 basis with the W206-generation C-Class that made its debut last February.

A host of powertrains accompanied the debut of the 2023 GLC, consisting of mild hybrid as well as plug-in hybrid petrol and diesel powertrains, and now the manufacturer has released a sizeable collection of images of the GLC following the initial batch at its debut.

In addition to the GLC200 and GLC300e mild hybrid and PHEV variants shown with the debut of the X254 GLC, pictured here are the GLC220d diesel, the GLC300 petrol, as well as the GLC400e and GLC300de plug-in hybrids.

For the mild-hybrid petrols, the GLC300 4Matic is the more potent of the two from launch, the other being the GLC200 4Matic.

Joining the diesel range is the GLC220d 4Matic, which packs the same base diesel engine with 197 hp and 440 Nm of torque, albeit in mild-hybrid guise augmented by at electric motor contributing 23 hp and 200 Nm of torque. Here, the GLC220d 4Matic does 0-100 km/h in eight seconds, and a top speed of 219 km/h.

The X254-generation Mercedes-Benz GLC packs plenty of technology over its predecessor, the X253, given the equipment upgrades made possible by having lots in common with the W206 C-Class. Find out more about the latest 2023 GLC in the launch report here; meanwhile, check out the extended gallery of the German SUV in its different variants below.