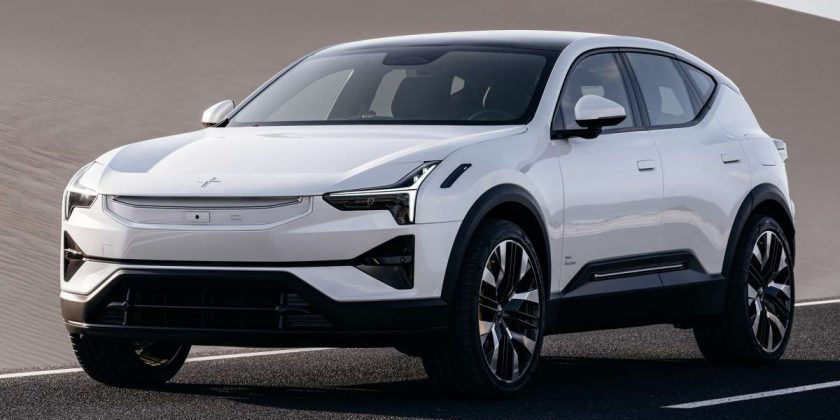 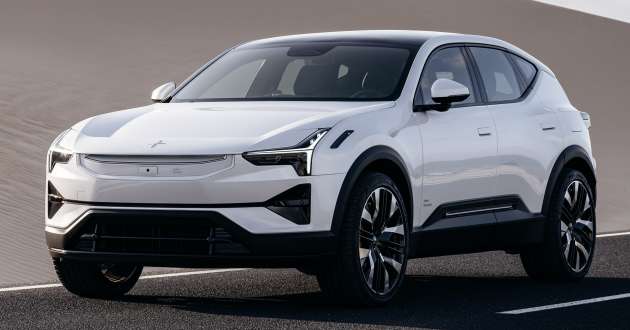 After some slow teasing over the past few months, the Polestar 3 has finally made its full debut. This is the Volvo-Geely sub-brand’s second fully electric model after the Polestar 2, and it will compete in the premium SUV segment that already has entrants like the BMW iX and Audi e-tron.

Unmistakably a Polestar at first glance, the five-seat SUV exhibits design cues seen on the Precept concept that serve to improve aerodynamics. As a start, the grille is not completely closed off as there’s a slim aero bridge that sends air over the bonnet.

The T-shaped headlamps also have a slightly split LED daytime running light signature, although this isn’t as dramatic as on the sedan show car. Further down, the 3’s black panels at the corners of the front bumper are linked by a strip running across the apron – like the 2 – while the lower intake is much larger to complement the SUV’s stature.

Down the sides, we find obligatory body cladding, chunky C-pillars and the 3 also sports distinctive side mirrors that are mounted on lengthy arms. You’ll also notice the roofline gently tapers into a rear spoiler that also serves as an aero element, while the window trim contributes to a mild “floating roof” look. 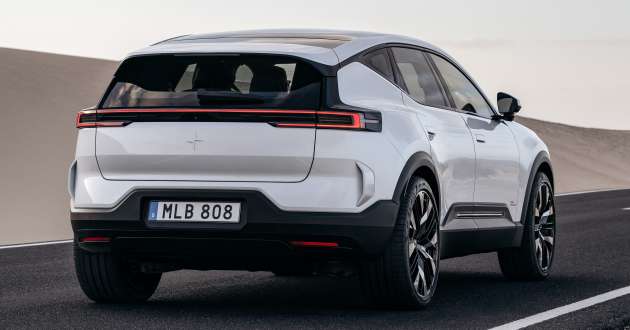 At the upright rear end, the 3 has taillights are shaped in a manner reminiscent of the 2, but flipped and shaped to be much, much slimmer. The surrounding black trim also blends in neatly with the trailing window line for a more cohesive appearance. Further down, Polestar points out the aero blades and specific pieces on the bumper that add to the SUV’s aero efficiency.

The interior of the 3 is minimalist by design, with the horizontal dashboard integrating slim air vents and is only interrupted by a 9-inch digital instrument cluster as well as a 14.5-inch portrait-format touchscreen. The latter features an evolution of Polestar’s in-car operating system that was co-developed with Google and is based on Android Automotive OS.

With this system, users will have access to a range of connected services and there’s also support for over-the-air (OTA) updates for continuous software improvements and the introduction of new features without the need to visit a service point.

Other highlights of the cabin include a floating centre console that only accommodates a media volume dial, an armrest, a covered storage cubby and a wireless charging pad – the gear selector is a stalk near the steering wheel.

On the practicality side of things, the 3 offers up to 484 litres of rear boot space (including 90 litres under the floor) when the seats are in their default position, or 1,411 litres with them folded down. There’s also a front trunk (frunk) – something the iX lacks – that provides a further 32 litres, and the roof can handle up to 100 kg.

At launch, the Polestar 3 will be available with a single powertrain option dubbed the ‘Long range Dual motor’. This comes with a 400-volt lithium-ion battery featuring a heat pump to manage thermals, 204 prismatic cells housed within 17 modules and a usable energy capacity of 107 kWh (111 kWh gross) that is expected to provide up to 610 km of range following the WLTP cycle.

Polestar did not provide detailed charging times, but it stated that the 3 supports AC charging (Type 2 connection) up to 11 kW and DC fast charging (CCS2 connection) up to 250 kW, the latter capable of getting the battery from a 10-80% state of charge in just 30 minutes. There’s also support for bi-directional charging, which is something the EX90 will also have – both are built on the second-generation Scalable Product Architecture (SPA2). 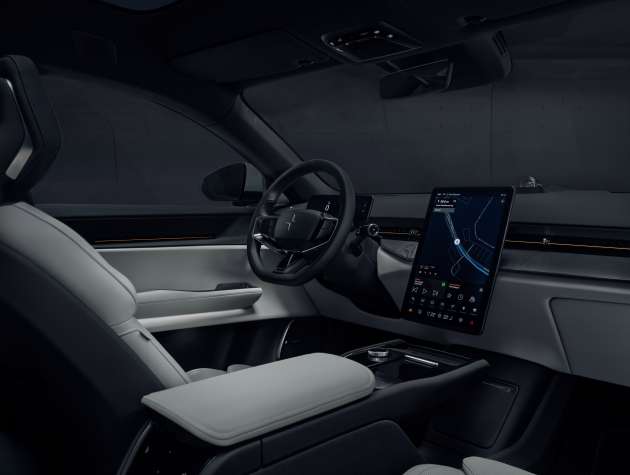 To manage its heft, the 3 features double wishbones at the front and a rear integral link setup, which is joined by dual-chamber air suspension and adaptive dampers capable of making adjustments every two milliseconds (500 Hz).

Moving on to equipment, the 3 gets quite a few things as standard, including the aforementioned air suspension, a panoramic glass roof, all-LED lighting inside and out, retractable door handles with proximity sensing and 21-inch alloy wheels.

The Plus Pack and Pilot Pack are also fitted as standard for the first model year and include a raft of premium, luxury and convenience features like a 25-speaker audio system from Bowers & Wilkins with 3D surround sound and Dolby Atmos capability, soft-closing doors, a head-up display and Pilot Assist.

From the second quarter of 2023, an optional Pilot Pack with LiDAR from Luminar will also be offered, adding on an additional control unit from Nvidia, three cameras, four ultrasonic cameras and a cleaning system for the cameras.

The optional Performance Pack mentioned earlier brings more than just additional power, as it also includes 22-inch forged alloy wheels (an upgrade over the standard 21 inchers), performance optimisation for the air suspension and ‘Swedish gold’ details like with the seatbelts.

Prices start at 89,900 euros (RM409,060), with the Performance Pack costing an additional 6,600 euros (RM30,021). Order taking will commence online from October 12, with production set to start for initial launch markets at Volvo Cars’ facility in Chengdu, China from mid-2023, with first deliveries expected in the fourth quarter of 2023.

Additional manufacturing at Volvo Cars’ Ridgeville, South Carolina facility in the United States is expected to follow towards the middle of 2024, from which point supply to North American and other markets is planned to switch from China to the US – initial deliveries from this factory are expected around the middle of 2024. This would make the Polestar 3 the company’s first SUV to be produced on two continents – the 2 is only made in China.