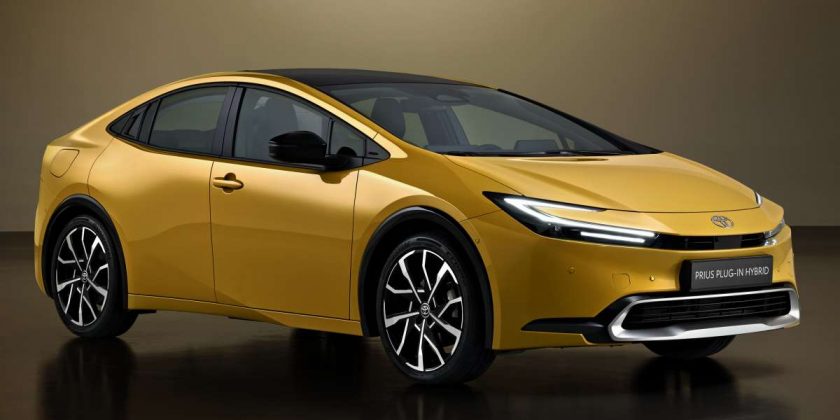 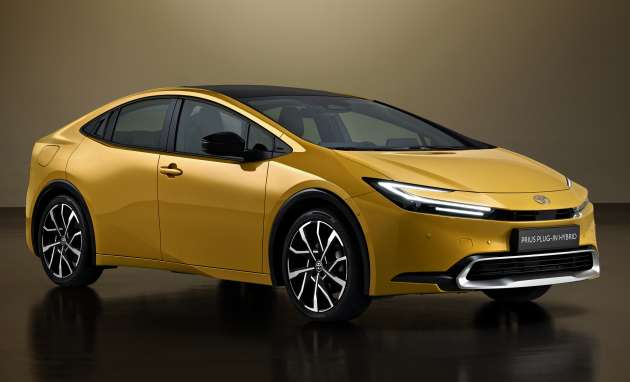 Following the introduction of the all-new Prius plug-in hybrid (PHEV) recently, Toyota has revealed additional details of the fifth-generation hybrid model. The new Prius PHEV is set to be introduced in Europe by mid-2023.

In terms of powertrains, the new plug-in hybrid Prius is powered by a 2.0 litre Dynamic Force Engine paired with an electric motor to deliver a total system output of 223 PS (164 kW). The higher output also means the Prius now takes just 6.7 seconds to get from 0-100 km/h (compared to the 11.1 seconds before). Despite the larger engine displacement, Toyota said that the new Prius is as fuel efficient as the previous 1.8 litre model.

It’s now also revealed that the battery pack that makes up the Prius’ PHEV powertrain is a new 13.6 kWh lithium-ion unit. The battery pack features higher energy density cells for optimised packaging and is now compact enough to be fitted under the rear passenger seat. 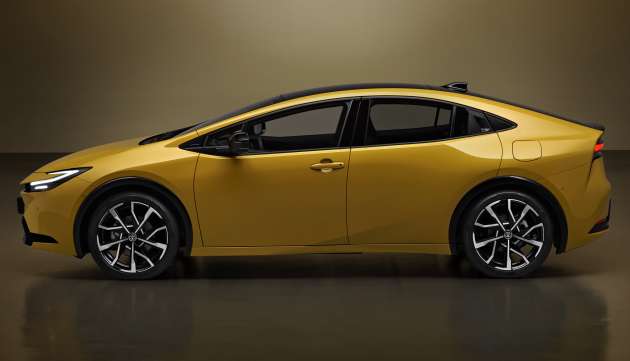 Aside from lowering the car’s centre of gravity, the new lithium-ion battery pack also provides the Prius with an EV range of 69 km – a 50% increase in pure EV range compared to the 40-50 km range offered in the previous generation model. A solar roof is also available to generate electric power while on the move.

Toyota claims that it can generate up to eight kilometres of EV range daily. It can even fully charge the car’s battery if parked for several days. Further details of the Prius’ dimensions were also revealed. It’s 50 mm lower, 22 mm wider and 46 mm shorter than before, with a 50 mm longer wheelbase. The new Prius is now offered with up to 19-inch wheels.

The cabin of the all-new Prius is built upon the new Island Architecture framework for a spacious and uncluttered interior as it is divided into three zones – surroundings, a driver module and a floating instrument panel. Ahead of the driver is a seven-inch TFT LCD display. Instrument panel illumination is linked to notifications from the Toyota Safety Sense driver assistance system, with alerts projected in various colours.

On the aspect of safety, the Prius’ Toyota Safety Sense system now features an enhanced front camera with twice the forward detection capabilities from before, along with a wider lateral and vertical view. This allows the camera to detect nearby objects earlier while also identifying a wider range of potential hazards such as roadside objects. Radar sensors have also been fitted to the front side section to support the pre-collision system, lane trace assist and front cross-traffic alert features.

The increased detection range also means pre-collision alerts now include motorcycle and oncoming vehicles, in addition to enhanced vehicle and pedestrian avoidance. The pre-collision system works in tandem with the new Intersection Collision Avoidance Support to detect pedestrians crossing when the vehicle is turning and react to vehicles crossing a junction.

The new Proactive Driving Assist alerts and supports the driver with steering and braking support provided by the Obstacle Anticipation Assist system. The Deceleration Assist feature slows the vehicle down when the accelerator is released with varying levels of deceleration according to approaching turns or traffic. The Prius’ Steering Assist feature, on the other hand, detects the upcoming road direction and adapts the power steering strength to aid smoother cornering.