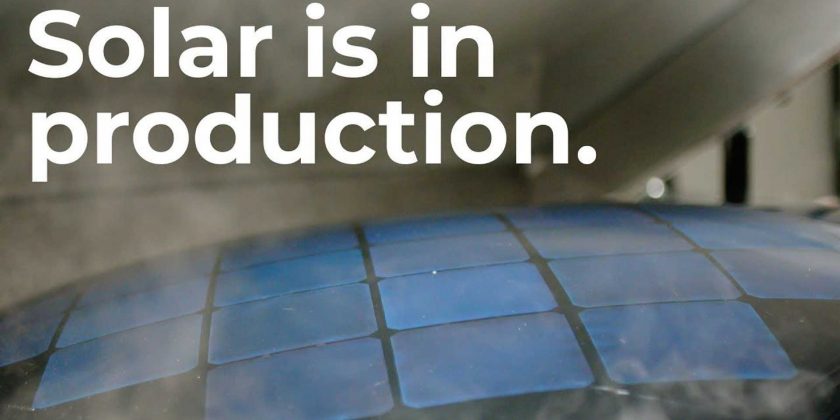 Aptera seems to have come a long way in the last year and now looks like it’s on the home stretch to actually start production. The startup, initially founded in 2005 and then re-formed in 2019, has been making a lot of progress, recently showing a very close-to-production version of its three-wheeler solar EV.

Now the company has announced that it has entered a cross-company cooperation deal with Singapore-based Maxeon Solar Technologies, which has already begun production of solar cells for the Aptera sEV. In an email we received from the Aptera media team, they note “this announcement means we’ve completed one of the most challenging aspects of our solar electric vehicle (sEV) and are one step closer to making solar mobility a reality for all.”

We’re excited to award our solar cell supply business to Maxeon, an industry leader advancing the highest quality solar products. This strategic alliance between Maxeon and Aptera will take Aptera into the next phase of our growth

We’re pleased to have been selected by Aptera to bring this next phase of solar innovation to market. The vehicle will feature the same extraordinary cells as those found in our high efficiency solar panels powering homes and businesses.

Aptera promises that these solar panels will give its three-wheeler up to 40 miles (64 km) of free daily range from the Sun. The version with the largest battery pack will have a claimed range of 1,000 miles on one charge of its 100+ kWh battery, not factoring in the boost provided by solar energy.

However, this larger battery pack has yet to be revealed and most Apteras will probably be bought with the smaller 41 kWh or 60 kWh batteries, which should provide EPA ranges of 400 miles and 600 miles respectively. Aptera has also mentioned an even smaller 23 kWh battery pack for the base version, which should still be good for a range of 250 miles.

It currently has over 32,000 reservations, with deliveries planned for 2023, when the company plans to ramp up production to start meeting some of those orders. All vehicles will be assembled at Aptera’s 130,000 square-foot factory in Vista, California.