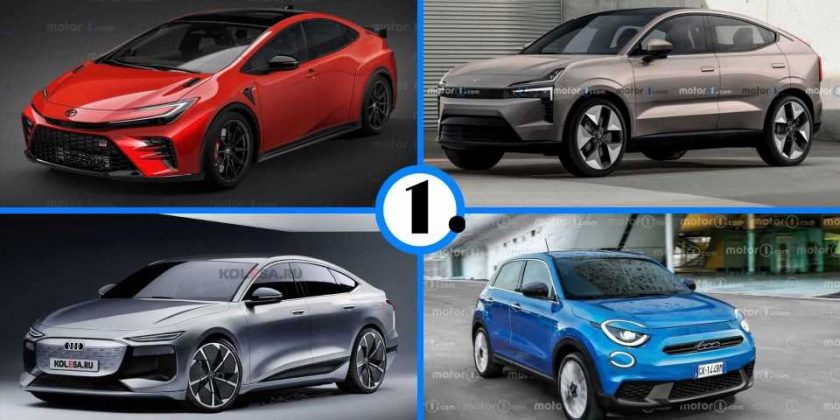 Every week we publish a lot of renderings. While some of them preview actual new models coming in the next few months, others are mostly done for fun. Those imagine super-futuristic creations that are likely not going to hit the production lines anytime soon, if ever at all.

Here at Motor1.com, we all love virtual drawings and that’s why we figured we’d share one extra rendering article every week. It combines the best design exercises our own artists create, as well as images provided by independent automotive designers, students, and just regular gearheads.

We’ll update this article with the new renderings from the last week every Thursday. Thus, you’ll have all cool digital interpretations handy when you want to take a brief look into the future.

Polestar will reportedly get its own version of the Volvo EX30, though it will be optionally available in a more powerful dual-motor configuration. This rendering previews the model, which isn’t supposed to debut until 2024 or 2025.

This is purely for fun and more like a design exercise as we don’t expect to ever see a Toyota GR Prius enter production. Our artists played with the idea, however, and find this hot hybrid quite appealing.

Audi is readying a new electric sedan that is supposed to debut sometime next year. We’ve seen it testing on a number of occasions and this new rendering proposes some minimal design changes compared to the previous drawing based on the most recent spy shots.

There’s a rumor circulating the internet that Fiat is working on a successor for the Multipla, which could come together with a new Fiat 600. We envisioned the latter as a subcompact crossover about four meters long.