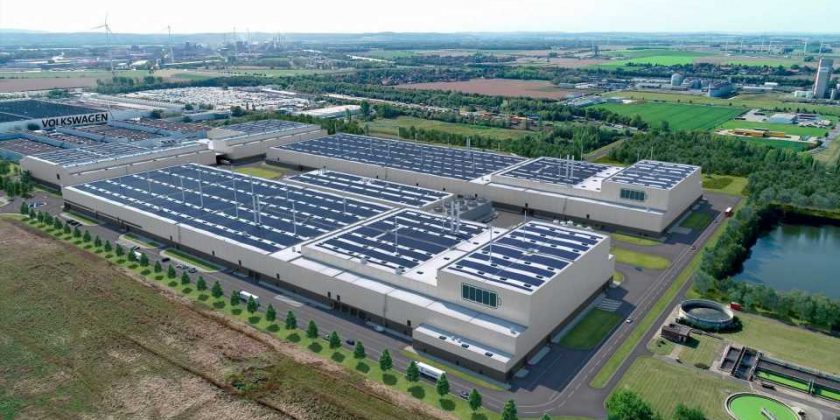 The Volkswagen Group and its battery subsidiary PowerCo have announced their intention to start scouting locations for the automaker’s first battery cell gigafactory outside Europe.

The companies said they would accelerate the build-up of their global battery business through rapid expansion to North America, more specifically in Canada.

Volkswagen AG CEO Oliver Blume and the Canadian Minister for Innovation, Science and Industry, François-Philippe Champagne, signed an Addendum to the non-binding Memorandum of Understanding (MoU) of August 2022 to identify suitable sites for a battery cell factory in Canada.

The two parties—with Canada representing its mining sector—said they would continue their cooperation in the areas of battery value creation, raw material supply chains and cathode material production.

“Battery technology is key for our strategy ‒ which is why we are forging ahead with the expansion of battery business at full speed. Canada is one logical option for the construction of a gigafactory in the region of North America. The country offers high sustainability standards and ideal economic conditions and the government of Canada has already proven to be a strong and reliable partner. This is just the beginning: The EV market in North America is at a turning point and we’re committed to investing across the entire region to leverage this historic chance for Volkswagen and our customers.” 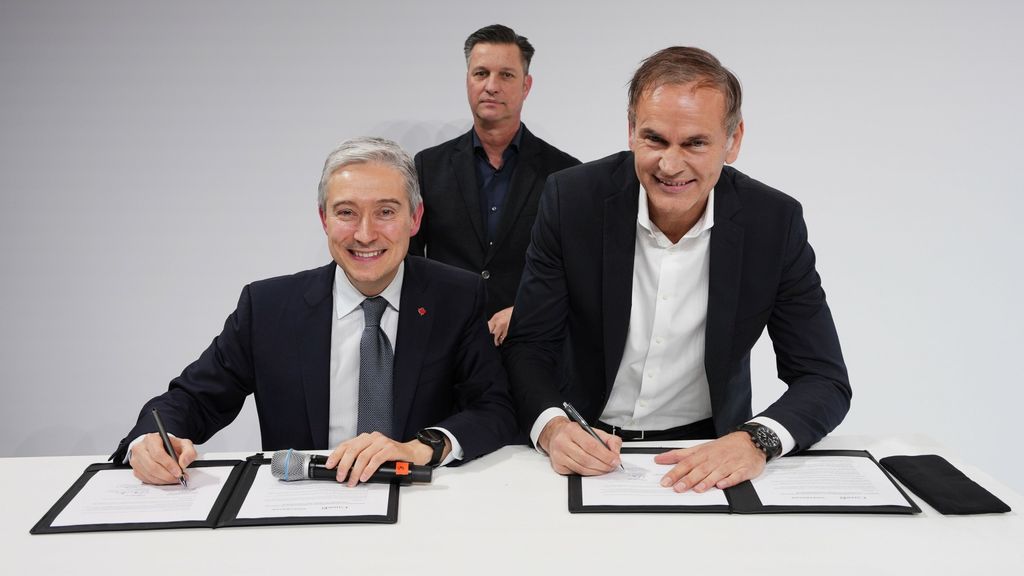 The Addendum to the MoU was signed on December 1 as part of Volkswagen Group Technology’s “be more” global leadership conference in Wolfsburg, Germany. The key element in the Addendum is the search for potential sites for a gigafactory, with Canada being considered on the shortlist of sites for a North American plant in addition to other options.

“For each investment in environmentally sustainable battery production, we will not only consider site characteristics and infrastructure but also, and especially, the availability of adequate quantities of energy from renewable sources and competitive financial conditions. PowerCo will conduct intensive negotiations with all parties concerned in the near future with a view to identifying the most competitive site.”

Thomas Schmall, Board Member for Technology of Volkswagen AG and Chairman of the Supervisory Board of PowerCo SE

In addition to the gigafactory location search announcement, Volkswagen’s PowerCo has agreed with materials technology group Umicore to investigate a strategic supply agreement on cathode material for North America.

Building on their existing cooperation in Europe for precursor and cathode material production announced in September, the two parties signed an MoU concerning a long-term strategic partnership to secure cathode materials for future cell production in North America. This concerns a volume of up to 40 gigawatt-hours (GWh) per year in 2030, corresponding to about 550,000 all-electric vehicles. Deliveries are planned to start in 2027.

Umicore plans to start construction of a plant for the large-scale industrial production of cathode materials and precursors in Canada from 2023 onwards, the first of its type in North America. 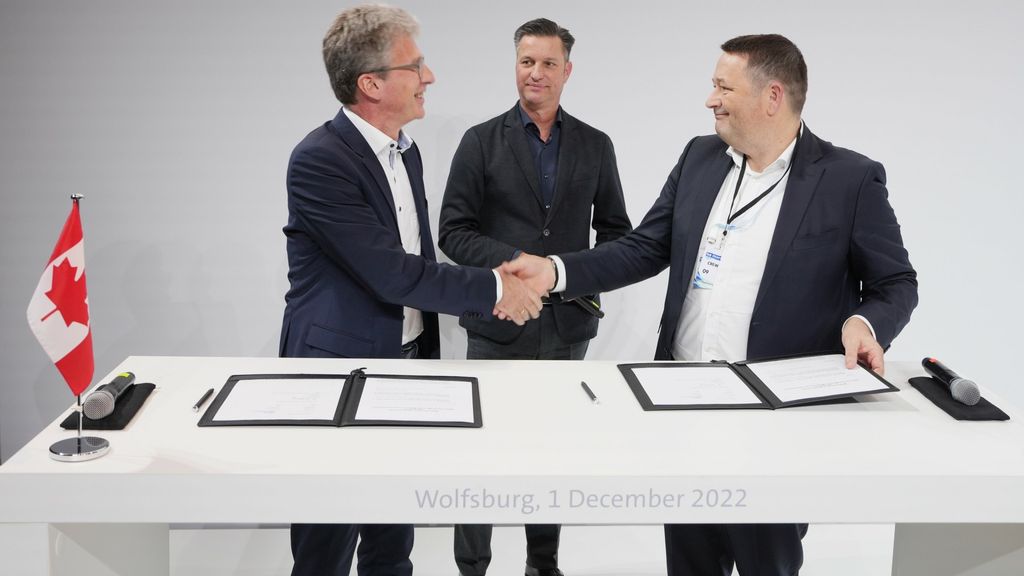