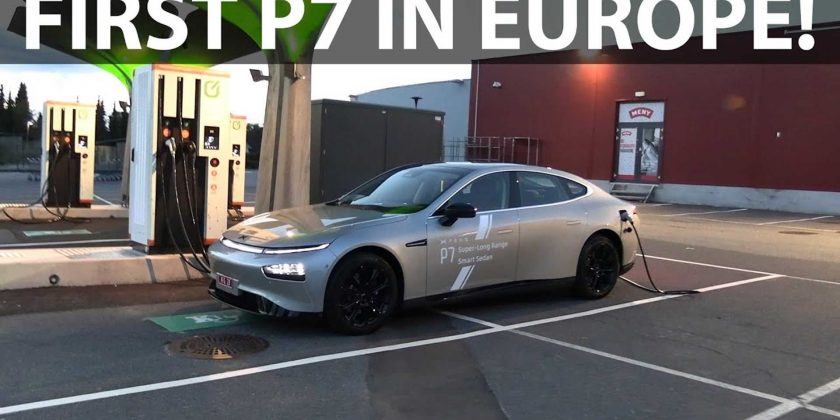 It’s apparently the only Xpeng P7 that has so far been shipped (and tested) outside China, so it’s a bit of an event.

Xpeng P7 is the electric sedan that everybody is talking about these days as a real possible alternative to a Tesla sedan. It was only just launched in China, but one lucky YouTuber did manage to get one delivered to him in Europe in order to gauge just how good it is.

Tesla Bjorn is that man and he says the car he’s now driving in Norway is actually the only P7 outside China. As usual, he will be posting several videos detailing his experience with the car, and the first one he chose to post is about the car’s acceleration and noise levels.

The all-wheel drive, 430 horsepower P7 Performance has a claimed sprint time from naught to 100 km/h (62 mph) of 4.3 seconds. However, Bjorn didn’t quite manage to get the car to match the manufacturer’s claim, although it did come to within two tenths of achieving it.

He also points out that even with the car in its sportiest mode, when you stab the go pedal, the car gradually picks up; it’s not like in other high performance EVs, like Teslas or the Porsche Taycan, where you feel like you’re being kicked in the back when you suddenly floor it.

In this respect, it is somewhat like the Mercedes-Benz EQC, although in the case of the EQC, power delivery immediacy does change when you put it in Sport. The P7 is like the EQC in another area, in terms of cabin quietness and refinement which Bjorn rates as very good.

He also posted another video that’s a lengthy (43-minute long) driving review of the car (the video right above). Based on his experience with the car, it’s pretty clear that the P7 is a serious contender and once it does leave China and reaches Europe and the U.S., it could really shake up the electric sedan segment of the car market.