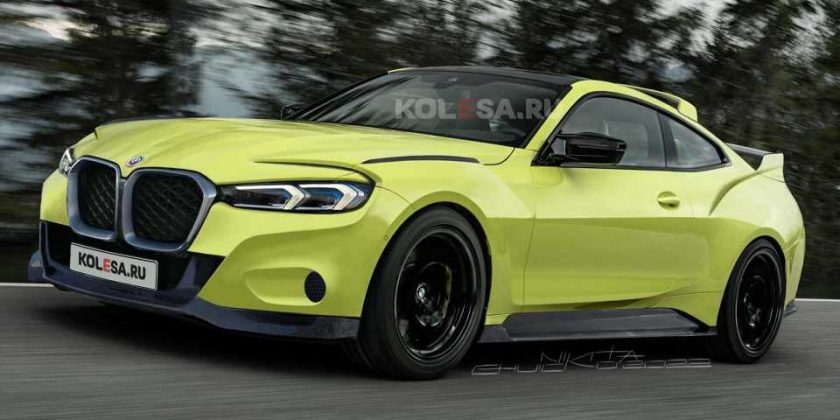 Who knew the M4 lineup could get this complicated? You have the base and Competition models, manual and automatic gearboxes, rear- and all-wheel drive, along with the convertible and the coupe-only CSL. The latter serves as the temporary king of the hill until the end of the year when BMW will let loose of the 3.0 CSL as a namesake hommage to the original Coupe Sport Lightweight from the stunning E9 era.

While its ancestor – of which just 167 units were ever made – was a homologation special, the modern-day tribute serves a different purpose. It represents the culmination of BMW M’s celebrations in 2022 when the performance division marks its 50th anniversary. Featuring a far less controversial kidney grille than any other M4 on sale today, the 3.0 CSL has now been rendered based on the first spy shots we saw at the end of last month.

The test vehicle seemingly had M3 CSL-esque round air intakes (albeit the E46 only had one) and bulging wheel arches along with a more muscular hood. The back of the car was just as interesting, featuring a roof-mounted spoiler that hovered over the shark fin antenna. The prototype teased by BMW and caught on camera by our spies also had a chunky wing on the trunk lid for added downforce. Reworked taillights were peeking through the colorful livery designed to celebrate half a century of M.

Allegedly a forbidden fruit in the United States (much like the M3 Touring), the 3.0 CSL will be by far the most exclusive CSL of them all. In fact, it’s set to become the priciest new BMW ever. Production is reportedly capped at just 50 cars and each one will cost an eye-watering €750,000. It’ll supposedly be a rear-wheel-drive-only affair with the inline-six dialed to roughly 560 horsepower channeled to the road via a six-speed manual.

The wraps will come off late this year, presumably after the M2 G87 and the production-ready XM plug-in hybrid SUV.