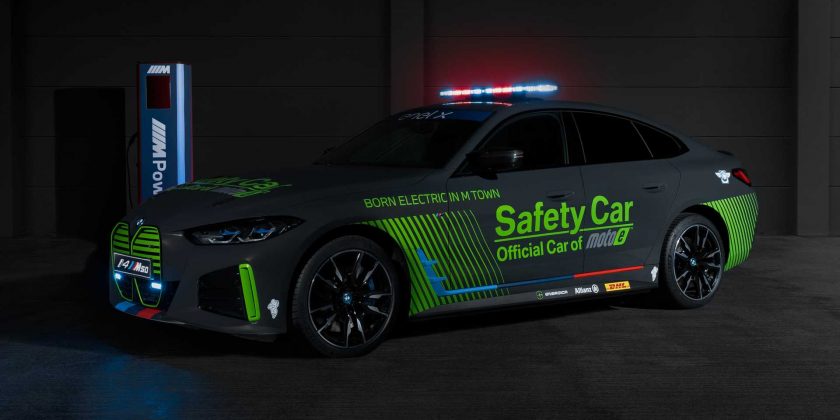 In March this year, Mini unveiled the new Formula E safety car, which replaced the BMW i8. Now the sports car is being retired from one more racing series as the Bavarian brand has just unveiled the new safety car for the MotoE. The i4 M50 has debuted as BMW’s first-ever all-electric safety car.

Set to make its first dynamic appearance on track during the Motorcycle Grand Prix of Austria on 15 August at the Red Bull Ring track. The electric sedan will lead the field in the electric motorcycle series, which takes place on the support program for the flagship MotoGP series. The i4 M50 becomes a safety car as part of the model’s November 2021 market launch promotions. 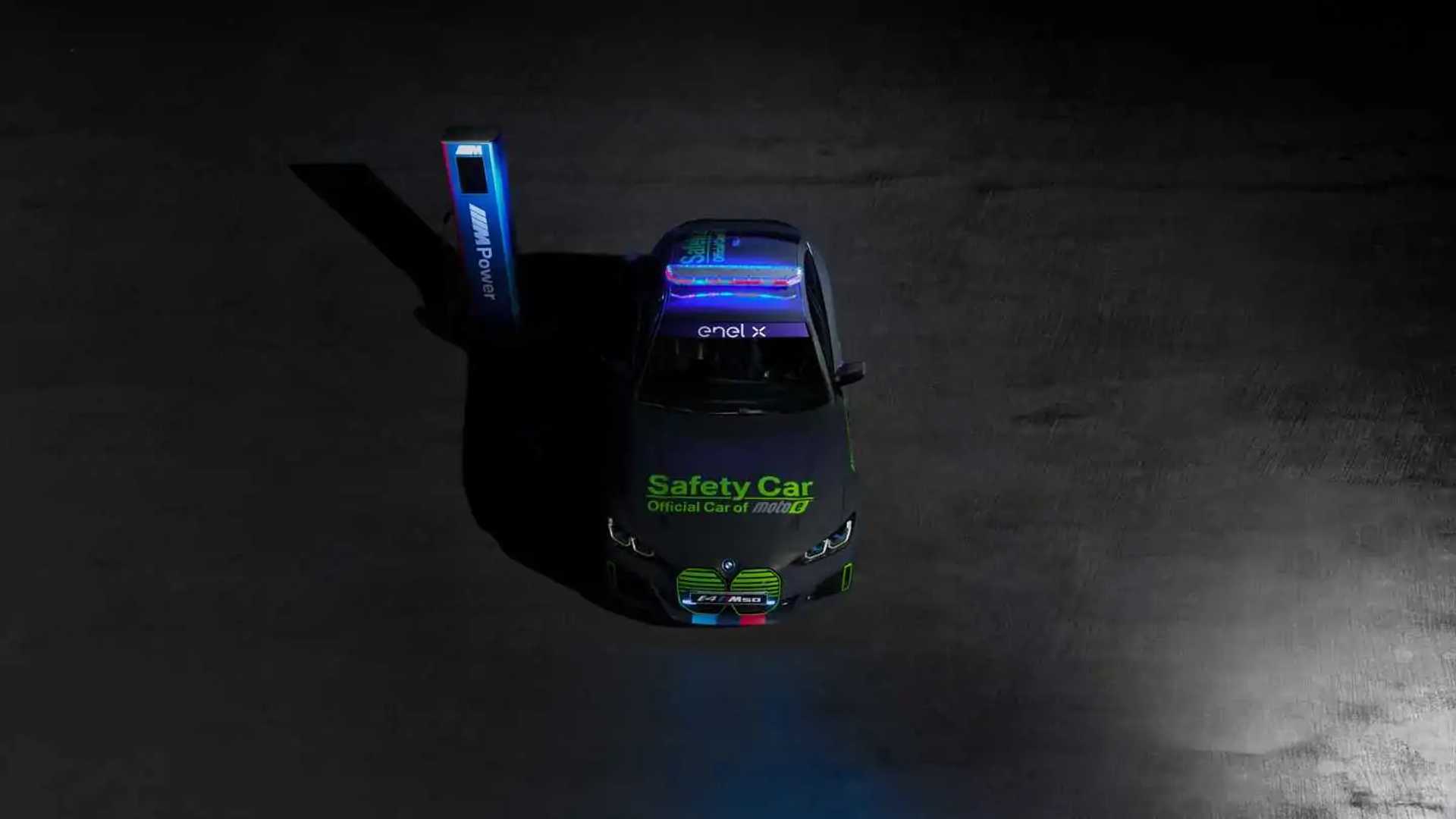 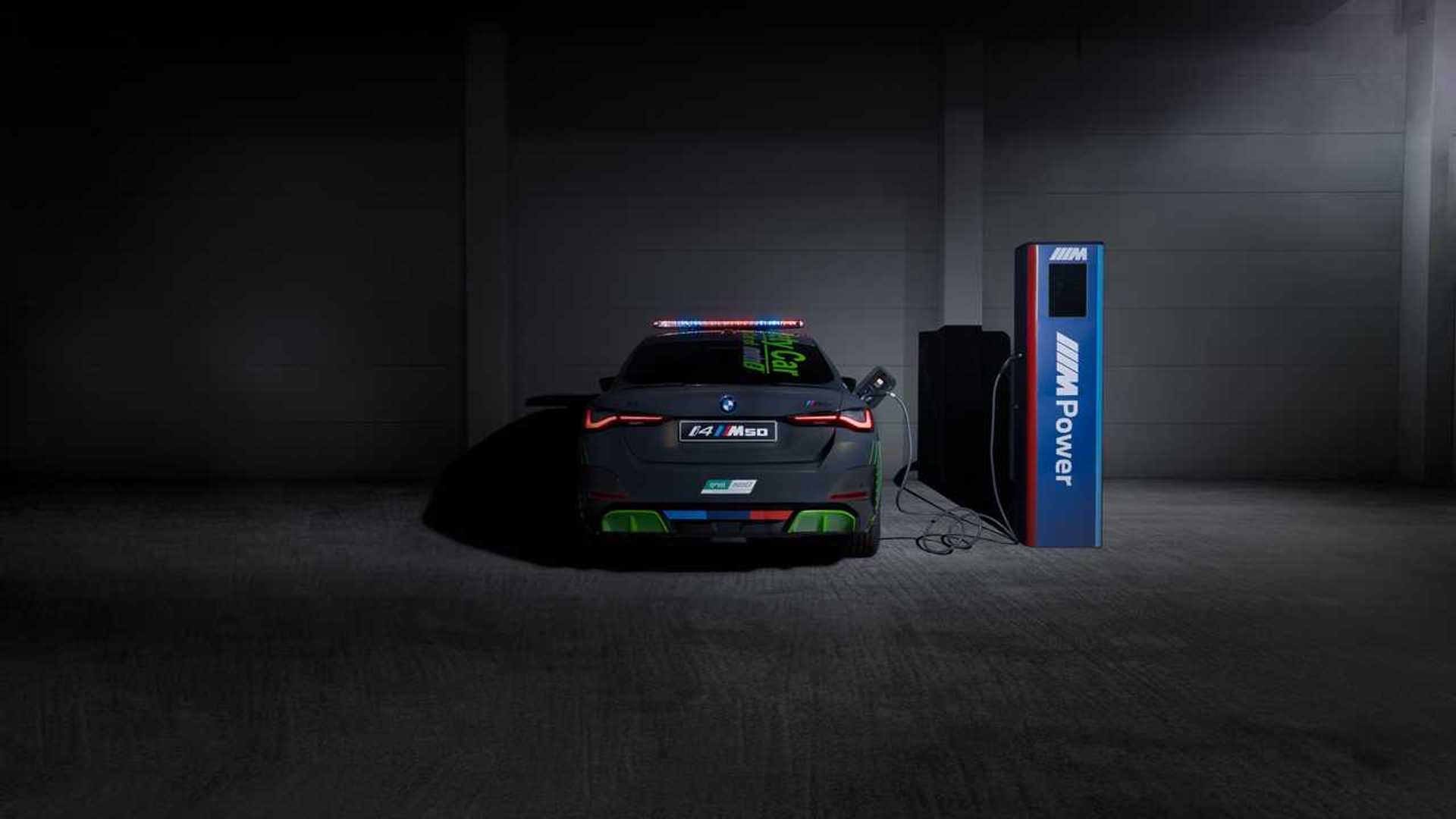 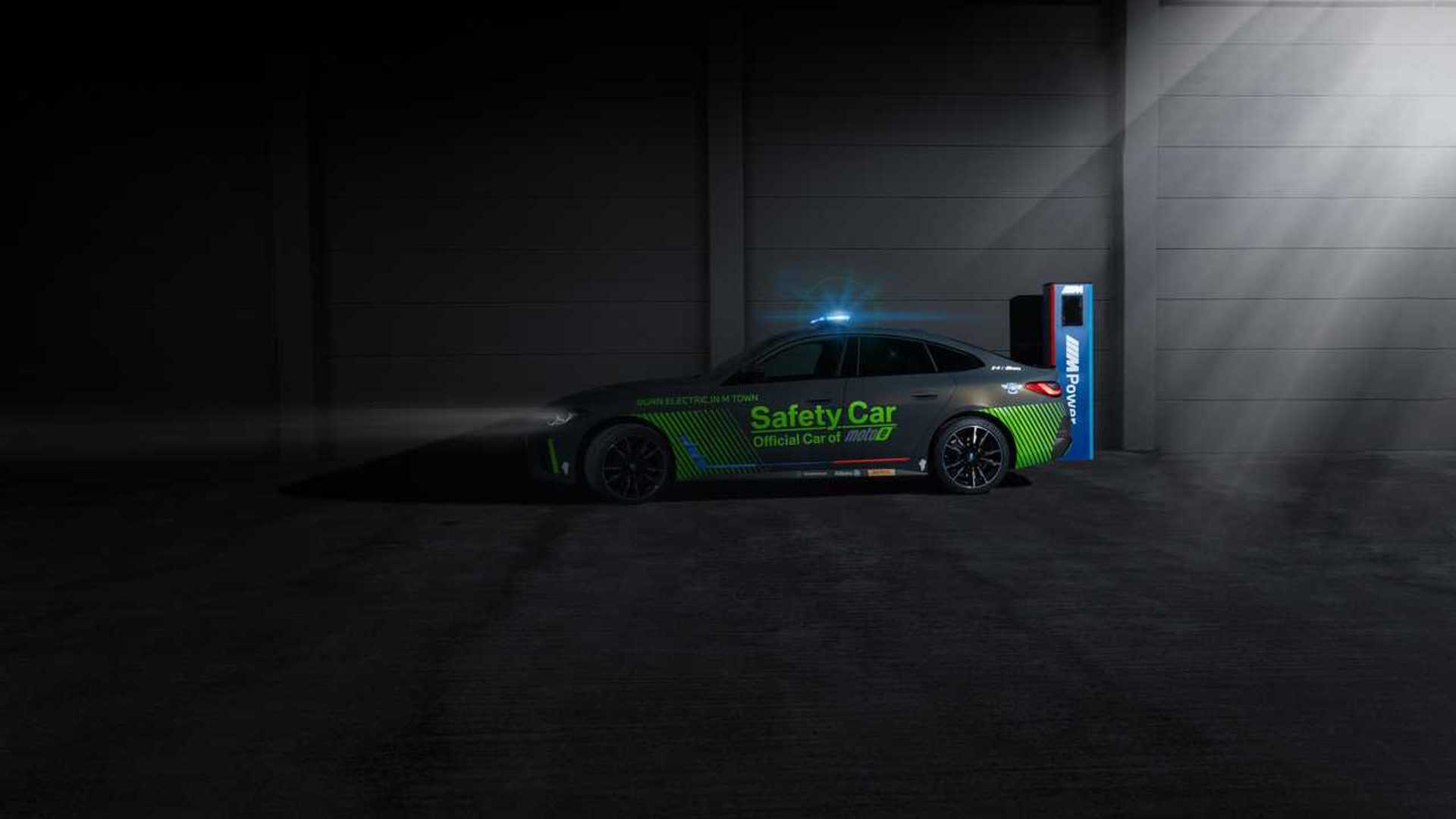 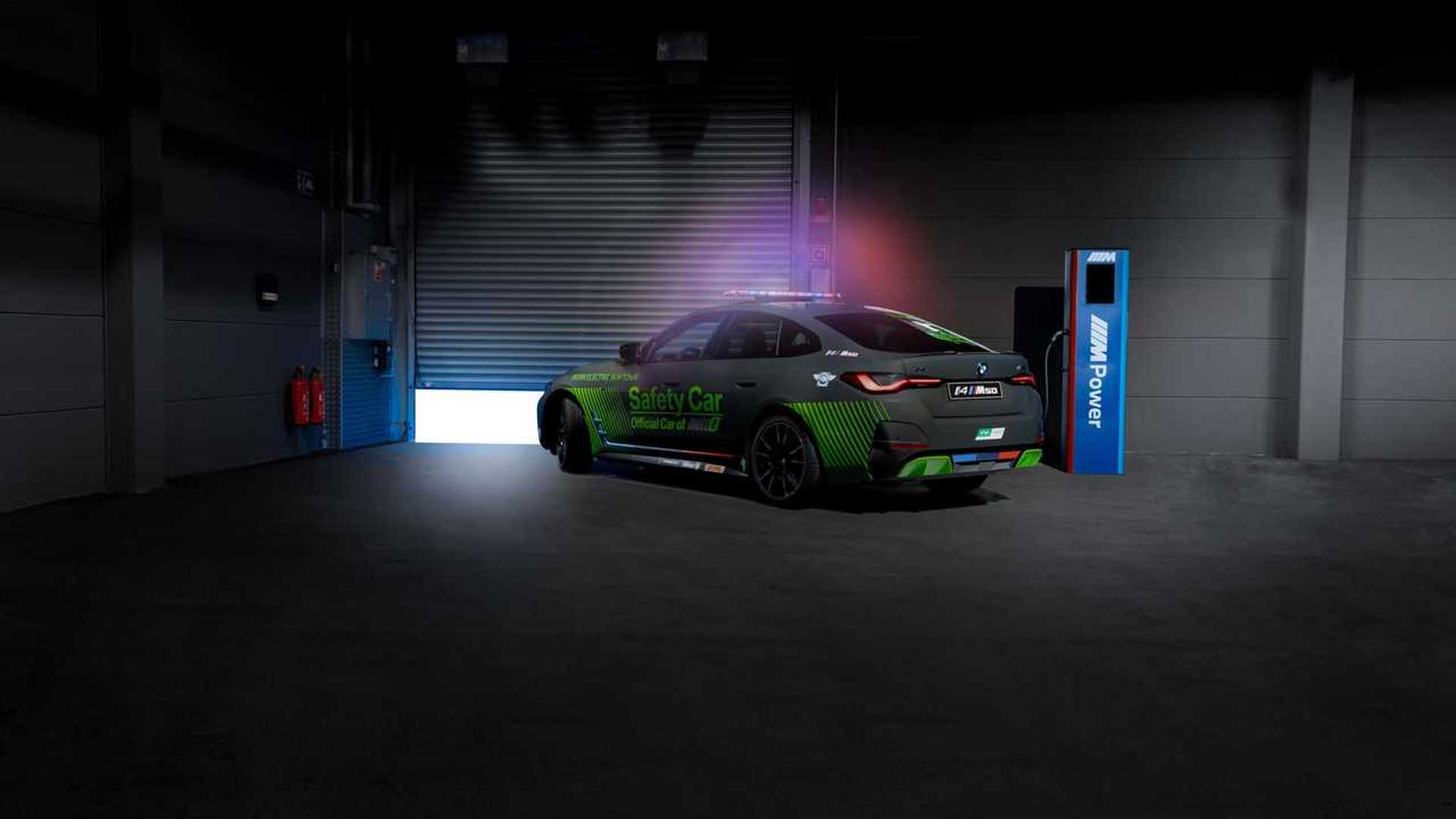 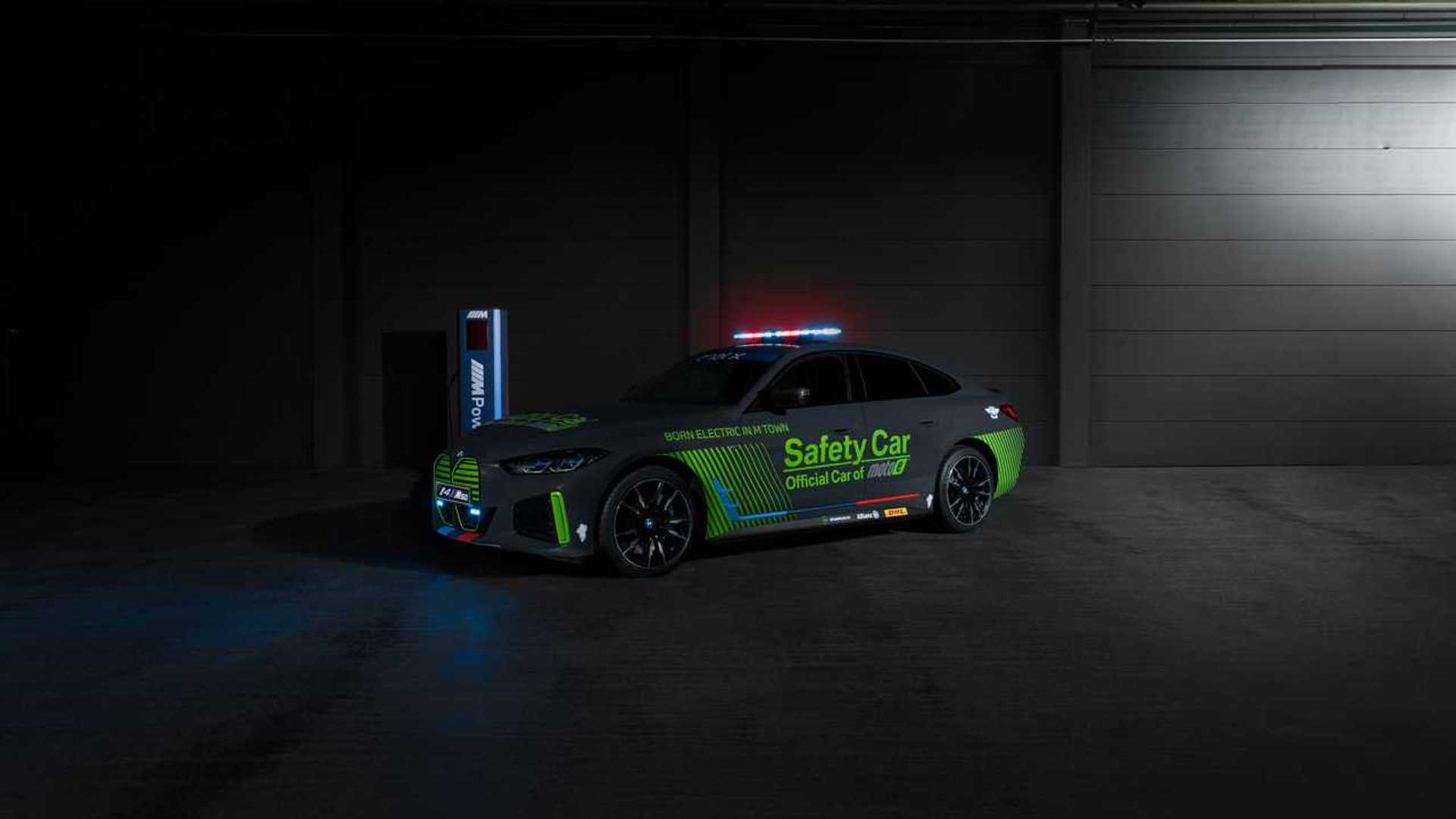 Powering the colorful four-door EV are two electric motors, one for each axle with a combined output of 544 horsepower (406 kilowatts) and all-wheel drive. In addition, there are performance upgrades from the M division, including M-specific chassis technology, larger brakes, and aerodynamic improvements. The 0 to 62 miles per hour (0-100 kilometers per hour) acceleration should take about four seconds.

“While the production version of the four-door Gran Coupé will hit the market in the autumn, our fans can enjoy its world premiere at the racetrack this summer. There could not be a more appropriate safety car for MotoE than the BMW i4 M50 – pure performance, fully-electric. We are looking forward to the premiere in Spielberg,” Markus Flasch, BMW M CEO, comments.

Visually, MotoE’s new safety car features an interesting exterior color combo with a dark gray main color and contrasting electric green stripes and branding. We can’t help but notice the giant kidney grilles have also been finished in the same green hue which makes them stand out even more.