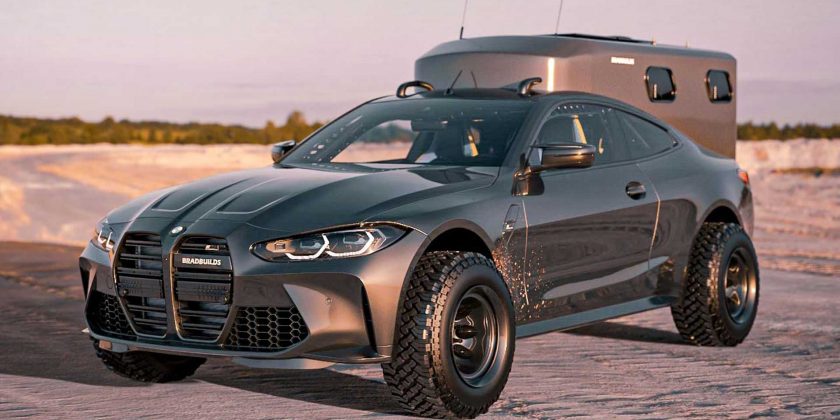 Okay friends, we need you to suspend your disbelief for just a few minutes. Yes, the new BMW 4 Series is a very polarizing vehicle with its gigantic kidney up front. Yes, that same grille transitioned to the M4 and arguably became worse with its slatted-versus-mesh design. Yes, pretty much every person we’ve encountered hates it, but take a moment and look at these renderings. Does this bodacious Baja-battlecar M4 really look bad?

This is purely a work of fiction, of course. We came upon these outstanding renderings from BradBuilds on Instagram, and we were so gobsmacked we asked if he could send us some more. The shock value of seeing a camper shell on an M4 is what initially grabbed our attention, but as we pored over the designs, something very strange began to happen. We started to like it, and then we really started to like it. Could the solution to BMW’s ginormous grille be as simple as adding a ginormous set of tires? 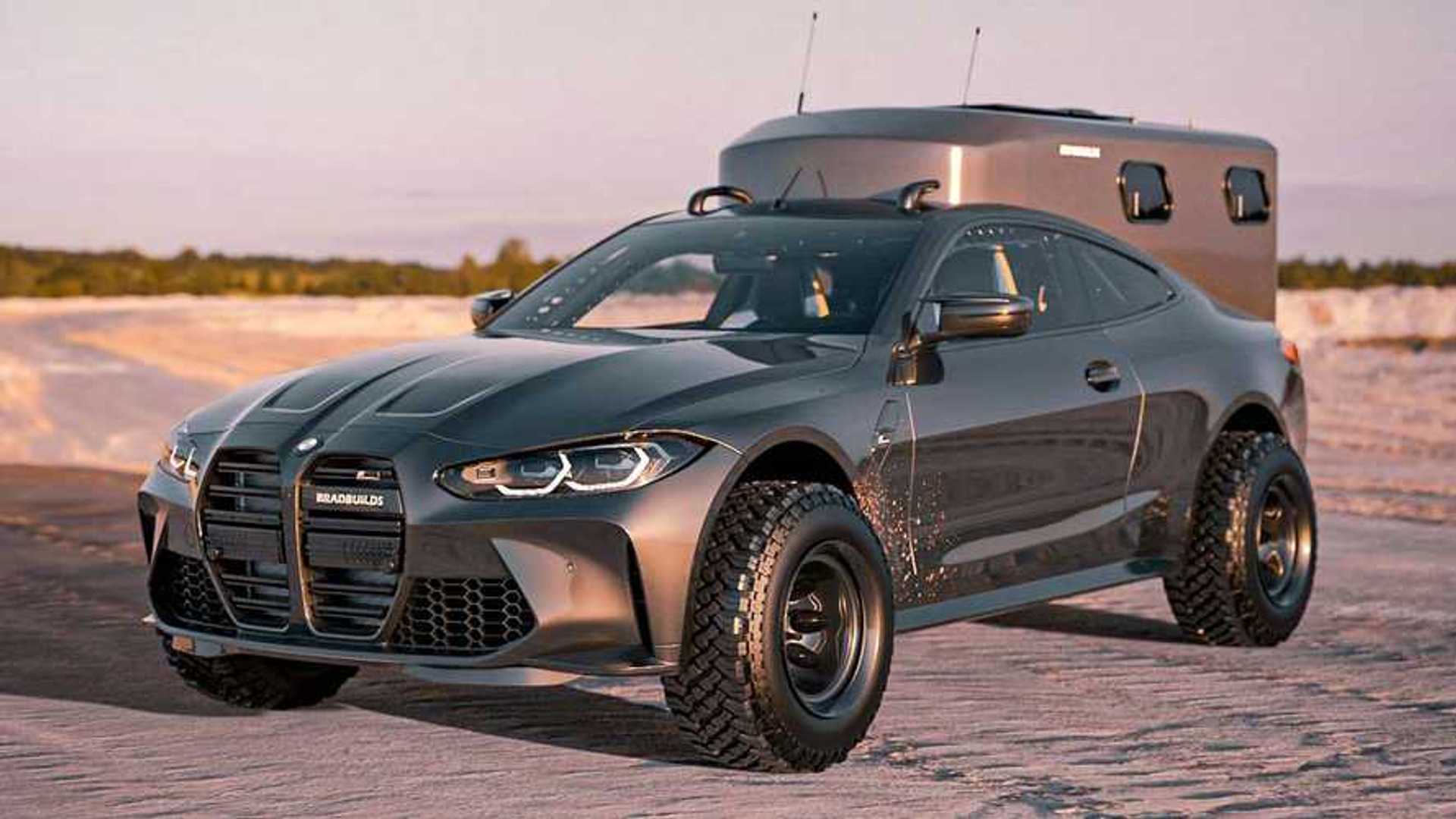 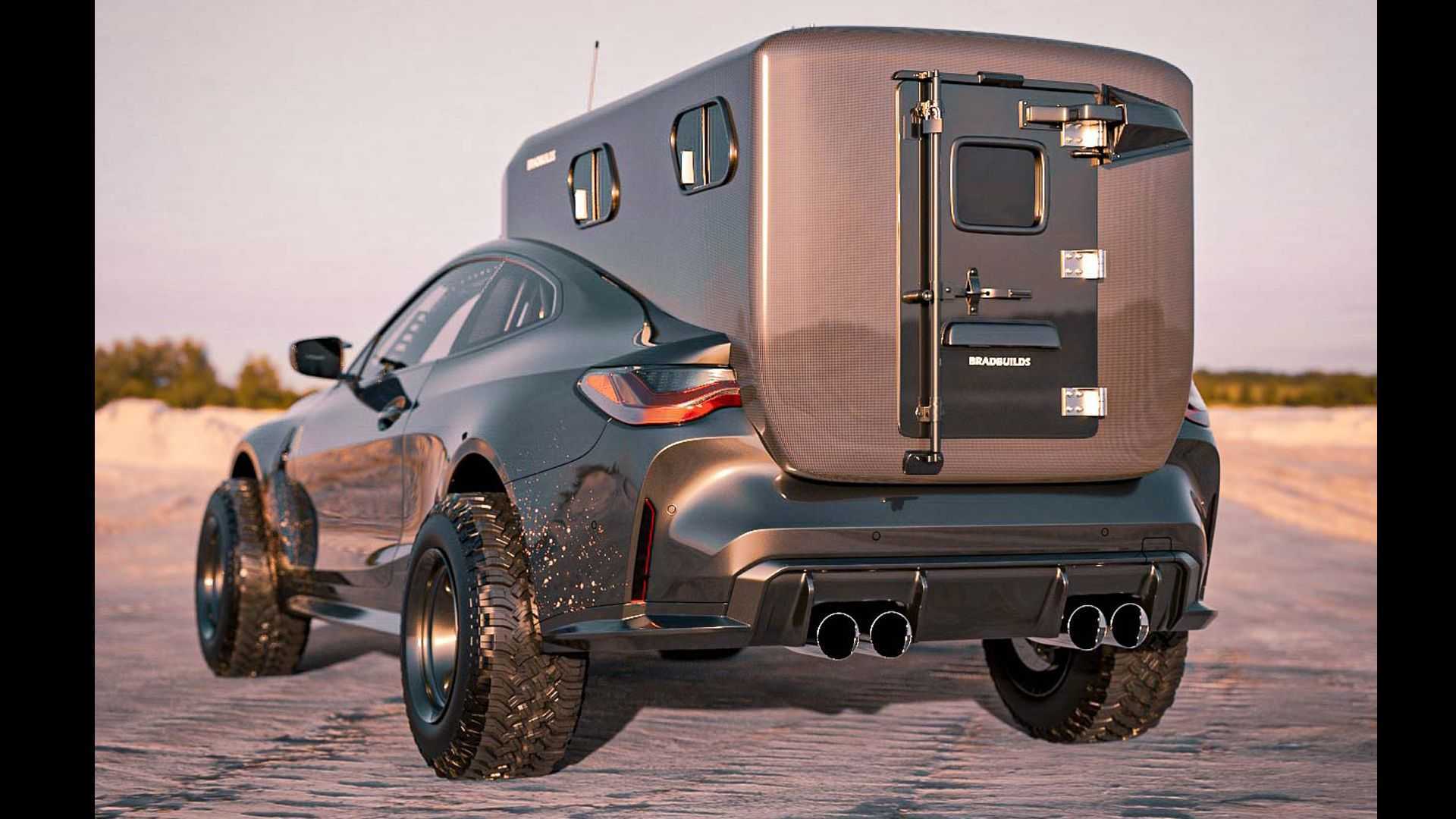 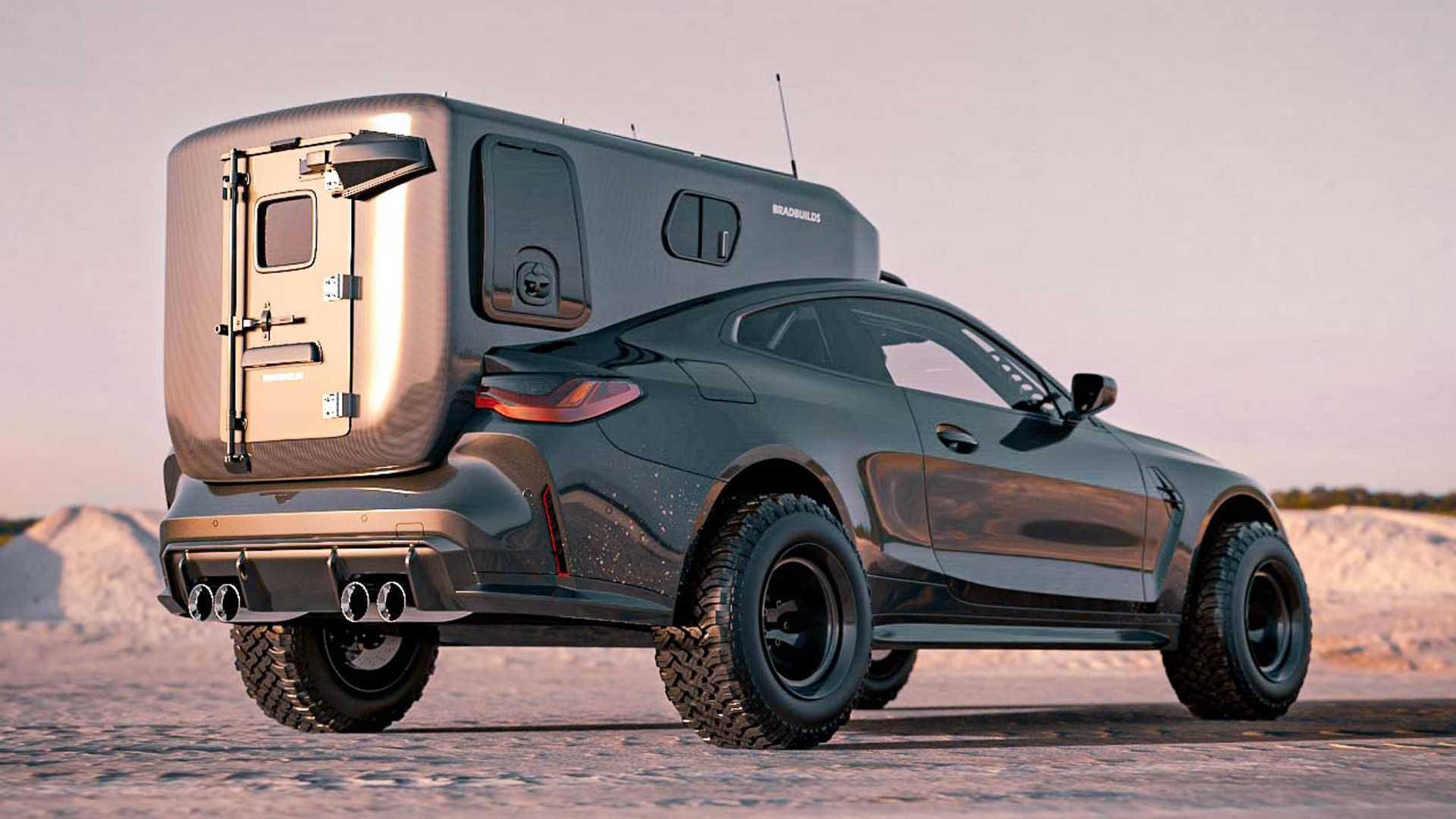 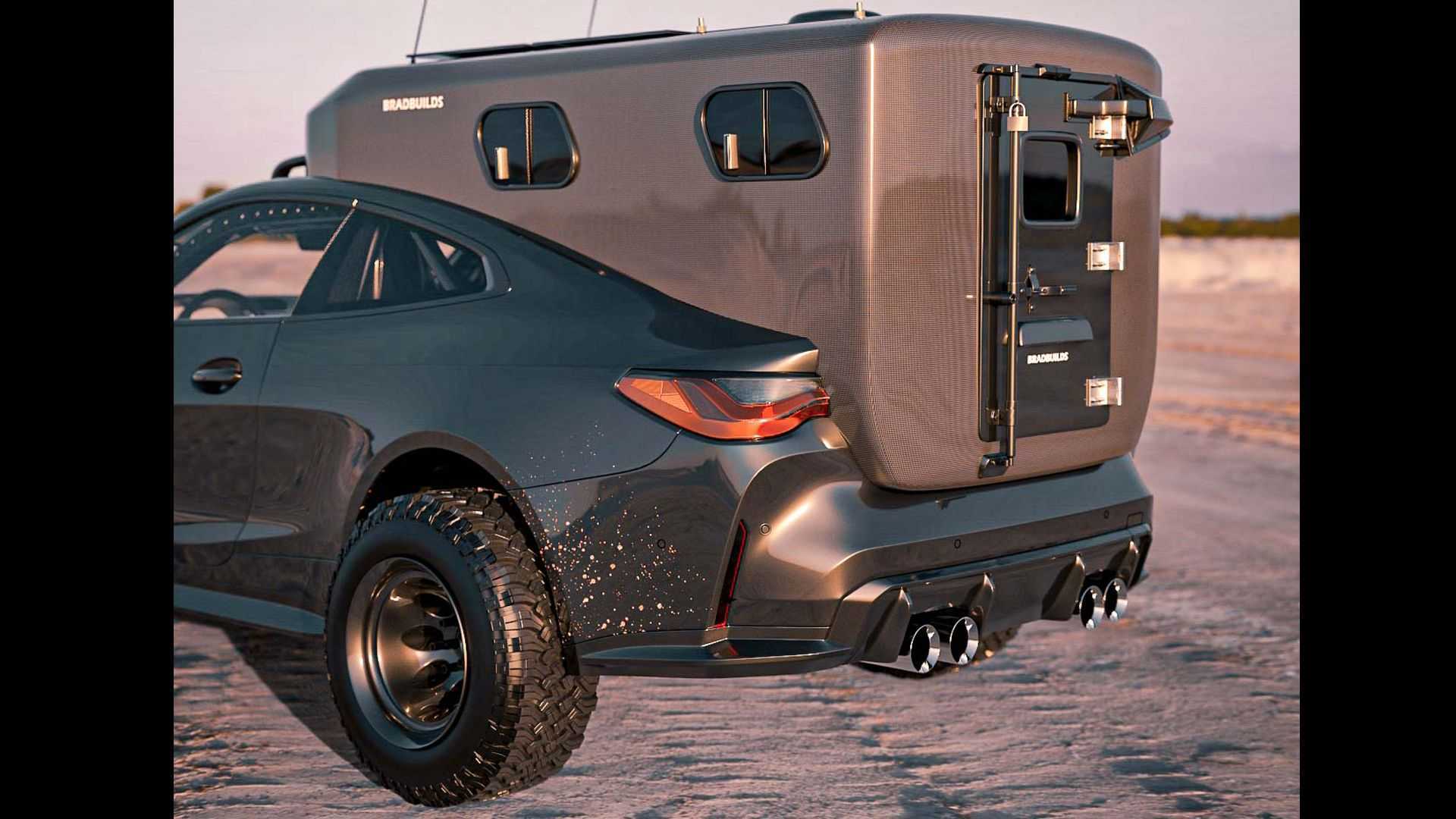 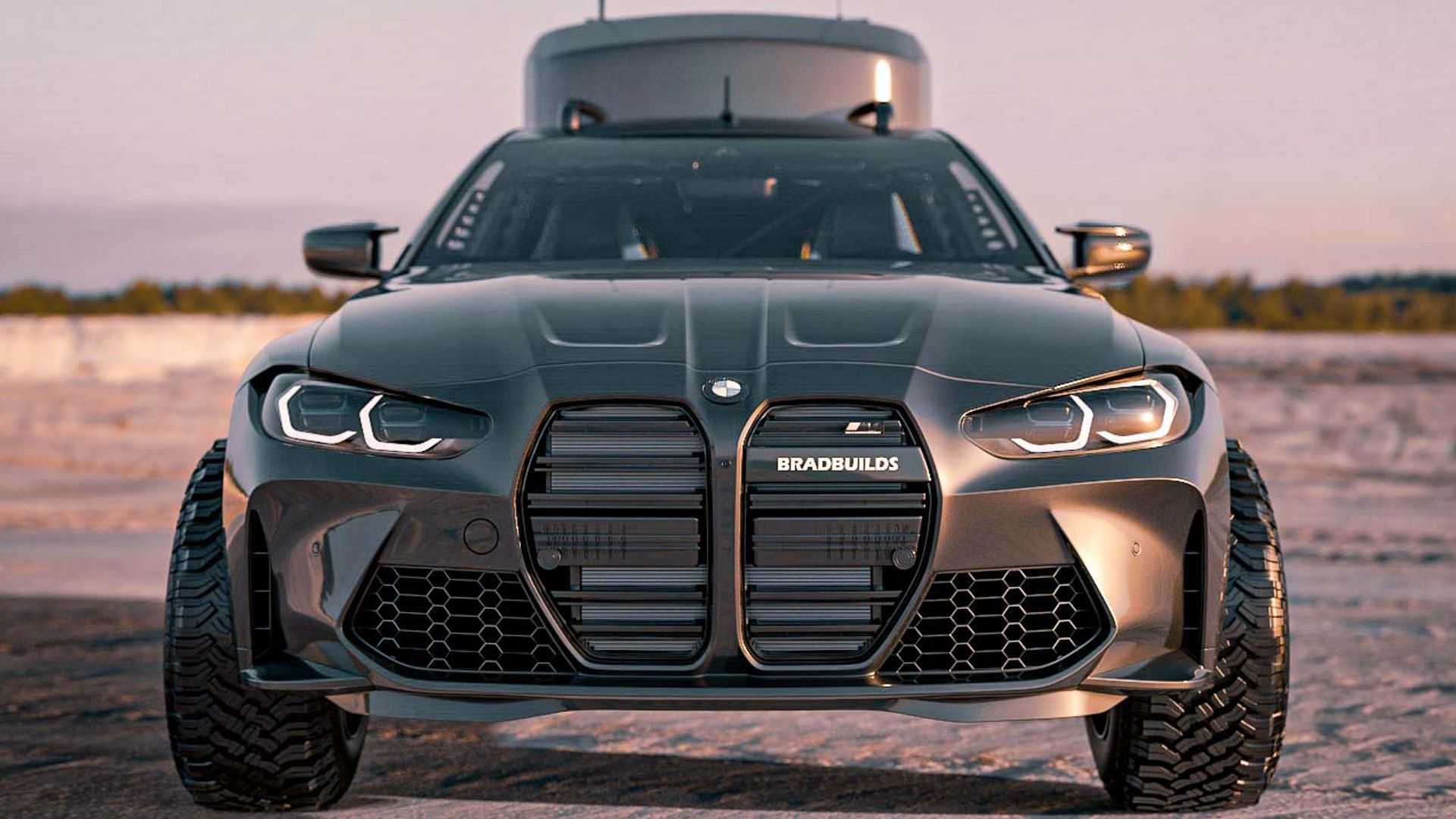 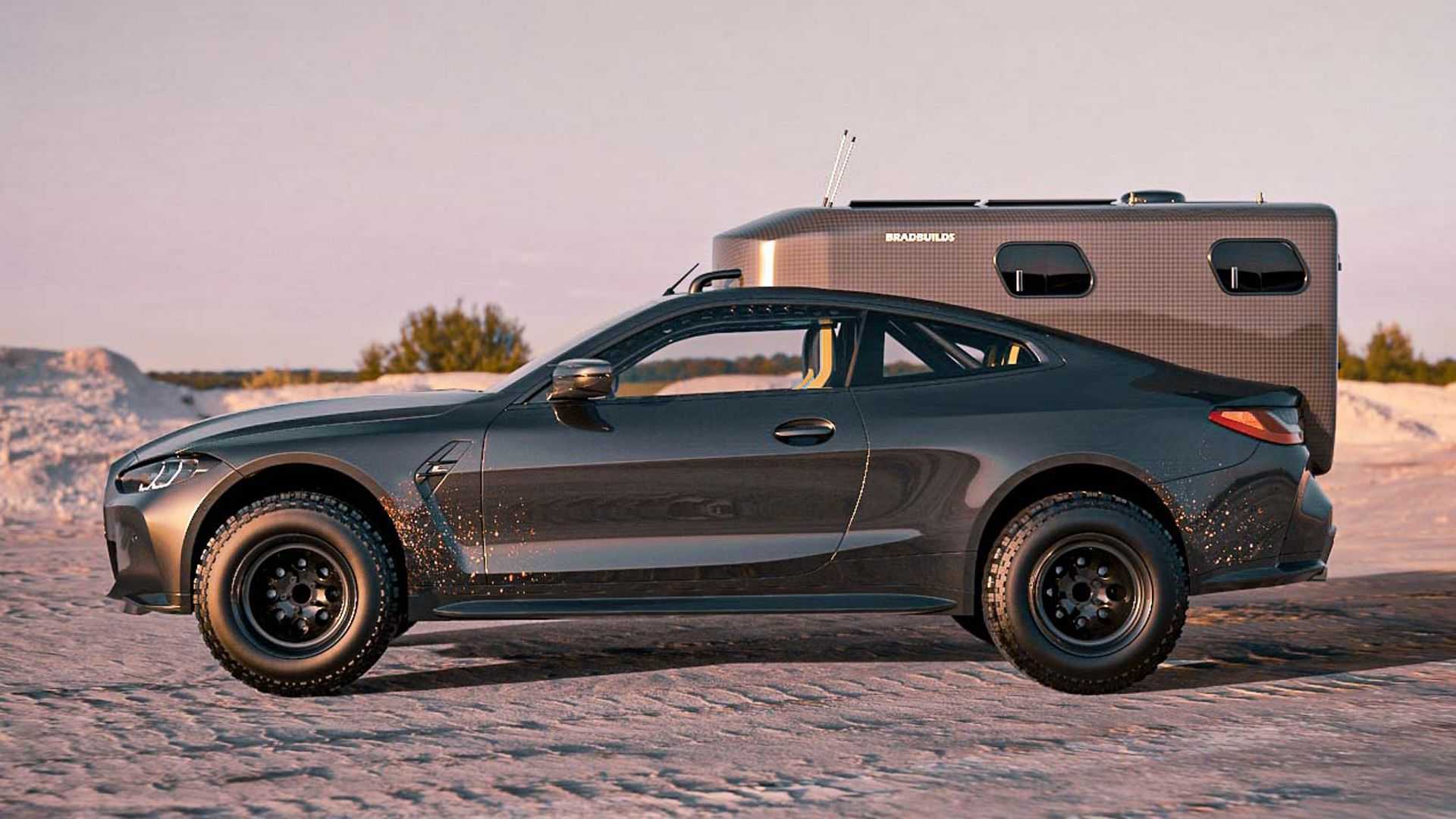 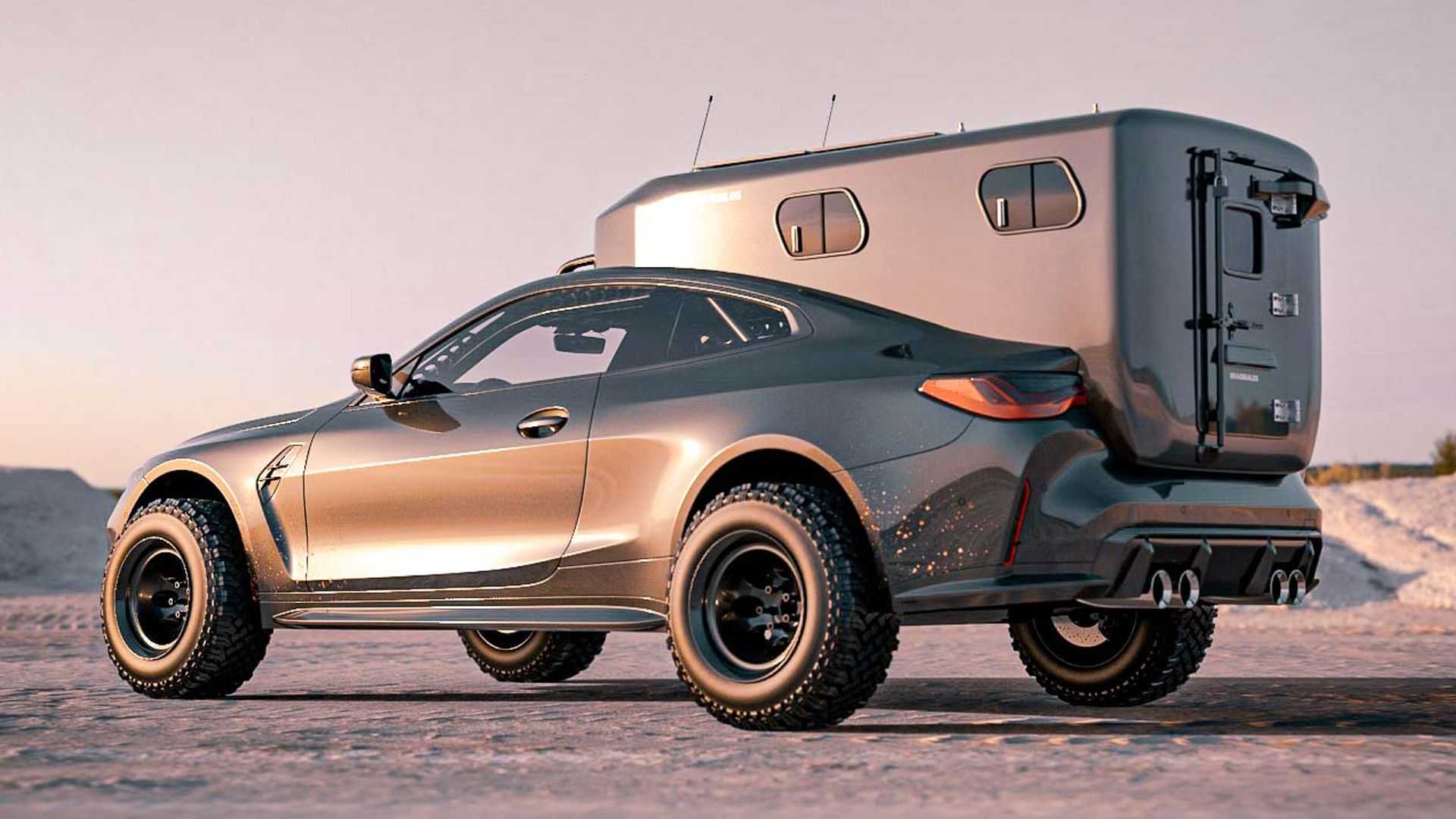 Full disclosure – pretty much everyone on the Motor1.com team loves campers, and more than a few of us take giddy pleasure in seeing unlikely cars repurposed as off-roaders. As such, we could be looking at this Baja-ready Bimmer through rose-tinted glasses, but there’s also no denying this car looks properly badass. Perhaps it’s a matter of proportion, though the recently revealed BMW iX is larger and according to our reader comments, it’s not winning design awards anytime soon.

This M4 overlander is different though. It has a measure of aggression that seems to suit the big grille just fine. We’re also treated to a face without a license plate and that definitely helps. We hate to say that the camper shell almost gets lost in these renderings, but replacing the trunk and rear window with a carbon fiber camper is a very neat idea, if not entirely practical. A trunk lid is easy to remove, but a rear window is a tad more complicated.

According to BradBuilds, this fictional M4 camper boasts a kitchenette, a bed, and solar panels for power. With as much as 503 horsepower under the hood, it would certainly make for a lively trip to the campsite. Bringing such a camper to life wouldn’t be easy, but forgoing the shell to simply build an M4 battle car wouldn’t be tough at all.

Are we completely mad on this, or do we have some fans that see the same potential here?

Special thanks to BradBuilds for sending us these images.