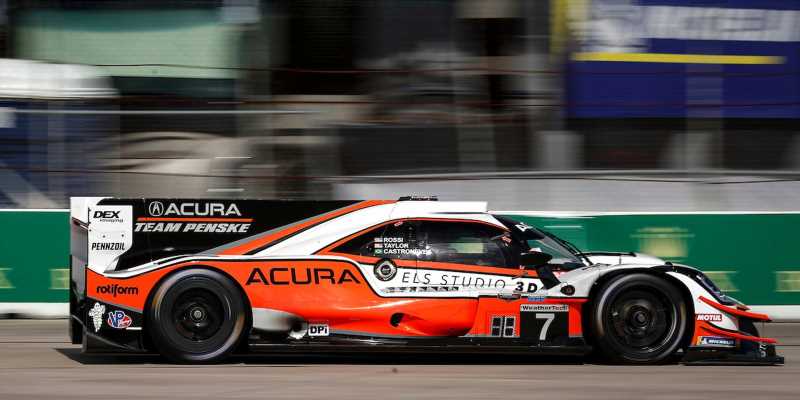 While IndyCar and NASCAR are done for 2020, there’s still plenty of racing to watch on TV this weekend. Here’s what to check out and why you should be paying attention:

Why it is a Must-See: A long-time jewel of the IMSA WeatherTech SportsCar season, this time it’s also the final event of the season, and championships are on the line. This event was originally scheduled for March 21, but was pushed back by COVID-19 concerns.

• A wild and wide-open DPi class features three teams within nine points of the championship: The No. 7 Acura Team Penske Helio Castroneves and Ricky Taylor) lead the No. 10 Konica Minolta Cadillac (Ryan Briscoe and Renger van der Zande) by two points. The No. 31 Whelen Engineering Racing Cadillac (Pipo Derani) is nine points back.

• Acura is hoping to double up by winning both the DPi and GT Daytona classes. In GTD, it’s coming down to the No. 86 Meyer Shank Racing with Curb-Agajanian Acura NSX GT3 and the No. 16 Wright Motorsports Porsche, which are separated by seven points. Lexus’ No. 14 AIM Vasser Sullivan entry is 10 points back.

• Corvette Racing has already clinched the GTLM class, and the Inter Europol Competition car of Patrick Kelly can’t be caught in LMP2.

Why it is a Must-See: Another F1 race, another chance to see Lewis Hamilton score a share of another all-time record once thought to be unreachable. This time, Hamilton can tie Michael Schumacher with a seventh season drivers’ championship. And the way the points fall, there’s chance Hamilton can clinch without even winning on Sunday.

• Keep an eye on Hamilton’s Mercedes teammate, Valtteri Bottas. Bottas has quietly put together a very strong season of his own. He’s led in eight of 13 races for a total of 184 laps, which is just three laps led shy of his personal mark. He led 187 laps in 20 races in 2017.

• The midpack battle this year has been a blast, and the last four races of the season should be spectacular for fans on the edge of their seat wondering which team will finish third behind Mercedes and Red Bull. Going into the F1 Turkish Grand Prix, Renault (135 points), McLaren (134) and Racing Point (134) are separated by a point.

Why it is a Must-See: What might just be the longest racing season of all-time FINALLY wraps up this Saturday. How long you ask? Well, the 2019-20 season kicked off way back on Sept. 1, 2019, at Silverstone. And, thanks in part to a pandemic, the season is just eight races.

• If you’re a Toyota fan, break out the streamers and the cake. Much like the 24 Hours of Le Mans in August, this WEC season is a Toyota party, as Toyota was the only factory team in this year’s LMP1 field. The only question is which of the two Toyotas take home the top prize.

• Watching this one is not as simple as setting the ol’ VCR. MotorTrend TV will broadcast the first and last hour (along with a 30-minute pre-race and 30-minute post-race show). To catch all six hours uninterrupted, you’ll need the MotorTrend App.

Why it is a Must-See: It’s a great watch, and it airs just as the F1 race is ending in Istanbul. Think about it, you could watch an F1 race and a MotoGP race before breakfast!

• Suzuki’s Joan Mir leads the field into Spain the second-to-last event of the MotoGO season.