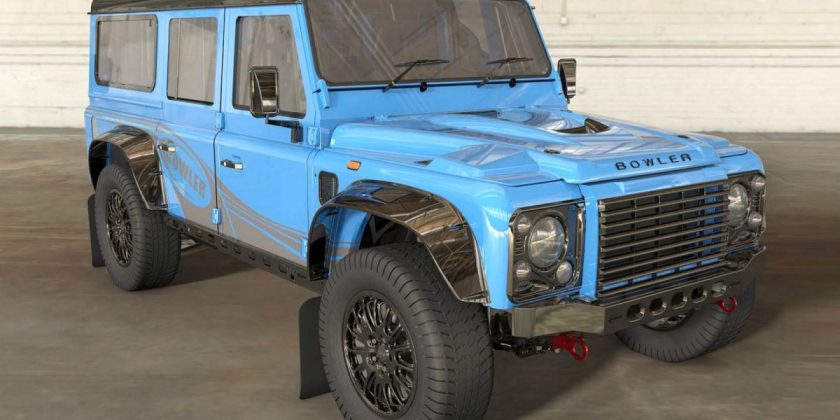 The face may be familiar, but this isn’t a restoration job – UK rally-raid specialists Bowler has come up with a brand new 4×4 offering utilising the shape of the original Land Rover Defender 110 Station Wagon.

It’s not a knock-off, because Jaguar Land Rover has given the motorsports company permission to use the old Defender’s body-style. Which isn’t all that surprising, given that Bowler is now part of the JLR family, having been acquired by the automaker last December.

Away from the exterior, the vehicle – codenamed CSP 575 – is different to the car it borrows its body from. It’s underpinned by Bowler’s CSP high-strength steel chassis as seen on its rally-raid vehicles, but will be different to them in that it will be “an off-road car designed for the road.” What this means is that it will add some refinement for road use, being able to seat four and their luggage, and come equipped with mod-cons such as air-conditioning. The 575 PS (567 hp) offering, co-developed with Land Rover’s Special Vehicle Operations outfit, will be powered by a Jaguar Land Rover supercharged V8 petrol engine as seen on the Range Rover Sport SVR.

The company says that the CSP 575 will be built in limited numbers, with first deliveries slated to begin in the second half of next year. It won’t be cheap, because prices start from £200,000 (RM1.08 million).