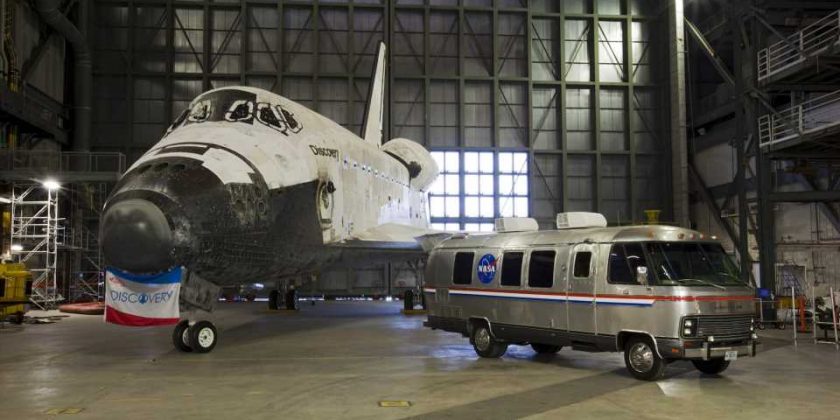 With the next mission to the Moon—Artemis One—delayed but still underway, NASA has teased us with plenty of details about the mission, like how the astronauts will get there, and what they will ride around on while on the moon. There was one part of the mission that hasn’t been announced yet but is equally critical: how to ferry those astronauts and their helpers to the Launch Pad. If this government website is correct, it looks like there’s going to be a new forward-controlled “Astrovan” built by Canoo.

Bloomberg first picked up that the U.S. General Services Administration’s website was updated last week with details of a new NASA contract with Canoo. According to the government website, the contract is valued at $147,855 with Canoo, but is open to other bidders until later this month.

Canoo didn’t deny it when reached by MotorTrend, but only stated that NASA has contacted them without elaborating. It’s possible things haven’t completely finalized yet, but we’ll probably know more very soon.

We’re excited, not just as fans of Futurama and space travel, but as the last Astrovan is embedded in history as the 1983 Airstream Excella featured an all stainless steel body, glimmering as it took the shuttle astronauts and their equipment specialists a 22-minute ride from Operations to the Launch Pad at the Kennedy Space Center on Merritt Island, Florida.

The only issue is if the next wheeled shuttle can be called “Astrovan,” as Boeing and Airstream have since built “Astrovan II” and may be funny about sharing the name. It’s built off the Atlas motorhome that is based off of the Mercedes-Benz Sprinter chassis but modified for use by Boeing as part of their commercial crewed spaceflight program, the CST-100 Starliner. While Starliner has launched, it has yet to do so with a crew as it faced many issues during its first test flight—where it missed its target to reach and dock with the International Space Station—to issues with its propulsion system valves while waiting to launch on its second test mission.

Again, while it hasn’t been made official, word is that we’ll learn something soon from NASA about its next astronaut shuttle. Meanwhile, we dream about the amazing looking Astrovan, imagining the sun reflecting off its stainless steel body as it drives to the Launch Pad. For a vehicle with such a simple job, it still looked as amazing as it was iconic while doing it.