Used cars may be sold without the crucial car part which could see new buyers getting in trouble with the law and forced into expensive charges from the outset. Motorists could even fail their MOT test which will see their car branded as having a major fault just months after making a purchase.

Emissions filters are now a standard part of all diesel vehicles and can reduce overall carbon emissions by as much as 80 percent.

Carrying a filter became a legal requirement in 2009 after tougher legislation was introduced.

However, the filters can become blocked easily and many opt to remove the devices rather than just cleaning them.

The parts can be simply removed by cutting a hole in through the exhaust and many motorists have reported better car performance as the blockages have been removed. 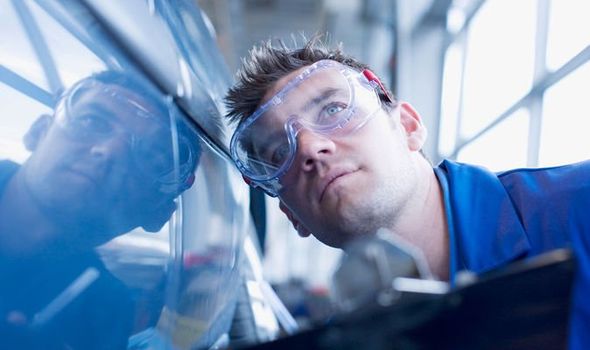 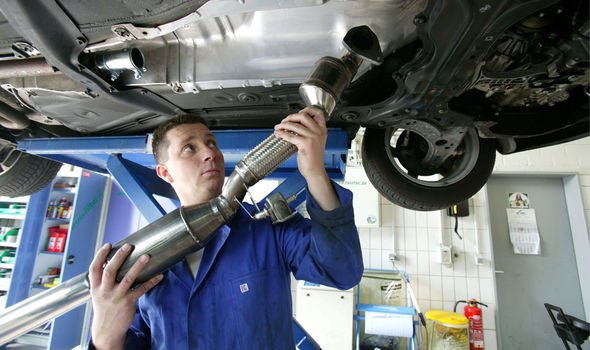 Some road users will never get the device replaced as the filters can rise up to £3,500.

Those looking to sell a car may decide to risk not replacing it than spend loads of money on a car they are not looking to keep.

These cars may then be passed onto prospective buyers who may forget to check whether the part is on the vehicle.

Driving without a diesel particulate filter could see motorises hit with a £1,000 fine if they are caught by police officers.

The cost rises to £2,500 for owners of light goods vehicles such as vans which are found to not have the right emissions protection.

Using a car without a diesel particulate filter is also likely to invalidate your car insurance cover as your vehicle will technically be illegal and unsafe for road use.

The car will fail its MOT test and under the new rules would be branded as a “major” fault by mechanics.

However, government legislation shows simply tampering with the filters could be enough for cars to fail the examination.

Evidence a filter has been re-welded or cut open can see a vehicle fail the test unless this was for a legitimate reason such as cleaning the filter or from previous garage checks.

If a car fails an MOT, road users will need to get a new diesel particulate filter installed.

However, some car experts have revealed mechanics only check this through a visual inspection rather than emissions reading.

Garage experts have revealed visual checks are limited as they do not tell mechanics whether there is a core in the canister. 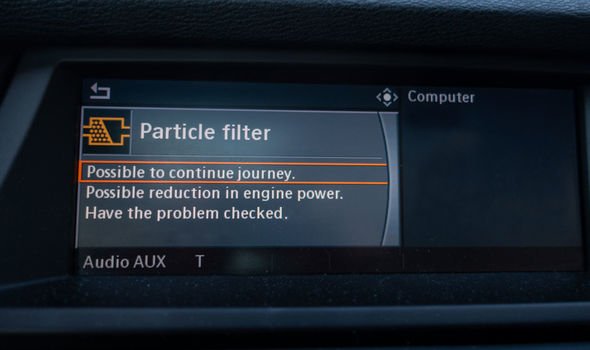 Emissions will be dramatically higher for cars without a filter and readings could be as much as 20 times higher.

Government figures revealed more than 1,000 motorists are caught without the essential filter each year.

How to clean a diesel particulate filter

Instead of removing filters when they become blocked, motorists are urged to simply remove the soot build-up.

According to the RAC, motorists can unblock their filters by taking their car on a long journey.

Filters can become quickly blocked if a vehicle is used regularly for short stop-start journeys which will allow soot to build up.

Taking a vehicle on a long journey will help burn away sooty deposits as engine temperatures increase to a much higher level.

Regularly driving for 30 to 50 minutes on a motorway will help clear the filter.

Some garages can clear blocked filters in a process called forced regeneration and is usually successful in removing excess soot.

The service will cost around £100 and is not guaranteed to completely fix the part but is a much cheaper alternative than replacing the filter.