It made some reliability claims that other automakers and a consumer advocacy group found highly dubious.

Update: Official statement from Chevrolet added at the bottom of the article.

Chevrolet has surely invested considerable time and cost into its “real people” advertising campaign. Since the very beginning a few years ago it’s been the subject of some controversy, mostly questioning the whole real people not actors aspect. Fine print typically accompanies the commercials explaining where the stats mentioned in the spots come from, but this time that print – along with the vehicles featured – apparently ruffled too many feathers.

According to The Detroit News, several automakers challenged Chevrolet on the claims being made in the latest spot. Now, the commercial is apparently in the process of being removed from circulation. As of this writing, the ad no longer appears on Chevrolet’s YouTube channel.

What exactly is the controversy? In the commercial, Chevrolet claimed to have better reliability than some notable competitors. That was qualified in the ad as being “based on a recent nationwide survey,” but here’s where the fine print comes in. The survey for 2015 model-year cars, which at this point is four model years in the past so there’s certainly some question as to the data being recent. Furthermore, the ad featured brand-new Chevrolet models – all of which have undergone changes since 2015. 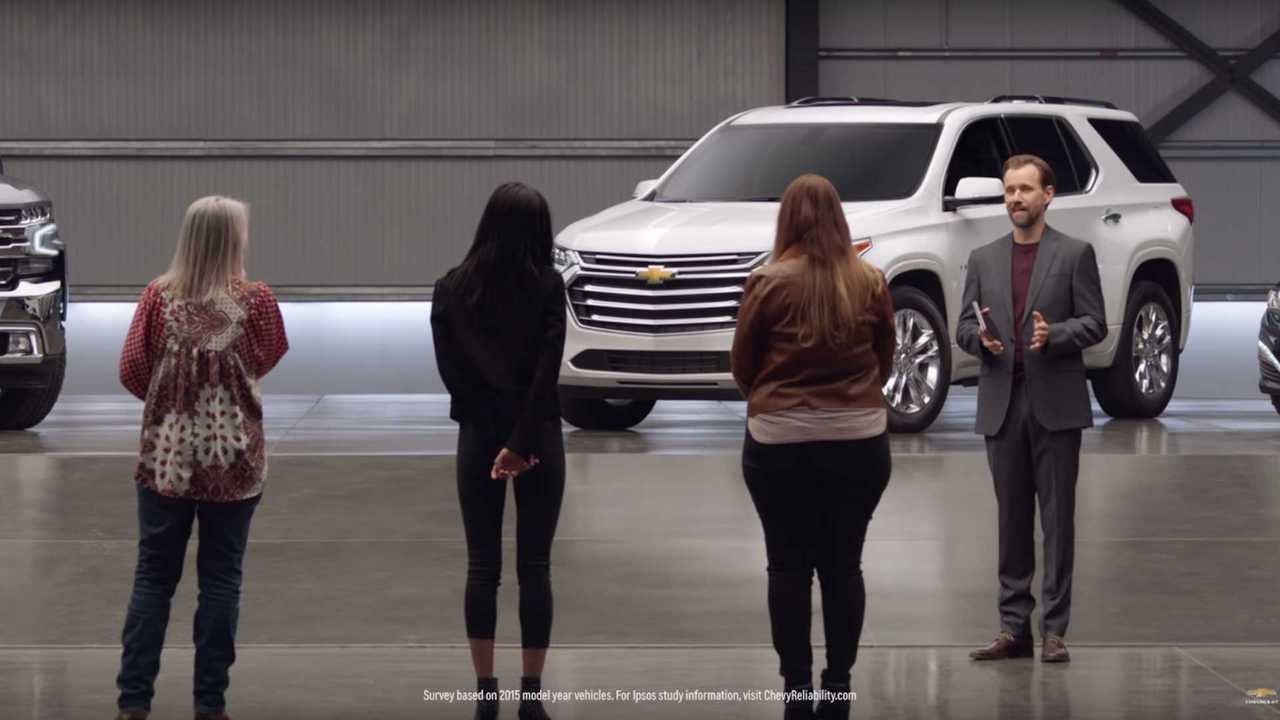 Chevrolet specifically mentioned Ford, Honda, and Toyota in the commercial, and according to Automotive News, at least one automaker made a full-on legal challenge to General Motors over the stated reliability claims. Additionally, the report states that Honda and Toyota at least challenged the commercial’s findings, though no details on that exchange were provided. A Ford representative was allegedly told by GM that the ad would be taken down.

Both Automotive News and The Detroit News also report that Chevrolet “stands by the reliability claim” in a statement to both news outlets. The reports also says the ad was taken out of rotation to launch a new Silverado campaign, and that recent concerns about accuracy have not altered the company’s marketing efforts.

Motor1.com has contacted Chevrolet and GM representatives for comment, and received this statement from a Chevrolet spokesperson:

“Chevrolet stands by the reliability claim and the ad remains in the brand’s toolbox but we have decided to take it out of the regular rotation at this time to launch new Silverado creative. We have not altered our marketing campaign because of any concerns with the accuracy of our ad content. We will not comment on conversations with other manufacturers.”