So, for all intents and purposes, Ford Motor Co. did in fact produce roadster pickups for the 1932 model year—listed officially as open-cab convertibles in the commercial lineup. However, as the roadsters in both Model B and V-8 configurations numbered in the thousands, the topless 1/2-ton pickups didn’t even make the 1,000-mark production numbers wise, so it should go without saying how rare the original Henry Ford versions are 85-plus years later. 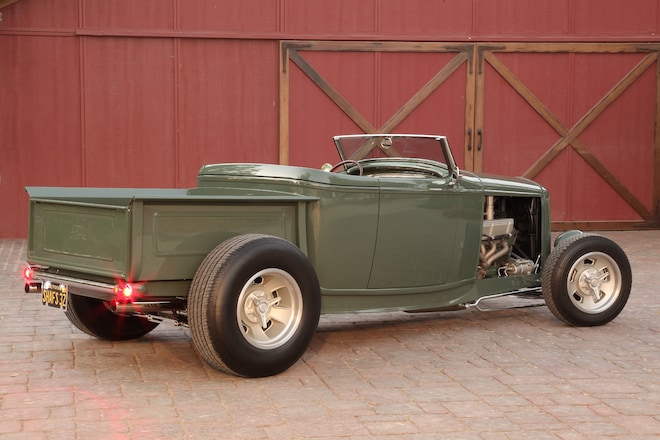 Fortunately, the aftermarket has made it a bit easier for those not wanting to hassle with those rarities—and in more ways than you might think. For Danny Shaffer that translated into a collaboration with American Speed Co. using not one but both aftermarket reproduction steel body manufacturers’ offerings: Dearborn Deuce for their innovation concealed-top roadster and Brookville Roadster for their 1932 pickup bed and all its trimmings. Why? Well, besides the standard “why not?!” response, mainly because Danny really liked the hidden convertible top feature but really wanted a roadster pickup, so he figured why not just combine the two and have his cake—in both flavors—and eat it, too. 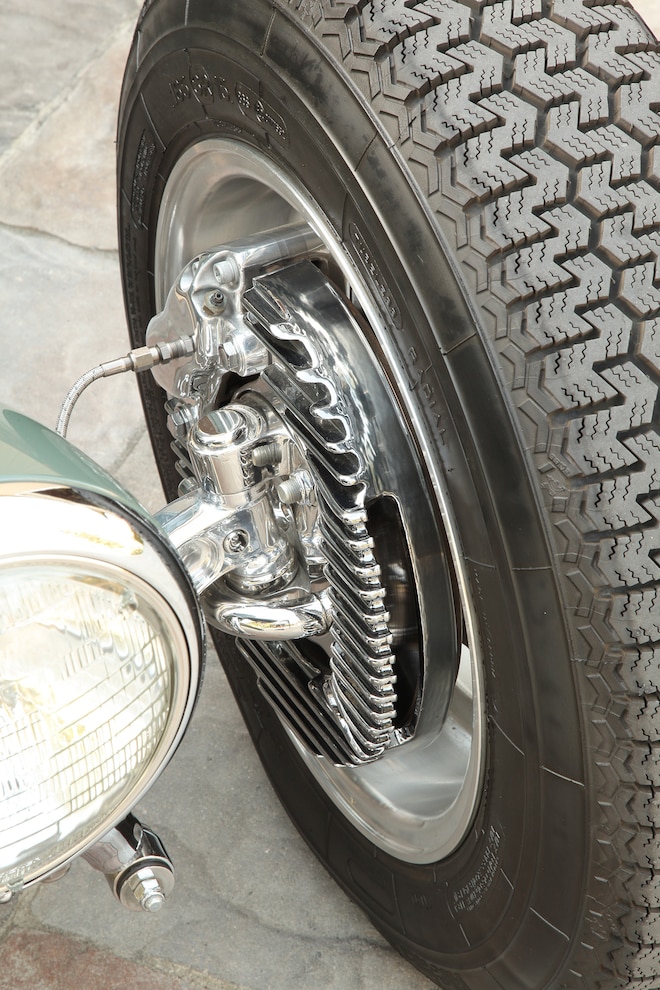 For the platform in which the hybrid hauler would rest, Danny had Ohio’s Precision Hot Rods build a semi traditional-styled and stretched chassis (113-inch) that features a Super Bell drop axle with SO-CAL hairpins and Borgeson cross-steer on the most visible end, and a Kugel IRS with Viking coilovers on the opposite. Wilwood disc brakes are situated behind the 15- and 16-inch as-cast American Rebel Manufacturing Sprints running Coker Tire blackwall radials. For power, Danny went with a pushrod Ford Performance big-block assembled by Total Performance that’s now backed by a Gearstar 4R70W overdrive. 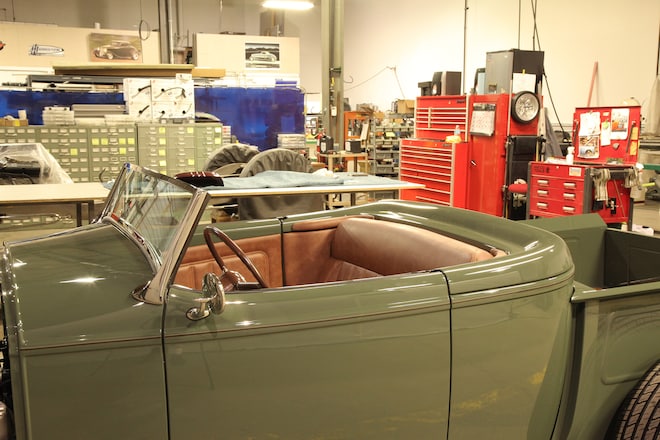 American Speed took the liberty of relieving the Dearborn Deuce’s hindquarters at the tulip panel (rear deck) so as not to disturb the proprietary Speedline 1932 convertible top and its related mechanicals, then custom-fabbed an all-new rear section. Filling the trunk void is the aforementioned Brookville pickup bed with reshaped forward-most bedrail posts that flow nicely with the “pickup” curved backside. Motor City Solutions sprayed the exterior using PPG’s Deltron metallic moss green that also features accent striping by Ron Moffitt. 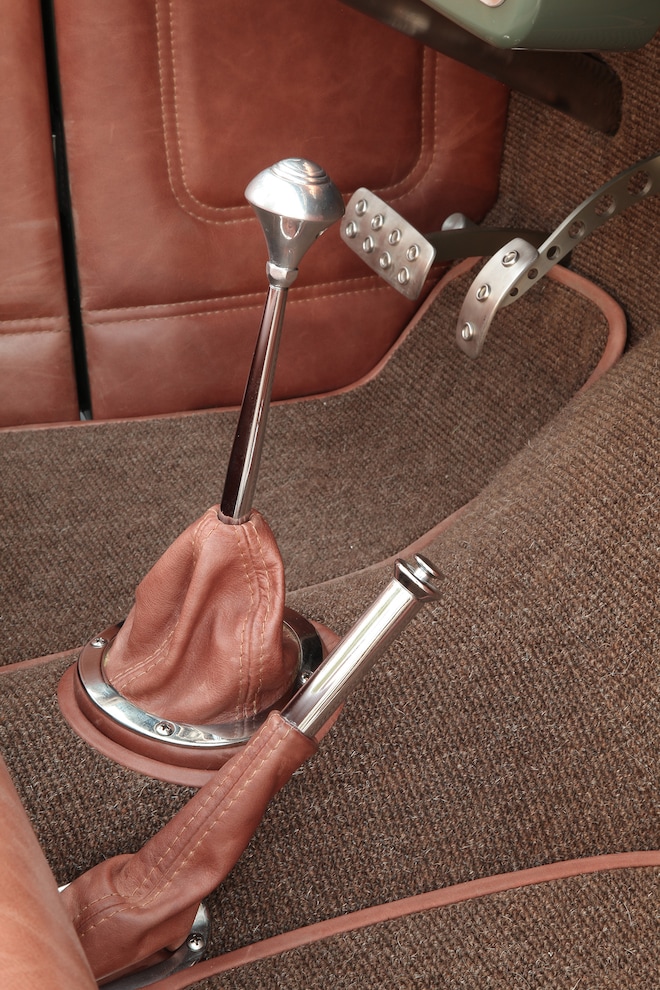 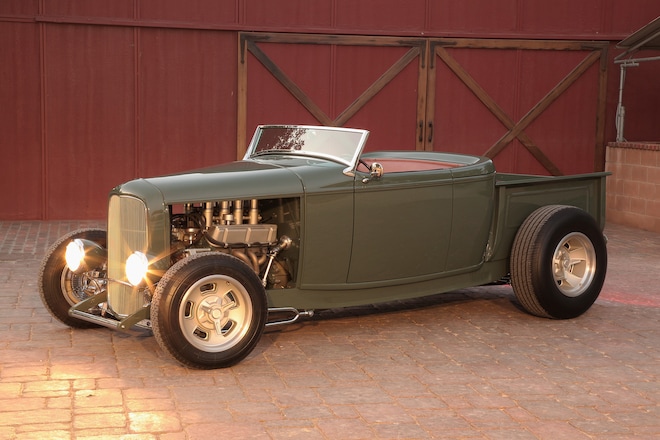 The roadster pickup marks Danny Shaffer’s fifth collab to date with American Speed. Only time will tell what’s in store for their next project—stay tuned!