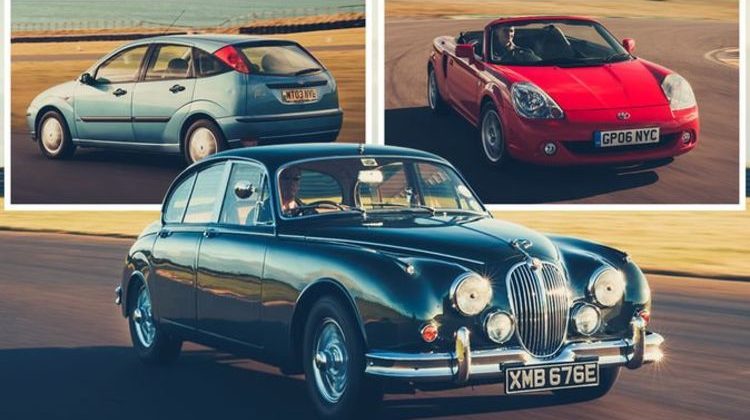 Classic cars are one of the biggest investments on the market with older models becoming more valuable as less remain on the road. Experts at Hagerty have analysed market valuation data and insurance quotes and policies looking for indicators that cars are rising in value or increasing in demand.

The UK Hagerty Guide also tracks auction results and private sales to ensure drivers are fully informed of the potential values of vehicles.

Jon Mayhead, head of Hagerty UK Valuations said: “The Hagerty valuation team tracks many thousands of cars every year, but these really stood out.

“It’s a wonderfully diverse list that offers cars that are accessible to many enthusiasts.

“Although changes in the value of a classic car may be far from an enthusiast’s mind, these cars may offer the chance for some of their ownership costs to be offset if they rise in value as predicted.” 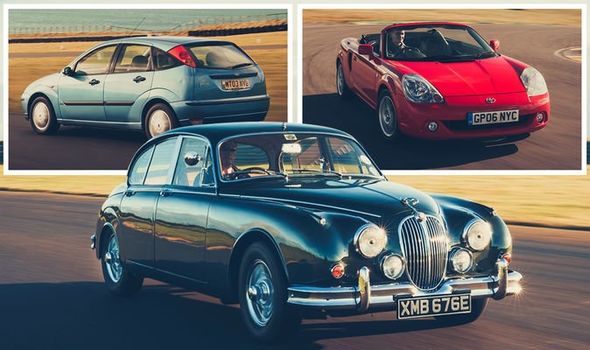 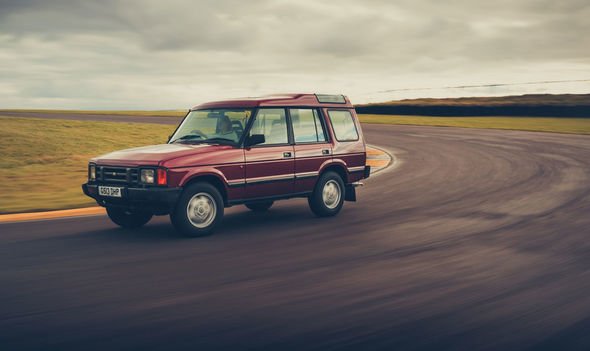 In recent years, values of Jaguar mark II machines have been relatively steady and not fluctuate as widely as the E-Type.

However, values have increased by almost a third this year with Hagerty experts believing the car has “potential for growth”.

The E-Type’s 60th birthday in 2021 will attract extra attention to the Jaguar brand which is set to see prices soar.

DON’T MISS
Future classic cars which could be worth thousands within years [INSIGHT]
Classic car values rise by £20,000 in the last decade [ANALYSIS]
Classic Land Rovers first ever car has been restored [PICS]

Hagerty says hot hatches are the modern classic cars of the moment with values of the most popular models soaring on the market.

However, one of the most powerful hot hatches is still available at a fair price with experts predicting massive growth over the next few years.

The Renault 5 GT Turbo was valid at just £9,300 last year but has since risen to just under £13,000 with “significant potential” to climb further.

Values of two and four-door classic Range Rovers have rocketed over the past few years meaning it’s only time until the Series 1 follows suit.

However, one model went for an eye-watering £12,320 during an auction in June showing that the car has the potential to wow collectors. 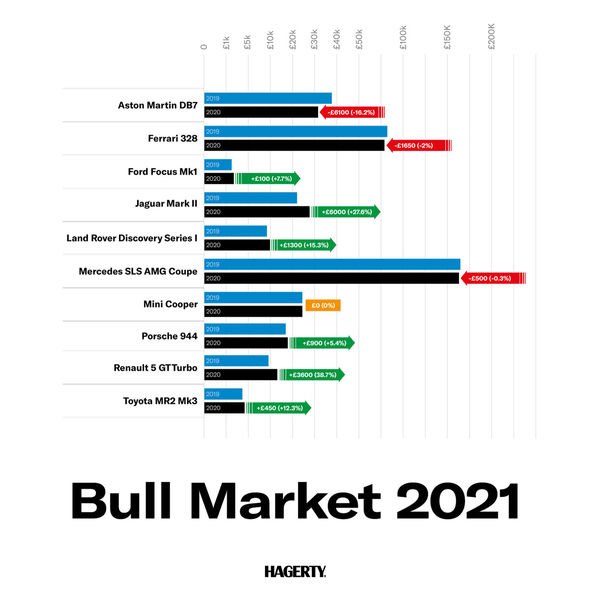 One of the most popular road cars of all time could also make owners some extra money on the side, according to experts at Hagerty.

Thousands of British drivers will have a 2003 Ford Focus on their driveways with many possibly thinking about scrapping the model in favour of something newer.

But experts at Hagerty say the model will prove a piece if automotive history with interest in the car starting to rise already. 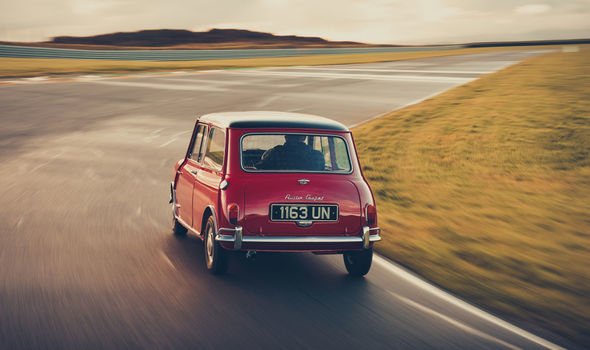 Values for Mini Cooper models have been increasing in value over the past few years but a special anniversary next year could see prices soar.

The 60th birthday celebrations of the mark 1 Austin/MNorris Mini Cooper means collectors will have their eye on a piece of history.

Values have jot increased love the past 2 months but with just 1,000 chassis made, the model is a “very collectable classic” with big potential.