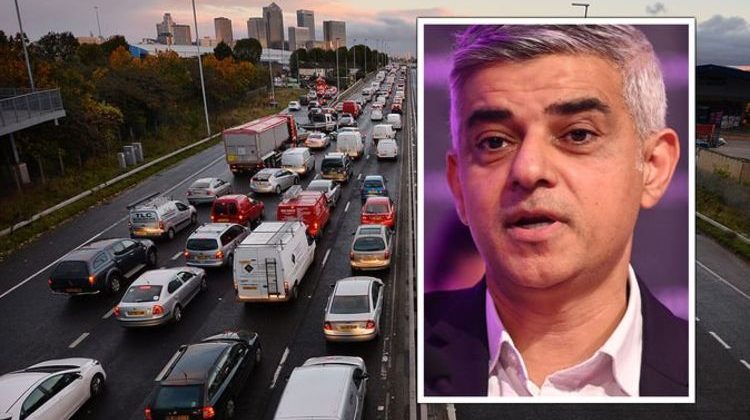 Sadiq Khan talks on the expansion of the ULEZ

London’s Ultra Low Emission Zone was expanded at the end of October to include most of greater London, charging drivers with non-compatible cars £12.50 to drive in the area. In addition to the ULEZ, the Congestion Charge remains in operation for drivers, charging them £15.

But soon, another charge could be levied on any motorist who drives into London.

During a Transport for London finance committee meeting last week, it was estimated that a £500million-a-year funding hole would be left.

It is believed that the ULEZ has proved effective, with TfL expecting not to receive as much money as was hoped due to a “greater compliance” with the rules.

This comes despite TfL and Sadiq Khan insisting the ULEZ was about lowering London’s pollution rate, not collecting revenue.

According to documents from the TfL finance committee, the gap in funding would need to be paid “either through the devolution of vehicle excise duty paid by Londoners, or from the net proceeds of a potential Greater London Boundary Charge”.

The first option – devolving vehicle excise duty cash – would effectively mean the Treasury handing over extra money to London every year, something ministers may be reluctant to do.

Because of this, a new boundary charge may be considered.

The current plans would see people charged £3.50 a day to drive into the capital from outside the London border.

TfL says it would help further contribute to a “green recovery for London” by reducing the number of vehicles entering the capital, raising around £500million every year.

The boundary charge would apply on top of existing fees like the Congestion Charge and the £12.50 ULEZ charge, further adding to non-Londoners’ headaches when entering the capital.

It could save Londoners from facing far higher bus and tube fares to plug the funding gap.

But it could also hit businesses in outer London which currently bring in visitors from outside the capital.