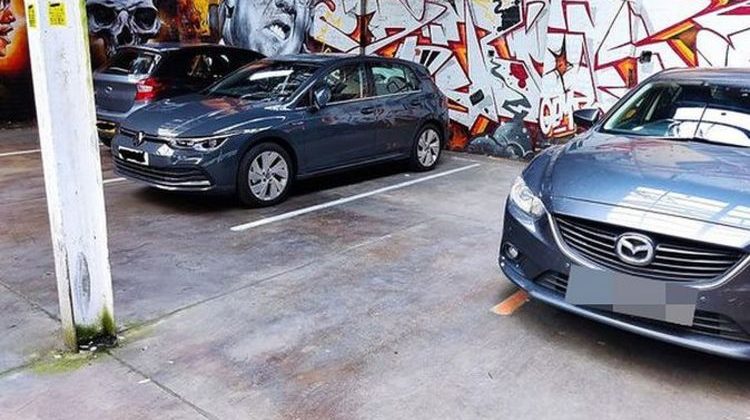 Damian Maj said he was stunned after receiving the penalty after leaving his Mazda in a Birmingham car park. The driver, who works as a maintenance engineer, said he paid £2.20 for a ticket after visiting Birmingham for a day out with his wife Agata and 18 month-old son Victor in August.

But despite the pillar, Premier Parking Logistics, who run the car park, insists that the parking space is used by drivers.

Damian, from Crick, near Rugby, said: “I returned to my car and just couldn’t believe it, so I took some pictures.

“The space (next to Mazda) was blocked by a post that is supporting the roof.

“Clearly, no one can park on this space safely by manoeuvring around that post.

“As I am a new father I was looking for spaces around the car park where I could fully open the car’s door to safely take my little one out of the car.

“So I did move my car a little to the space with no access and covered a yellow line.

“When we came back, I received a ticket for ‘Not Parked Wholly Within Bay’.

“I could absolutely agree with a ticket if I blocked another space or some access but in this case, clearly, another car can’t park there,” he told BirminghamLive.

The pictures show Damian’s Mazda narrowly parked over one of the parking bay lines.

Damian appealed the parking ticket to Premier Parking Logistics in an attempt to overturn the ticket, but was denied.

Premier Parking Logistics said the bay was being used by motorists.