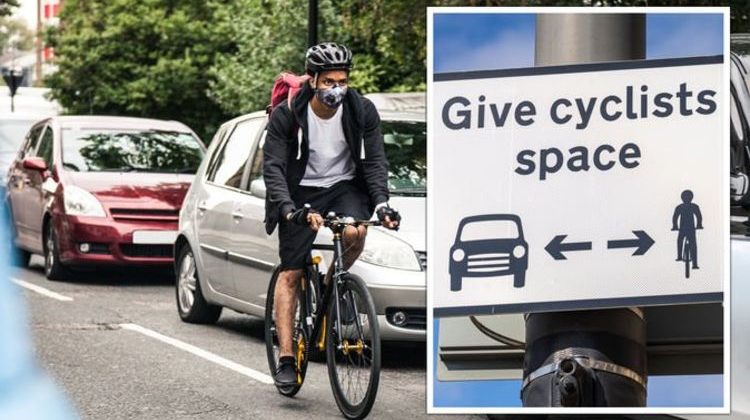 The new Highway Code changes were introduced at the end of January with the most vulnerable road users being prioritised and protected. The Government outlined the rules which see cyclists and pedestrians being given additional allowances to ensure they stay safe when using the roads.

Despite the major changes, a study from AA found that one third of drivers were not aware that any changes were being made.

A collection of motoring organisations have written to Transport Secretary Grant Shapps “demanding” these “arcane” new rules are scrapped.

This includes the FairFuelUK Campaign, the Alliance of British Drivers and the Motorcycle Action Group.

Howard Cox, founder of FairFuelUK, said that more than 1,500 people had signed up to the organisation in the last week.

He highlighted one supporter who outlined their reasons why they joined, saying: “I object to the following; Fuel duty, VAT on fuel duty, local and national Government being ‘bullied’ by cycle lobby.

“New Highway Code changes are dangerous, cyclists do not contribute to road upkeep.”

Mr Cox also said the new Highway Code changes must have been authored by a “lunatic asylum inmate”.

He continued, saying: “The changes are not only dangerous but counterproductive.

“Mark my words, they will unquestionably risk more lives too.

“The amendments put in place — for and by cyclists — assume that every driver is a homicidal maniac.

“The only winners will be lawyers, insurance companies and under-takers.

“Driver prosecution adverts will become a common ­feature across all the media.