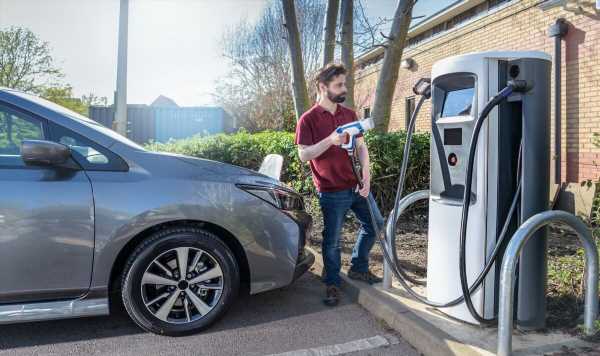 Only one in 10 of those surveyed expect their next vehicle to be electric, compared to 30 percent still looking towards petrol, which remains the most popular choice. More than one-in-five expect their next purchase to be a hybrid, and 13 percent would still turn to diesel despite legislative pressure away from the fuel type.

With the UK in the midst of a cost-of-living crisis, the financial considerations are invariably the key barrier prohibiting consumers from making the switch to electric.

When asked about what they perceived to be the biggest barrier to the adoption of electric cars, 21 percent said the initial cost of EVs was the greatest concern, closely followed by the cost of electricity.

A lack of charging infrastructure was a key factor for 17 percent of drivers who may be put off from joining the electric revolution.

Based on new data from “The Road Ahead” from Close Brothers Motor Finance, 15 percent are worried about range anxiety.

Lisa Watson, Director of Sales at Close Brothers Motor Finance, reacted to the data, highlighting the need for Government incentives for EVs.

She said: “Given the current economic climate and financial pressures faced by many UK households, it is unfortunately not surprising that costs are prohibiting more widespread EV adoption in the UK.

“Coupled with the financial outlay, consumers will be feeling particularly frustrated by other factors such as the current charging infrastructure which still has some way to go to efficiently meet demand.

“As financial benefits are the biggest factor for encouraging people to switch to electric, the Government’s recent Autumn Statement announcement that EVs will now be subject to Vehicle Excise Duty from 2025 will only function as another barrier.”

There is still optimism about electric vehicles from motorists with lower running costs being a favourable thing for four in 10 people.

More than a quarter said they would switch for environmental reasons, with electric vehicles not releasing any emissions from the tailpipe.

Just one in five (21 percent) said nothing would motivate them to make the shift to electric.

Lisa Watson added: “The Government need to be offering incentives, not taking them away.

Halfords is offering an incredible deal where you can join the Premium Halfords Motoring Club and get FREE MOT from just £4.99 a month. With benefits worth over £100, don’t miss the chance to join now.

You can get also get a FREE membership when you join the Halfords Motoring Club, which includes a FREE 10 point car check, £10 off MOT and more.

“Not only is this going to put further strain on consumers’ wallets, it will also significantly limit the environmental benefits associated with EVs.

“However, though the outlook remains negative for the time being, this very much appears to be a short-term problem, as recent SMMT data shows that the general trajectory and growth for EVs is positive, and dealers should still be preparing.

“For the time being the onus is on dealers and finance providers to use all available tools and insight to best meet consumer demand and optimise pricing.”

The Government plans to ban the sale of new petrol and diesel vehicles from 2030, followed by a similar ban on plug-in hybrid vehicles five years later.

Petrol, diesel and hybrid HGVs over 26 tonnes could be banned from 2040, subject to a Government consultation.

Though the cost-of-living crisis is the main factor stifling current demand, this should only be an issue in the short term.

Recent SMMT data showed battery electric vehicles became the second most popular powertrain in 2022, behind petrol cars. This is a trend set to continue as 2023 is poised for strong growth.

It also suggested that rising registrations led to market improvement in the last five months of 2023, with the sector poised to deliver growth worth £8.4billion during this year.