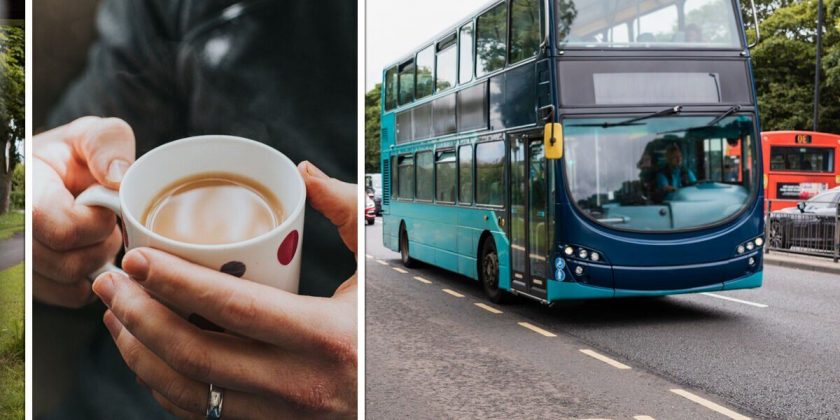 Offering a free cup of tea or coffee to passengers on buses could be a “carrot” for bus users, according to a new East Lothian Council report. The idea of introducing free morning drinks to travellers is being suggested in response to Transport Scotland’s Scottish Transport Project Review.

Council officers point towards a scheme previously run in Stockholm which also aimed to reduce car use.

The scheme used in Sweden offered drivers a free cup of tea if they used new boat routes introduced in the city.

They said the concept may seem “far-fetched”, but could be considered to encourage drivers to ditch their cars in East Lothian.

The Council said: “They served free coffee and tea in the morning for a year.

“Word spread by mouth of the additional treat.

“It incentivised usage and once in the habit, people continued using boat over car.

“Could this be a good carrot for bus users?,” according to Edinburgh Live.

If the scheme is introduced, it would help to reduce car use in the area, and potentially bring down the rate of car ownership.

This is something which many politicians and industry leaders have called for, most notably transport minister Trudy Harrison MP and London Mayor Sadiq Khan.

According to a new report from Greener Transport Solutions, car travel needs to be reduced by 25 percent by 2030 if the UK is to achieve net zero emissions.

Transport is the fastest growing source of global greenhouse gas emissions and biggest polluting sector of the UK economy.

The report calls for the UK to “shift the burden away from ownership” to focus more on alternative methods like walking, cycling and public transport.

A spokesperson for the council said the Stockholm free drinks scheme was mentioned “as an example used to incentivise different forms of travel by making it more attractive”.

They said: “Teas and coffees can work on boats due to space but could also be suitable for train journeys.

“Another example is free newspapers on buses to read.

“However these are all part of a larger conversation and there are no plans for any introductions in East Lothian.”

Most public transport services in major cities already come with free newspapers for those using the service to read.

East Lothian Council also plans to build a new rail station near the site of a former power station.

This would be within 20 minutes walking distance of the majority of households in the area.