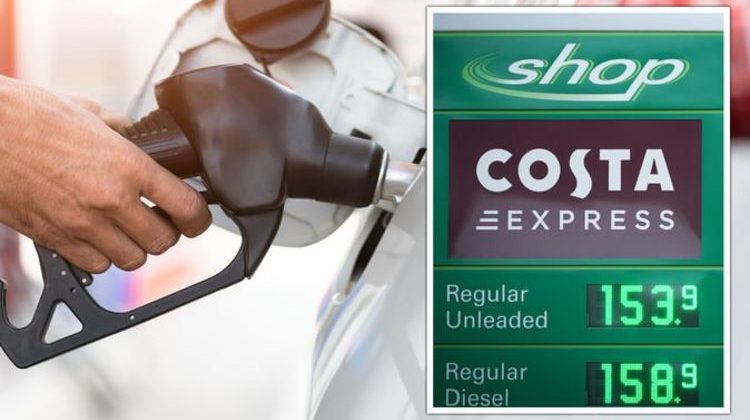 Latest data from RAC Fuel Watch shows the average price for a litre of petrol is 146.68p, whilst diesel has passed the £1.50 mark for a litre. Unleaded prices are expected to fall while diesel prices should remain static in the near future, with the average tank of petrol costing £80.55 and £82.40 for diesel.

In January, RAC figures show that the average margin (profit) made by retailers on a litre of petrol stood at 11.4p, down from 16.4p in December.

While this is still significantly higher than the long-term average of around 6p, the RAC says it’s a step in the right direction in delivering better value for drivers when they fill up.

Simon Williams, RAC fuel spokesperson, spoke of the changing prices and how that will affect drivers at a time when other household prices are spiking.

He commented: “At long last, retailers appear to have heard our clarion calls for drivers to be charged a fairer price at the pumps.

“Something that is so important as the effect of high inflation bites and households up and down the country brace themselves for what looks like an inevitable cost of living squeeze.

“On average, retailers are now making a more normal profit for each litre of fuel they sell than they did in December which makes today’s pump prices – although up slightly on December – more justified.

“Storm clouds are gathering, however.

“With oil now having traded above $90 (£66) for a week – the highest price for more than seven years, wholesale fuel costs are once again increasing, which will undoubtedly lead to retailers putting up forecourt prices.”

Moto, the UK’s largest motorway services operator, announced they would be displaying new signage of fuel prices alongside some major roads over the next few years.

They said this will see prices at the pump drop 15p per litre, bringing them in line with prices found at local high street forecourts.

The price cut will also bring the cost of fuel at participating Moto forecourts within 10p of average supermarket prices.

Mr Williams continues, saying: “Our message to the biggest retailers, which lead the market, is to treat drivers with respect by fairly reflecting the movement in the wholesale fuel market and not taking overly high margins.