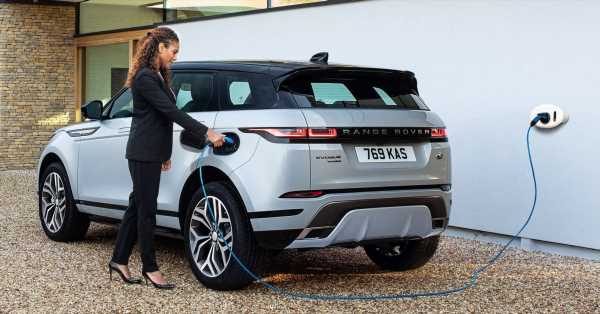 T&E has since called for an end to subsidies and tax breaks for these “fake electric cars.” “Governments should stop subsidising these cars with billions in taxpayers’ money,” Poliscanova said. PHEVs are often referred to as a “gateway technology” designed to get motorists comfortable with electric vehicle (EV) technology. The tech allows them to experience the benefits of pure electric driving by taking range anxiety out of the equation. It has also helped carmakers stretch returns on their investments in combustion engine technologies.

According to the report, PHEV sales comprise of nearly half of electrified vehicle sales in the European Union in the first three quarters of 2020. More people are buying PHEVs to take advantage of government subsidies.

T&E and other climate groups have been especially critical of plug-in hybrid vehicles because when their battery runs out of juice, the combustion engine will have to work harder to move “dead weight” and recharge the battery at the same time. This, of course, directly correlates with its tests findings. Earlier in February, the Daily Mail stated that PHEVs emit at least three times more CO2 in the real world compared to advertised figures, and some of the cars are even more polluting than lighter petrol vehicles.

In response to requests for comment, a Volvo spokesperson told Reuters in an email that “all Volvo cars are certified and fully comply with existing emissions legislation.”

Mitsubishi spokeswoman Amanda Gibson also said that independent tests can produce unreliable or variable figures depending on conditions and “we naturally contest any findings where we have no oversight of the testing or methodology.” BMW has yet to provide an official statement.

Recently, the European Union proposed tighter emissions limits for carmakers to hit, in order for their activities to be classified as a “sustainable investment.” Under those rules, hybrid vehicles would lose their “green” label from 2026 onwards.