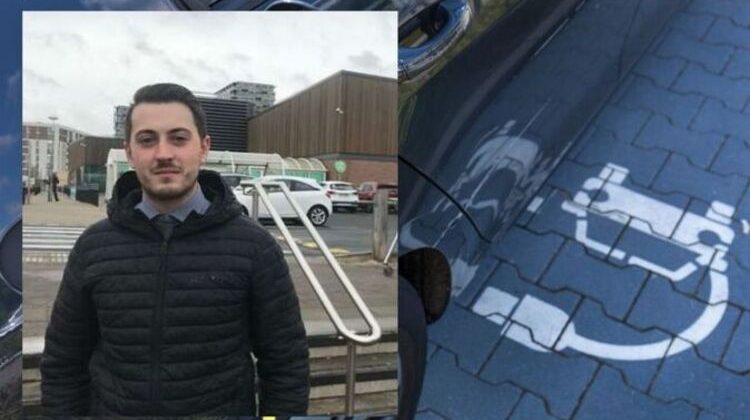 An electric car driver has hit back at critics, who said he should stop complaining about faulty public chargers and charge his car at home. Lewis Fox, 22, who works in IT at a school, spoke out last week to call on BP to fix and maintain the chargers at Asda in Gillingham, which he said were constantly out of order.

But his complaints, coupled with the fact he didn’t have a charger at home, caused uproar among petrol and diesel drivers.

Some drivers accused him of “whinging” and being “stupid” and compared his plight to someone buying a mobile phone without having a charger.

However, Mr Fox took the criticism in his stride and was most interested in the response from BP on the matter.

They issued an apology and sent an engineer to the site to fix the units in question.

Mr Fox said: “It’s been good to see that they’ve taken it seriously now and they’ve gone down and fixed it, but with all due respect it’s quite a late response considering how long it was going on for.

“It’s good to see that they’re investing and giving a promise to invest in engineers as well as charging points.

“They might try and keep on top of it now it’s had a little bit of coverage.”

Regarding the thousands of comments from irate drivers, Mr Fox said he was very surprised by the reaction.

He said: “It certainly got everyone riled up. Me and my boss at the school were flabbergasted at the response to it.

“I think the fact that they (the Government) want to move people over from petrol and diesel to electric cars has made it a talking point.

“A lot of people have highlighted the fact that I should be able to charge at home, or on my driveway.

“That’s not very handy when I live in a one bedroom apartment, and on my apartment block there’s only one charging point which is quite regularly used.

“Obviously I think there should be more charging points put in on new developments, but not everyone has the luxury of being able to charge on their driveway.”

He added that he bought his car in the knowledge there were BP charging points close to his apartment, saying: “I did my homework and there were four charging units in close proximity.

“I can’t always use slow chargers in car parks. A lot of people said there are charging points in Rainham and Strood but I live in Gillingham.

“The point was to get BP to improve their infrastructure. It’s clear electric vehicles have grown more popular recently, and in their statement they’ve sort of admitted the infrastructure isn’t up to scratch, and needs to be improved,” he told Kent Online.

BP said in the statement: “We know that some of our customers have not had a good experience and we are truly sorry.

“We’re investing in people, hardware and upgrading our technology to help us deliver significant operational improvement for our customers.”

One Express reader previously wrote of the story: “He can’t charge this car but has no regrets about buying it. This proves what I have believed for years, some people need psychiatric help.”

Another added: “Bought an electric car but no means to charge it at home? You really can’t fix stupid.”