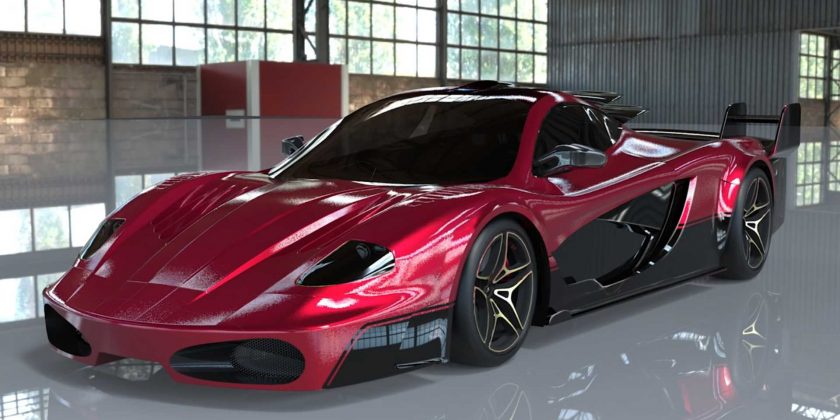 Frank Stephenson has an enviable portfolio of automotive designs. He’s spent time at McLaren, Ferrari, and Maserati just to name a few, desiging some of the world’s most iconic cars. What does one do when you’ve penned machines like the Ferrari F430, McLaren P1, Escort Cosworth, and Maserati MC12? Why, you combined them to make a bonkers Grand Theft Auto V video game supercar. Wait, what?

That’s exactly what Stephenson does in what’s become a series of GTA content for his YouTube channel. It started with a friendly critique of the quirky cars used in the popular video game, many of which resemble real-life versions. A second video followed, and the popularity was such that Stephenson decided to design his own not-quite official supercar worthy of the game. Instead of mashing up a couple of cars to make something generic, he drew inspiration from several of his own real-life designs to create a car he calls Frankenstein. And boy is it an appropriate name.

The foundation for the car is the Maserati MC12, itself based on the Ferrari Enzo. The Maserati lends its wheelbase and long proportions to the design, but the greenhouse comes from the McLaren P1. There’s more McLaren influence on the doors, specifically with the intake design from the 12C. Ferrari takes position at the front with a nose derived from the F430, while at the back, things are wild with the rear clip from the FXX. If that’s not wild enough, Stephenson goes old school with the Escort Cosworth, bolting up a biplane spoiler behind the cockpit. The front fender offset is borrowed from the Cozzy, too.

Does it work? The final product is certainly interesting, and to Stephenson’s credit, he critiques his own design as he does the others. It’s not all hugs and puppies either – the front could use more influence from the F430, and he’s not particularly happy with how the doors come together. However, that’s not stopping him from making his Frankenstein available as a downloadable mod for GTA V players on PC.

It’s not an official GTA add-on, but still, it’s pretty cool having a video game car designed by a prominent automotive designer.