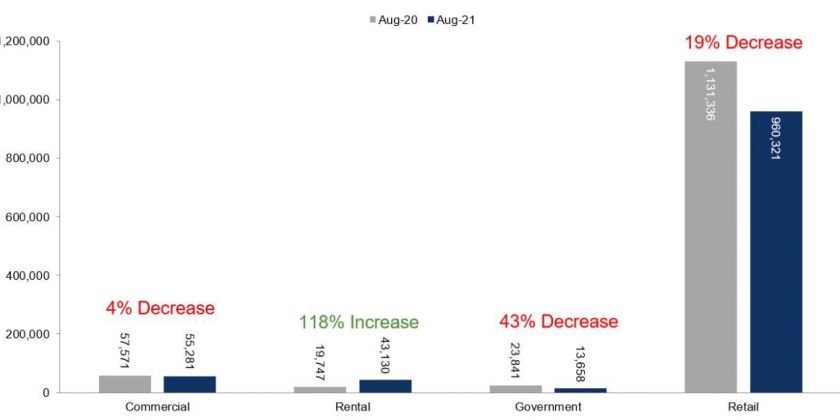 Total new-vehicle sales in August were down 17% year over year with one less selling day compared to last year. Month over month, August new-vehicle sales were down 15%. The August seasonally adjusted annual rate (SAAR) was 13.1 million, which was the lowest sales pace in 15 months and down 14% from last year’s 15.2 million and 23% lower than August 2019’s 17.1 million rate.

Looking at automakers, year-over-year changes in fleet sales differed by manufacturer, ranging from a decline of 20% to an increase of 107%. Toyota saw the largest growth last month with more than 15,000 sales with General Motors seeing a 20% decrease compared to August 2020.