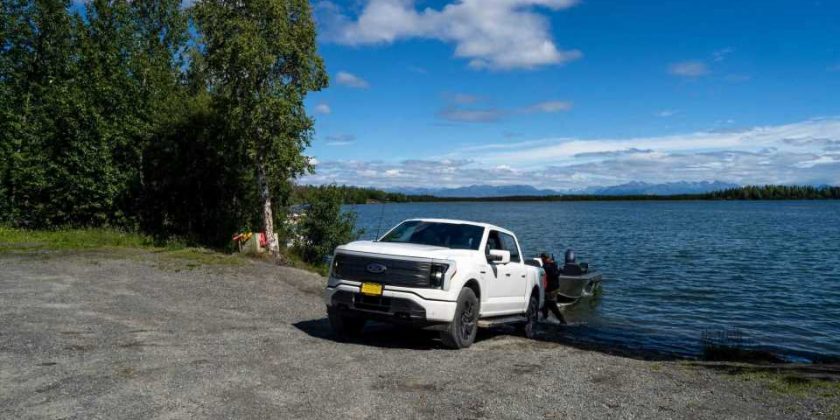 The Ford F-150 Lightning is truly an all-American electric pickup as the automaker has announced it has delivered the truck to customers in all 50 US states.

This is quite a remarkable achievement considering Ford has managed to do so in just two months since retail customer deliveries of the F-150 Lightning started at the end of May. It is also testament to Ford Motor Company’s manufacturing and logistical might. As Ford puts it, you can now bump into an F-150 Lightning anywhere in the United States, from the shores of the Kenai River in Alaska to Houston and even Hawaii.

The automaker has revealed some interesting statistics to go along with the news, including the states where the F-150 Lightning is the most popular. No big surprise here as Texas—the truck capital of America—and California—the electric vehicle capital of America—lead the way with the highest number of F-150 Lightning deliveries through late July.

Ford did not break down sales by states, but said that it sold over 4,400 F-150 Lightning electric trucks in the US and Canada so far this year. The company will report July US sales totals later today (August 3).

Gallery: 2022 Ford F-150 Lightning customers from across the United States

We also learn from the announcement that nearly 80 percent of early reservation holders said in a survey that F-150 Lightning will be the first full EV in their household. This is a very important piece of information that speaks volumes about the F-150 Lightning’s potential to electrify America.

Among the most popular features of the F-150 Lightning so far is the Mega Power Frunk, which offers 400 liters of closed storage and 2.4 kilowatts of Pro Power Onboard to help power their campsite or charge their power tools while driving.

Customers from across the US have also discovered that the F-150 Lightning can handle a variety of needs, regardless of where they are located. Ford offers examples of owners who use the electric truck to tow their boats, host tailgate parties, tow and carry heavy loads like concrete, power construction tools and even charge friends’ stranded EVs.

Make sure you check out the photo gallery above to see how some F-150 Lightning owners from across the country are making use of their electric trucks.