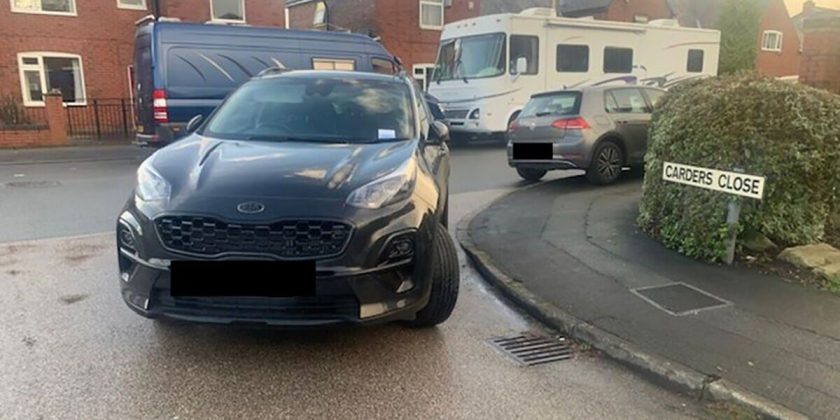 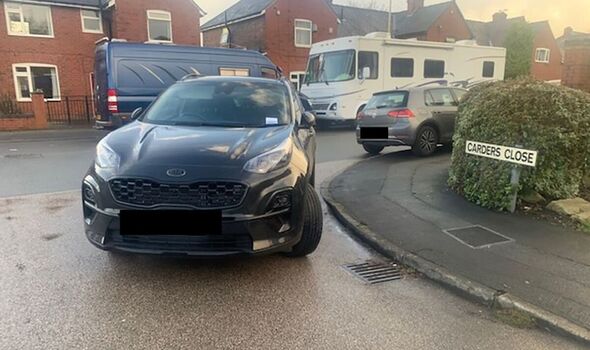 Residents are outraged over cars being parked “dangerously” on streets in a quiet suburb.

Police are so concerned about the parking they’ve shared photographs of the cars and have stressed they’ll continue to monitor the problem.

The pictures show cars dumped on tight corners, at junctions and appearing to block driveways near Leigh, Greater Manchester.

The issue was exasperated on Sunday because Manchester United Women’s team played Liverpool at Leigh Sports Village, and fans had parked on streets in the area.

Some residents have suggested street parking should only be allowed in the area with permits, reports Manchester Evening News.

One resident posted on Facebook: “It would help if it was permit holders only!! Ridiculous I can’t park near my house when anything is on at Leigh Sports Village.”

Another shared: “The cars were blocking people’s driveways and there was nowhere for residents to park. The chances are the majority of people parking their cars like this will be from out of town.”

Several drivers have been handed tickets after the parking problems were reported.

Greater Manchester Police Leigh posted on Facebook: “Following complaints from residents, several tickets have been issued to vehicles parked on the streets surrounding Leigh Sports Village, Leigh. Vehicles parked in an inconsiderate manner and causing an obstruction or posing a danger to pedestrians have been issued Traffic Offence Reports.

“Please be considerate to residents, pedestrians and other road users and park safely. When parking, please make sure that you don’t block a driveway and make sure to leave sufficient room at junctions and on pavement’s for wheelchairs, pushchairs, mobility scooters and pedestrians to pass by without issue.

“We will continue to monitor the area and issue traffic offence reports to those who can’t park responsibly.”