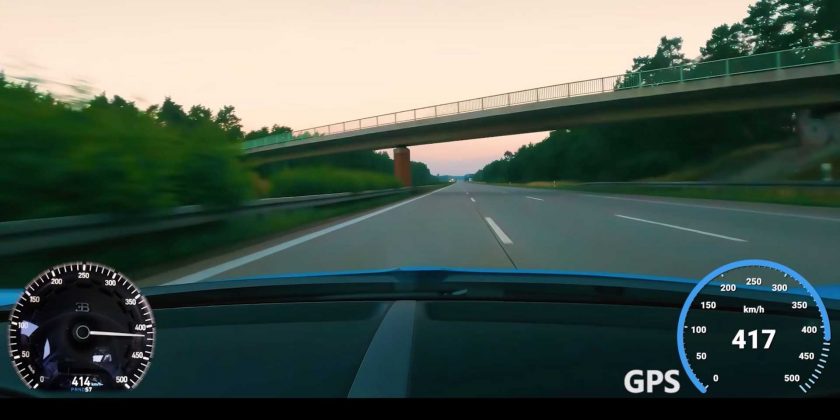 A recent video showed a Bugatti Chiron doing a top-speed run on the autobahn and reaching 414 kilometers per hour (257.248 miles per hour), according to the speedometer. In a newly released raw clip from that attempt, the hypercar actually went a bit faster because the GPS briefly showed 417 kph (259.1 mph).

Where the previous video tells a story about this Chiron and its owner, the latest one is just a GoPro facing forward during the run. The driver starts from a complete stop and accelerates onto the autobahn. The Bugatti gains speed easily, but the person behind the wheel isn’t pushing the machine to hit the maximum velocity too quickly. 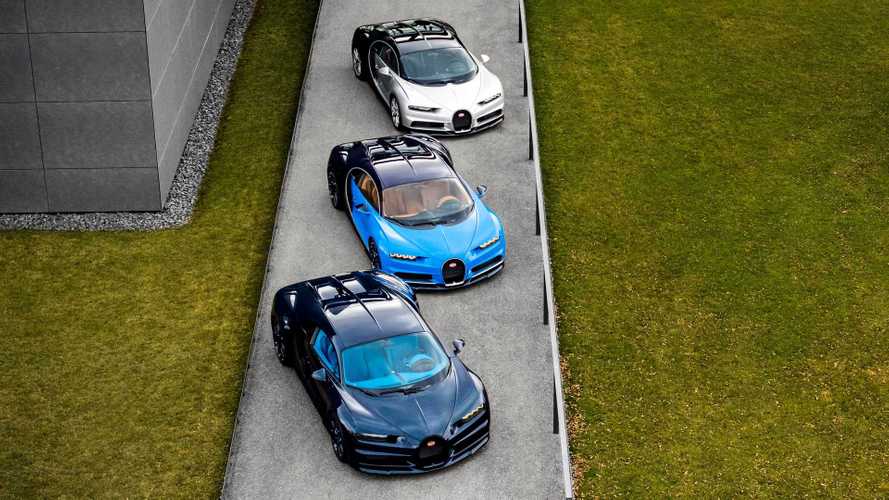 The driver gradually gains speed and just keeps pushing. The traffic is light, and there are no vehicles in the left lane. The only sound comes from the wind rushing over the car.

This run took place in July 2021 on a section of unrestricted autobahn near Wittenberg, Germany. The situation appears as safe as possible, at least when going nearly 260 mph on a public highway.

At these speeds, the world is basically a blur of green trees and gray road. If you see any traffic on the road, a split-second reaction is necessary to avoid a crash.

At the end of the video, there’s a cut to the exterior of the Chiron with the rear wing up. It has the message “Have a nice day,” which is a fun thing to see on the back of a hypercar going down the highway.

The Chiron’s owner is real estate mogul Radim Passer, and doing high-speed runs in Bugattis is a hobby for him. In 2015, he took his Veyron to an unrestricted section of the autobahn and managed to go 402.5 kph (250.1 mph).

Bugatti just announced that it has a full order book for the Chiron. It will take until 2024 for the automaker to finish the production run. The automaker will also be working with Rimac as part of the new joint venture that will likely create the next generation of hypercars.