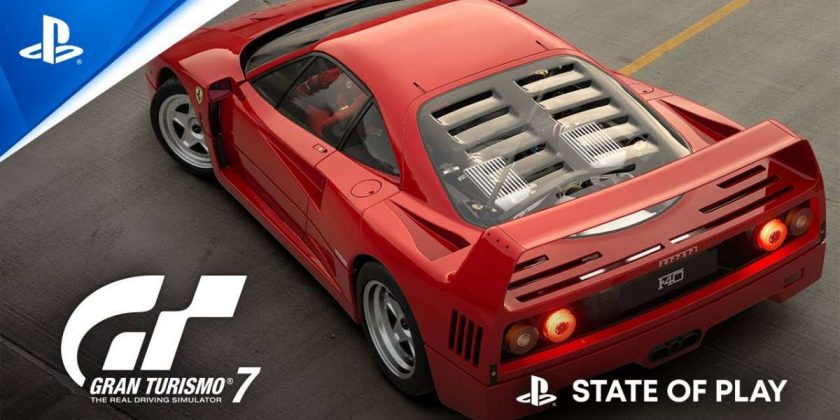 Just one month to go before Gran Turismo 7 zooms onto the PlayStation 4 and 5 consoles on March 4, and ahead of its launch, the much-awaited racing game has been detailed at the PlayStation State of Play livestream event this morning. Developer Polyphony Digital is promising big things for the series’ first main numbered entry since 2013’s GT6, promising a deeper Campaign Mode and greater customisation.

That’s right – after the esports-focused GT Sport in 2017, GT7 marks a welcome return to a full career-driven experience, which series creator Kazunori Yamauchi calls a “Car Life Simulator”. Here are the bare numbers: from launch, the game will feature over 400 vehicles and 90 track layouts in 34 locations, along with over 100 events. Of course, you’ll be able to earn licences as well, a cornerstone of the series.

While this won’t be news to experienced players, it will be a lot to take in for Gran Turismo newbies. To ease the latter into the title, GT7 will feature a new GT Café which will guide these gamers through its intricacies. This section will feature “Menu Books” with 30 assignments, helping you advance your career before sending you out on your own. It will also aid you in amassing collections of vehicles, with designers occasionally popping in to talk about the styling of a particular car.

Speaking of which, players will be able to purchase cars from one of three areas – the Brand Central for new vehicles produced after 2001, the self-explanatory Used Car Dealership and the Legendary Car Dealership for high-value vintage models. Several new cars to the series were showcased today, including the Ferrari F8 Tributo and Testarossa, Porsche Carrera GT, Mercedes-AMG GT R and FK8 Honda Civic Type R.

With the Campaign Mode coming back, you will once again be able to customise and tune your vehicles. The scope of personalisation will be expanded in GT7, with widebody kits, custom wings and even roll cages now able to be installed. The in-depth livery editor from GT Sport has been further improved, and you’ll also be able to wash your car and change the oil as per past numbered titles.

Also available are a slew of performance upgrades, including brake kits from new technical partner Brembo. These items will not only be reflected visually, but you’ll also be given a selection of calliper colours to choose from – a first for the series. The game will also now run a simulation of the car’s performance to give you accurate metrics, including a returning Performance Point system for car classification.

Original tracks are another staple of the Gran Turismo series, and with GT7, three classic circuits will be making their return – Deep Forest Raceway, Trial Mountain Circuit and High-Speed Ring. Real-world locations will still be present and accounted for, of course, including the returning Daytona International Speedway, which hosted its prestigious 24-hour race last weekend.

Designed with the next-generation PS5 in mind, GT7 will take full advantage of the console’s graphical prowess, including support for ray-traced reflections. When enabled, this effect can be seen in replays, vehicle showcases and in the Scapes and Race Photo modes for taking pictures. It will be turned off during races, however, to preserve the series’ usual frame rate of 60 frames per second. 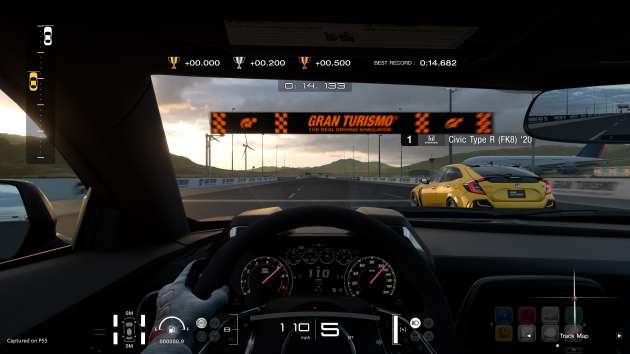 To make sure that gamers will be able to fully appreciate this, GT7 makes further use of the PS5’s capabilities, including the DualSense controller’s haptic feedback. With the latter, you’ll be able to feel the vibrations coming through the tyres when they are pushed to the limit, while the adaptive triggers will be able to simulate brake pedal feel – including ABS pulsing and even the point in which the wheels lock up.

The game also uses the PS5’s 3D audio technology, enabling a surround sound effect even when using the TV’s speakers or a pair of headphones. Yamauchi says that you’ll be able to hear the roar of the engine bouncing off walls and barriers, tyre noise coming through from below and the pitter-patter of raindrops coming from the roof above. Those are some big claims.

Elsewhere, dynamic time and weather simulation will make a return, this time utilising meteorological and astronomical data to create realistic cloud and star mapping for specific regions. Rain will cause puddles to form on the track that will take a while to dry up, and a change in weather will not only affect the car’s handling but also its performance and aerodynamics, depending on the humidity and surface temperature. 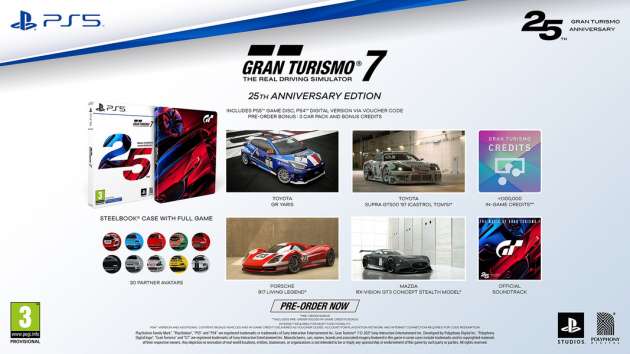 Last but not least, there’s a greater focus on music, starting with a Music Replay feature that will automatically generates camera angles – rather than those cameras being fixed to certain locations – that sync up to the song that is being played. There will even be a (slightly amusing) Music Rally game mode that allows you to drive “leisurely” to enjoy the music. You’ll still need to pass though checkpoints within a certain time limit, however, so you won’t be able to drive too slowly.

Pre-orders for GT7 have already commenced, with PS4 and PS5 versions retailing at RM249 and RM299 respectively. Early birds will receive 100,000 credits to start the game with and three free cars (including the iconic Castrol Tom’s Toyota Supra GT500), plus a leather keychain with the purchase of every physical copy.

The 25th Anniversary Edition costs a whopping RM379 but bundles both PS4 and PS5 versions. You’ll also get 1,500,000 credits, 30 special PlayStation Network avatars, a Toyota GR Yaris with country-specific livery and the official soundtrack. The physical version trades 500,000 of those credits for a steelbook case.