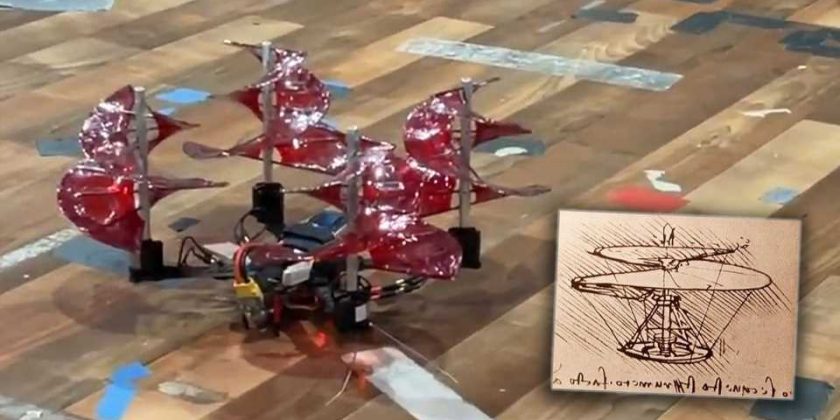 Drones aren’t anything new—multi-rotor aircraft are becoming a bigger part of people’s lives every day. From the latest batch of up-and-coming urban air mobility companies to hobby applications, electric aircraft with four or more motors are commonplace, and generally, they use conventional multi-bladed propellers to keep themselves aloft. That’s not what’s going on with this particular drone developed by engineering students at the University of Maryland, though.

Assembled for a student design competition hosted by the Vertical Flight Society, it’s a mixture of old and new. With rotors reminiscent of Leonardo DaVinci’s aerial screw illustrations from the late 1490s, it flies like any other drone would, all while looking extremely bizarre and having interesting flight characteristics. 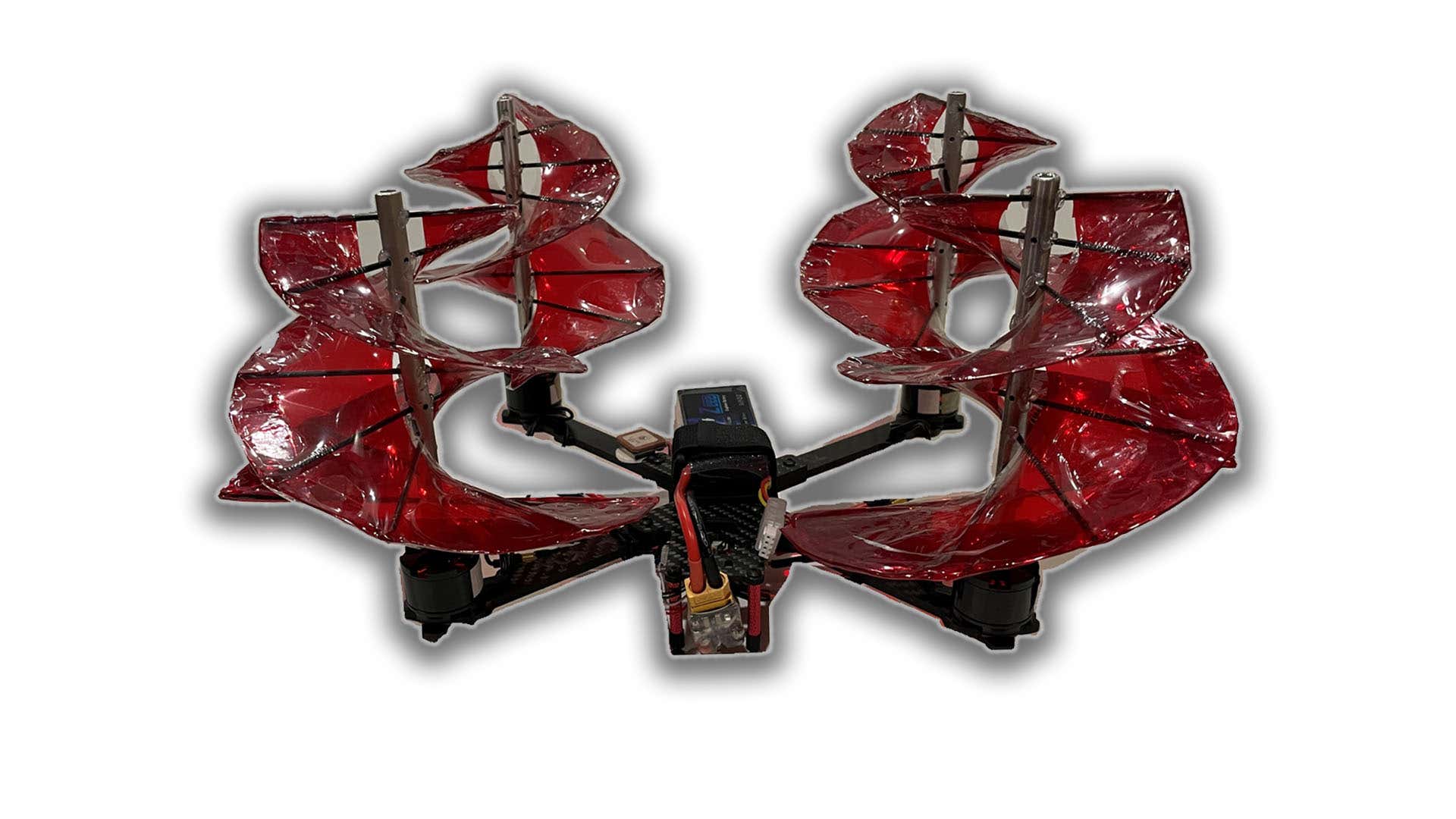 The project started back in 2019, though a functional model wasn’t built until 2021 by Austin Prete. He pieced together the drone with help from prior development work done by his team which was sponsored, appropriately, by Leonardo Helicopters. Surprisingly, the design challenge was actually to build a modern aerial screw vehicle, so the students’ basis for the design was more or less pre-determined. “After that competition ended, I continued on the research into making a flying aerial screw vehicle,” Prete told me. “It was a fairly smooth transition from that.”

Prete’s prototype uses conventional drone parts—minus the rotors, of course. They’re built from a mixture of plastic, steel, and aluminum. The engineer tells me the primary disadvantage of these sorts of rotors is the weight of their construction; however, that doesn’t mean they’re without merit. In fact, for a given RPM they produce more thrust, albeit while using more power. Prete indicated that more powerful motors are necessary to drive the screws, likely due to their weight and the manner by which they produce lift. Based on digital analysis, it’s indicated that they produce a large portion of their lift not necessarily by moving a high volume of air, but by creating a bound tip-vortex. As a result, attempting to place a duct around this design would actually result in poorer performance, although Prete indicates that different screw designs could act in different ways.

Other advantages include reduced downwash and potentially quieter operation, although it was made clear that a lot more testing would have to be done with this sort of rotor to get any definitive performance data. “Since the aerial screw leverages a bound-tip vortex for lift more than displacing air, the geometry has great room for optimization and improvement to benefit the bound tip vortex,” Prete explained. “The design I used was not optimized,” he continued, noting that a more efficient design was definitely possible. 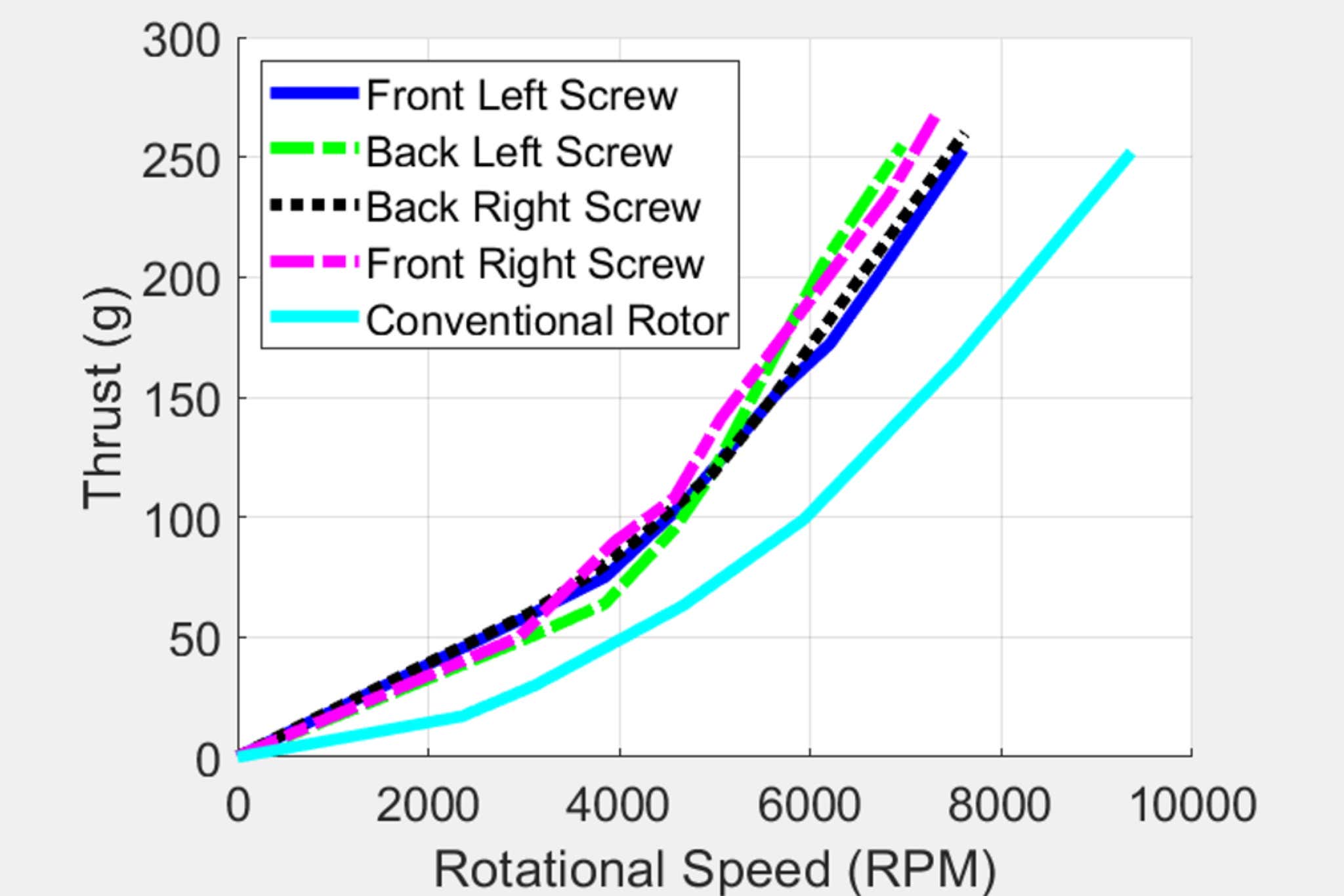 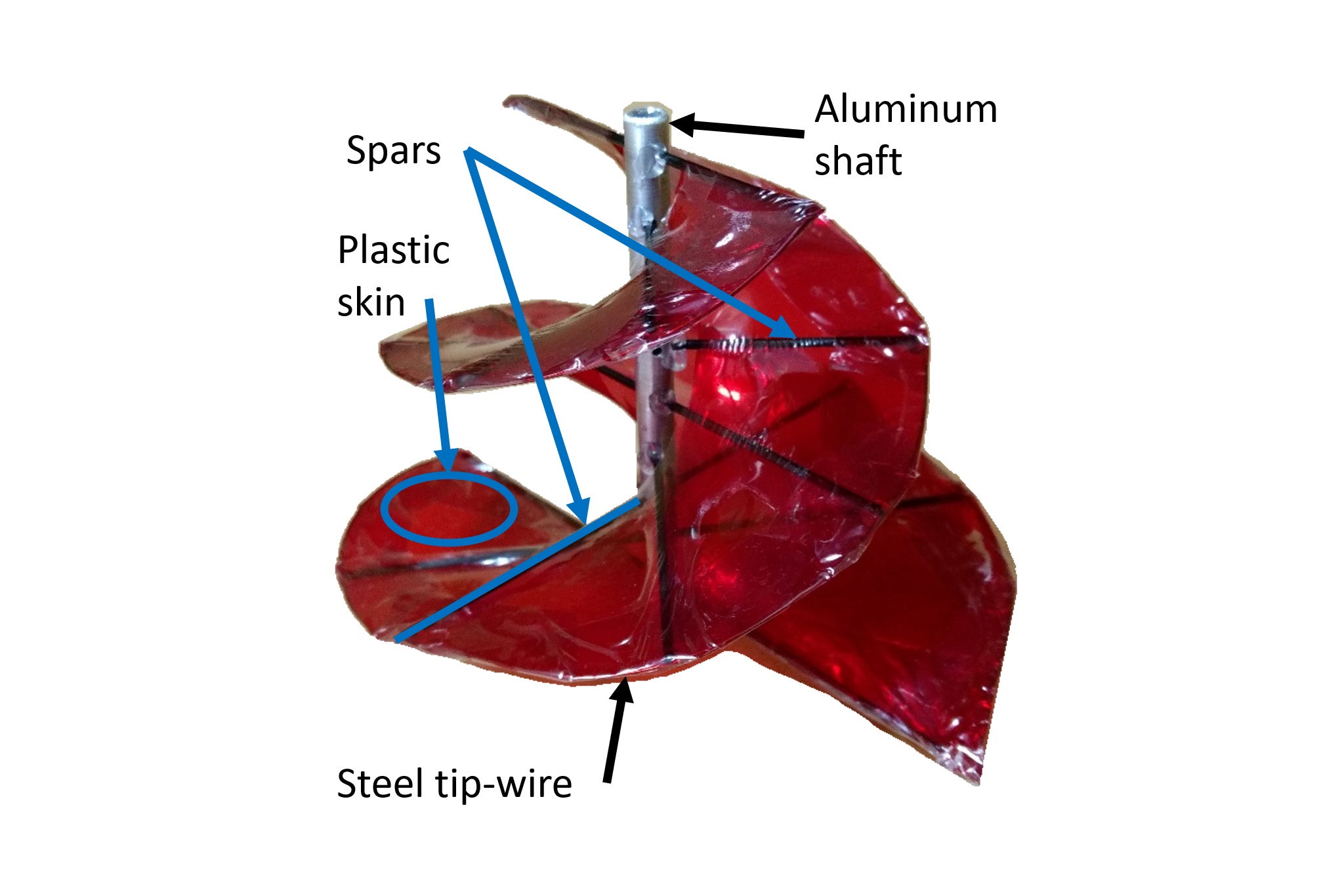 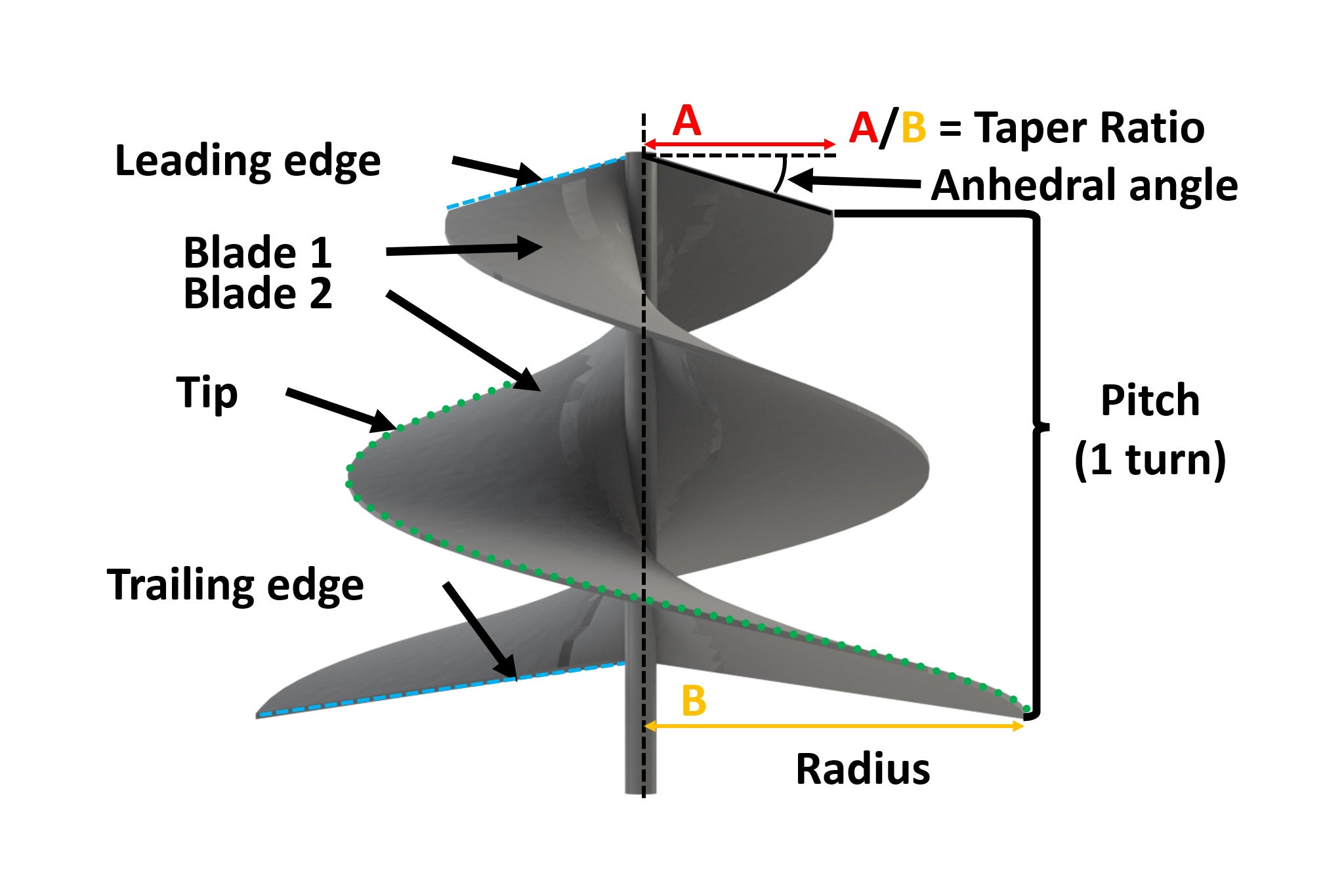 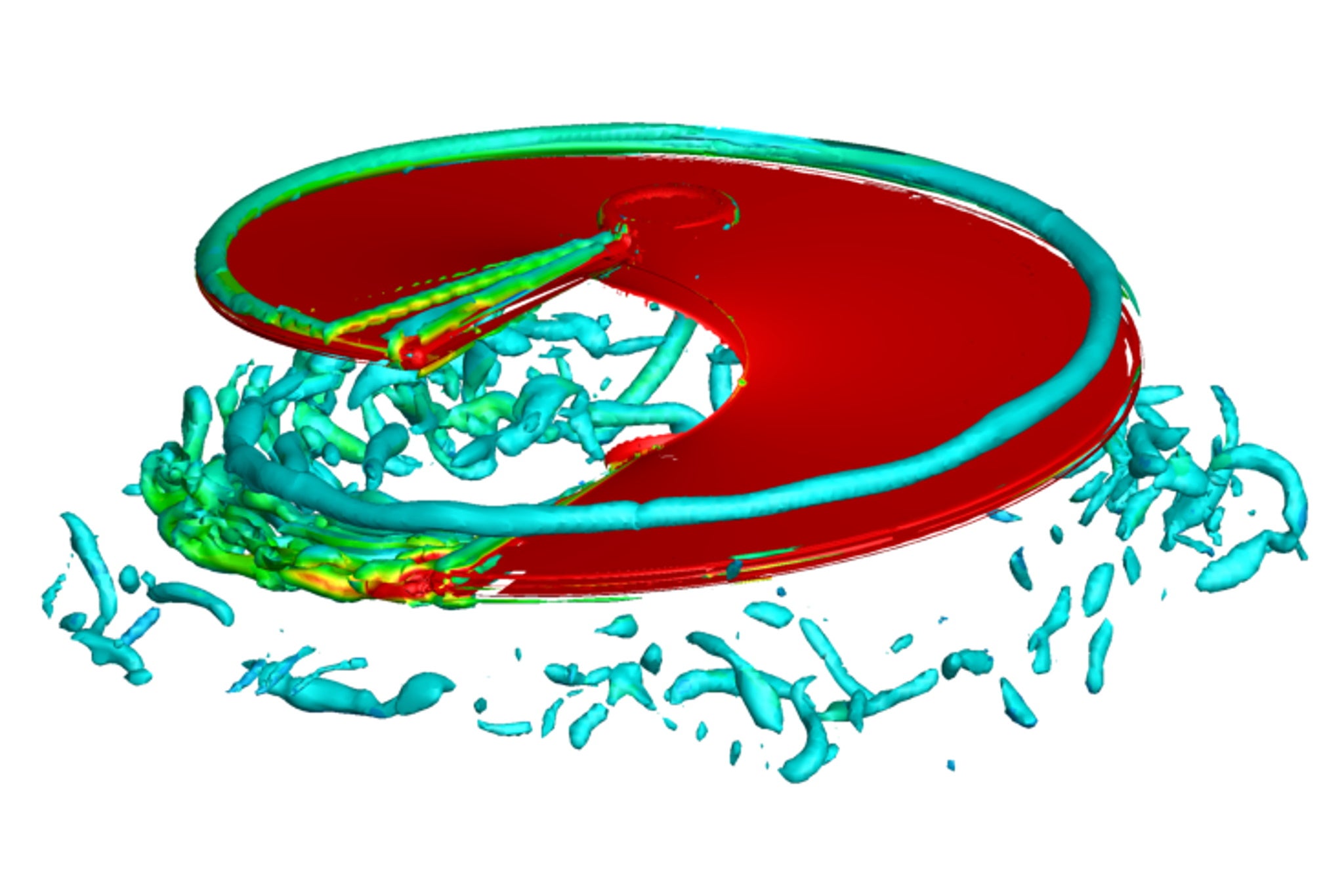 As far as scaling these sorts of rotors go, more small-scale work would likely have to be done to prove their worth. They could still work at larger scales, though. “There is good potential and plenty of conceptual student designs from UMD and other universities which highlight that a larger scale aerial screw is feasible,” the engineer said. “In fact, the performance of the aerial screws I’ve tested is very similar to conventional rotors of the same scale.” This might indicate that larger screws have similar performance to their conventional rotor counterparts.

This doesn’t mean you’ll start seeing helicopters or the like with DaVinci screws instead of conventional rotors, but it does mean the concept is workable, and for certain applications, it might even be more appropriate. Prete says he’s not in a position to continue developing the concept as he’s taken a job in the industry. That said, he’s open to seeing others advance the idea.

“I would like to see others expand on… the optimization of aerial screw geometry to benefit hover performance, a comprehensive analysis of aerial screw performance in higher forward flight regimes, and general rotor characterization,” he said. Clearly, there’s at least more wacky-looking aircraft to come out of this sort of work.