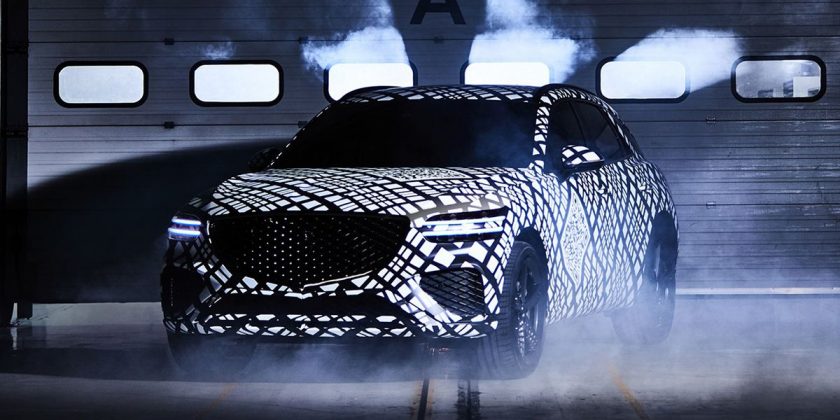 Genesis won’t be just a brand focused on luxury sedans; the South Korean luxury marque has been busy filling out the rest of its lineup, and the next model we’ll see in the metal is the GV70 SUV. Based on the G70 sedan, just like the GV80 SUV borrowed the underpinnings of the G80 sedan, the latest model will play the role of the compact luxury SUV in the brand’s lineup.

When it comes to design, it’s clear that Genesis wants to maintain a unified family look across its range. This means a crest-shaped grille and two-tier headlights bisected by LED strips, as the teaser image above reveals. The same two-tier structure will extend to the taillights as well, as another camouflaged detail shot shows.

What can we expect under the hood of the GV70?

The compact SUV is expected to offer a turbocharged 2.5-liter inline-four as the base engine, in keeping with the G70 sedan’s offerings, good for 290 hp. But a beefier option is expected to be the twin-turbocharged 3.5-liter V6 found elsewhere in the range, with 375 hp on tap. 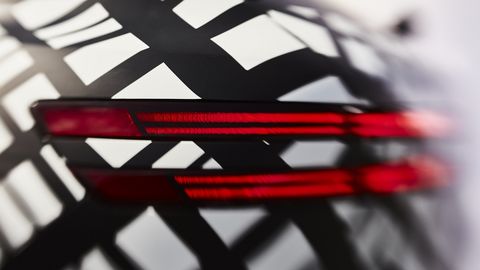 On the inside, we can expect more items similar to those on the G70 sedan, but since this will be a compact SUV we can rule out a third row option early on, despite the fact that increasingly smaller models have bent over backwards to offer such an option. But it’s the larger GV80 SUV that’s likely to be the sole SUV in the range with third-row seats. The GV70, on the other hand, will aim for the likes of the Lexus UX and the Cadillac XT4.

When will we see the GV70 on sale?

The SUV is likely to land close to the middle of 2021 as a 2022 model, with a starting price close to the $40,000 mark. This will put enough distance between it and the larger GV80, which is expected to go on sale this fall. The GV70 will also follow the appearance of a redesigned G70 sedan, which will receive a major refresh for the 2022 model year.

Sign up to leave comments below, and let us know what you think about Genesis’ growing lineup.