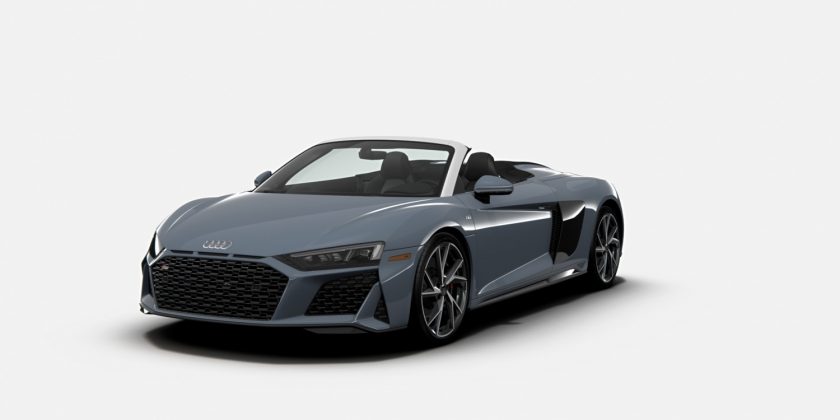 Starting at $142,700 for the RWD Coupe, the R8 lineup will be RWD as standard for 2021 with the quattro making more power and costing about 50 grand more.

Audi of America announced today that the Coupe and Spyder versions of the R8 RWD would be available, though, for a limited time only. That means that although you can’t buy a standard R8 Quattro any more (only the performance version) you will be able to get the less powerful R8 in RWD guise.

The RWD models get high-gloss black trim as standard. They also get Mythos black side blades and chrome exhaust tips.

And Audi hasn’t simply disconnected a prop shaft to make the RWD. To be stronger, the rear axles are solid, unlike the Quattro model, whose rear axles are hollow. The RWD also comes with a stiffer front anti-roll bar and increased negative camber at the back wheels. Buyers can also choose to buy a carbon-fiber front sway bar, which reduces weight by nearly five pounds.