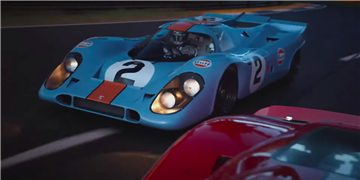 The Gran Turismo series is about to get its newest entry. Sony has announced Gran Turismo 7 is on its way for the Playstation 5, and it looks phenomenal. The company has released a new trailer with plenty to dissect.

The trailer opens with an introduction from Kazunori Yamauchi of Polyphony Digital, before jumping right into the action. Since the game is designed for the latest generation of Playstation console, the graphics will be over-the-top gorgeous—or, at least they look like they will, judging by the trailer. We’re treated to a whole host of action scenes, beauty shots, closeups of cabins, steering wheels, and great racing action.

As with any great Gran Turismo game, the selection of cars looks to be immense. Even in the trailer, we’re able to spot dozens of iconic vehicles, including Porsche 917s, Dodge Vipers, Chevy Corvettes, BAC Monos, Acura NSXs, Subaru WRX STIs, Toyota Supras, and even Mazda’s RX Vision GT3 concept.