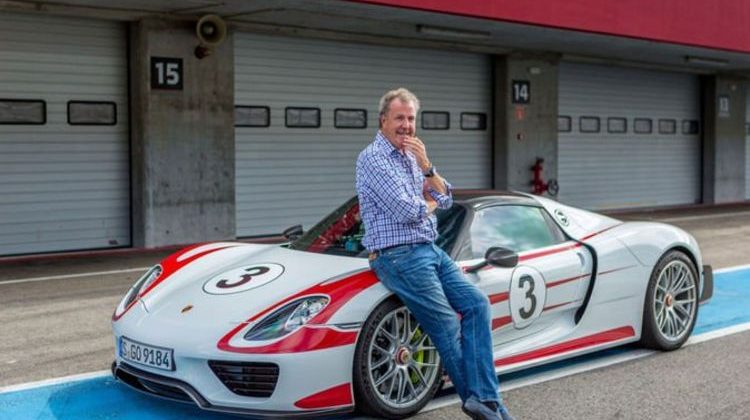 The Grand Tour: Official trailer for Carnage A Trois

However, the Grand Tour and former Top Gear star hinted he would get back behind the wheel to film more cars programmes in 2022. Jeremy Clarkson said he hoped to “resume” Grand Tour filming next year to get the show “back to what it used to”.

He also admitted he missed travelling with Grand Tour co-hosts James May and Richard Hammond.

He said: “When the pandemic hit, it was decided that reviewing Hyundai’s and Volkswagen’s was not key work.

“Which was fortunate really because I was able to do farming which was deemed to be key work, so that was good.

“Obviously I miss travelling the world with James and Richard which is always fun.

“But hopefully now it seems to be waning, we can resume that next year.

“We are certainly planning to and getting The Grand Tour back to what it used to do.”

The Grand Tour has just announced their first post-pandemic international special will be released this December.

It will see the trio travel to France to take part in a series of challenges in the show ‘Carnage A Trois’.

This was previously hinted by Grand Tour Nation back in April who said the boys had been spotted driving French cars, including one owned by Wheeler Dealers star Milke Brewer

Mr Brewer tweeted that Jeremy was using his Citroen SM back on April 27.