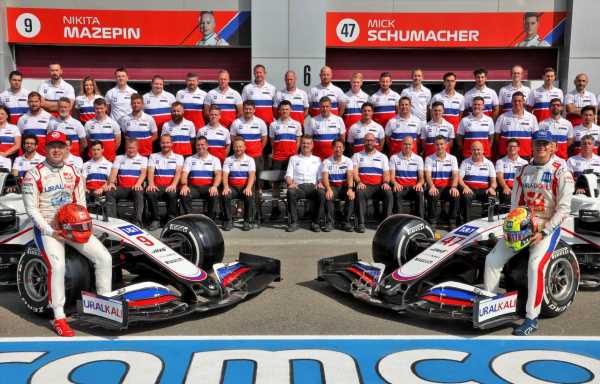 Haas’ chief sponsor Dmitry Mazepin is looking into launching a staff incentive scheme to encourage key personnel to stay with the team.

This has been a demoralising season for Haas, who knew from the outset they would be uncompetitive as all of their development focus was put into creating the brand-new car for next year’s big F1 regulation changes.

The American-owned squad go into the final two races of the campaign still without a point on the board, which means their rookie drivers, Mick Schumacher and Nikita Mazepin, son of the title sponsor, have yet to open their accounts in Formula 1.

Although Haas have received personnel support from Ferrari, who supply their engines, they have had to cope with staff departures – and Mazepin junior revealed that in Brazil recently he was saying goodbye to some of those with whom he had worked most closely.

Therefore, with a record 23-race season scheduled for 2022, the Russia-born driver’s businessman father, whose Uralkali branding is splashed all over the Haas livery, is prepared to offer a type of loyalty bonus in the hope that Haas can keep hold of their best people.

“For next year, we are prepared to voluntarily offer additional conditions on which we would like to interest the Haas staff to stay with the team, to get more involved in the processes,” Mazepin senior told Russian outlet Match.tv.

“I understand it is difficult to travel to 23 countries during a season, to attend 23 races. The human factor plays a big role here.

“That’s why we want to increase internal motivation in every way possible and, as a sponsor, be part of the team.”

Mazepin’s 22-year-old son explained in Brazil that the emotion he had expressed during a media interview after qualifying had been as much a result of losing some of his most trusted colleagues than his own performance on the track.

“I know not everyone that’s around me this year is planning to stay for next year,” said Nikita Mazepin.

“I’ve been surrounded by some very great, honest people – my engineer left last week to another team and he’s unfortunately not the only one. That’s the challenge.

“Good people in any industry is…something you want to hold onto. Unfortunately, personal relationships aren’t something in this sport that can make people stay – it’s the financial reasons quite a lot of the time and life goes on, people get families, the calendar gets ever growing.

“Unfortunately, they are right in that respect that families should come first. Sport is all I do in my life, but I’m only 22 and I guess if I was 10 years older and I had kids I would make similar decisions as what they do.”