A jaw-dropping tribute to the legendary supercar of the 1980s blending retro and modern cues.

Marcello Gandini’s design of the Lamborghini Countach continues to impress even after more than four decades since the launch of the original production model in 1974. As a matter of fact, the Countach is actually older than that as its origins can be traced back to the year 1971 when the LP500 Prototipo was introduced at the Geneva Motor Show. Tweaking the styling of Sant’Agata Bolognese’s famous wedge-shaped supercar is something only the brave and talented should attempt, and as luck would have it, Motor1.com reader Jimmy Nahlous is both.

Paying homage to multiple versions of the Countach, the artist has envisioned a modern-day version of the V12 machine. These highly detailed renders take after the aforementioned prototype when it comes to the design of the front bumper and roof indentation, with the styling of the latter also influenced by the rare LP400 Periscopio. 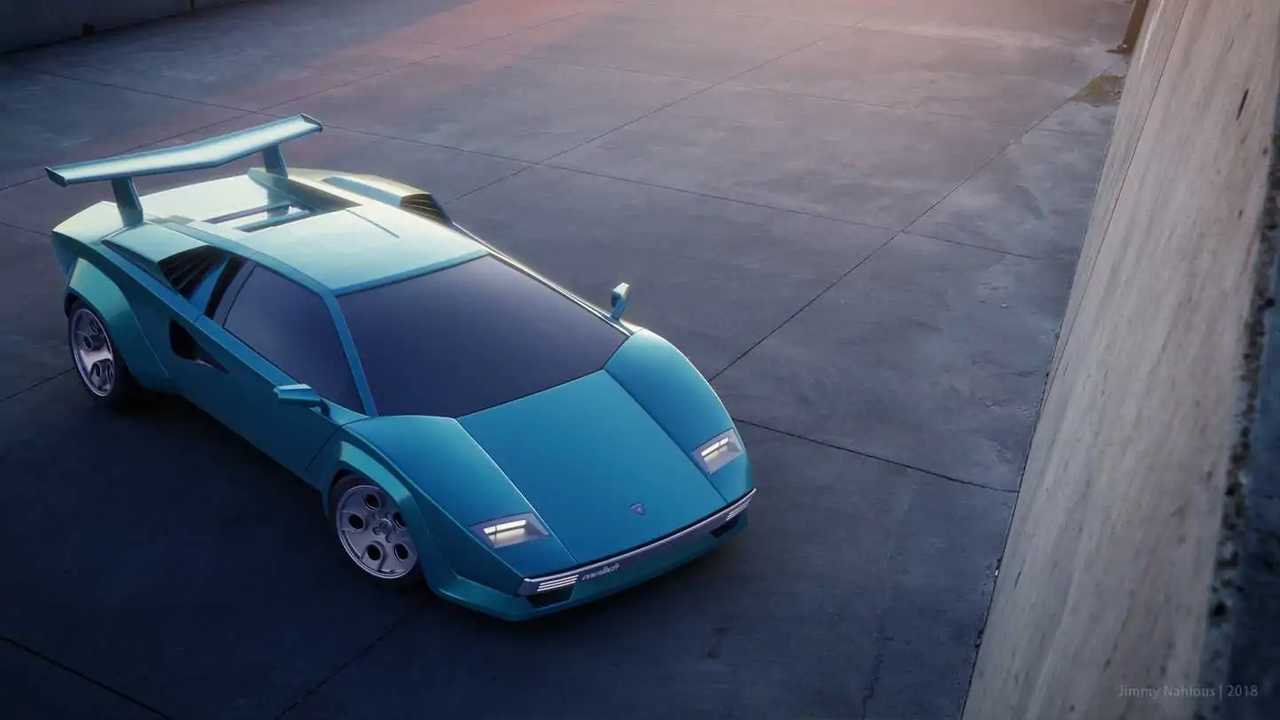 Diehard Lamborghini fans will also notice the front and rear air intakes derived from the 25th Anniversary Edition launched in 1988, along with the engine cover created as a nod to the LP400 and LP500 models. Those retro-tastic Campagnolo Bravo wheels borrowed from the LP400S measure 17 inches at the front axle and 18 inches at the back.

The stunning render is more than just a styling design exercise as it’s proportionally based on the real Countach using laser scan data. Not only that, but Jimmy Nahlous has told us he has copyrighted the design, with the obvious exception of the raging bull logo. His dream is to see the modernized supercar in real life, but that will only happen with the help of an investor willing to turn the renders into an actual car.

For those wondering how the windows would roll down, the author has told us he’d probably opt for the split window setup of the prototype. He went on to say his father actually owned one, but unfortunately lost it during the Lebanese Civil War before he was born, so the artist never had the opportunity to drive it. He had the chance to hop onto the driver’s seat of other Countach models, fueling his imagination to give the iconic supercar a 21st century makeover.