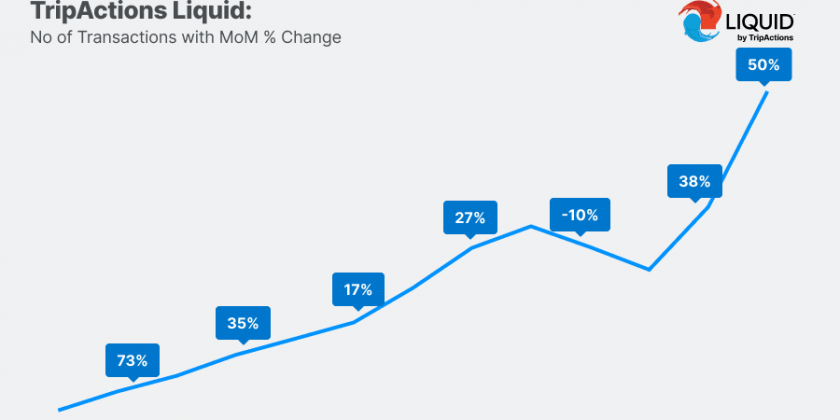 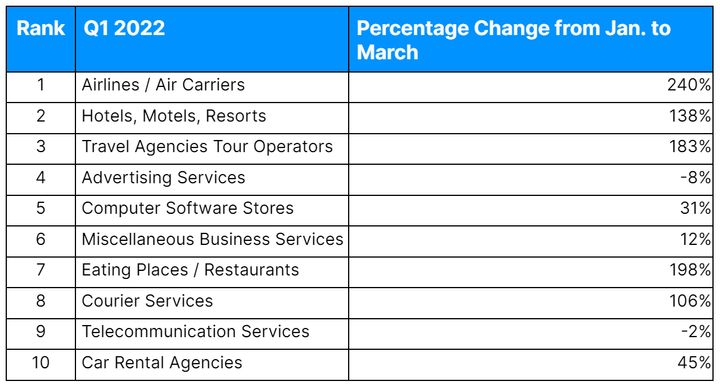 According to TripActions Liquid, spend in car rental increased 45% from January to March 2022 – though that lags far behind the increase in airlines and hotels for that period.

With Omicron cases decreasing and travel restrictions dropping, spending for U.S. business travel has seen a huge growth in the past two months.

From January 2022 through March 2022, total spend value processed via TripActions Liquid grew 114%. In just the month of March 2022, there was a 1,681% year-over-year increase in business travel spend.

“TripActions Liquid was already on its way to leaving the atmosphere on its current trajectory of recurring and spot purchases,” said Michael Sindicich, general manager of TripActions Liquid, in a blog post. “This strong return to travel has only added more fuel to the rocket powering the product’s growth. And as more employees hit the road and see the real value of automating and reconciling expenses, the TripActions effect will only grow.”

From January to February, travel spend increased 86%, according to TripActions Liquid, a travel and expense management company for businesses. Then from February to March, travel spend rose another 72%. 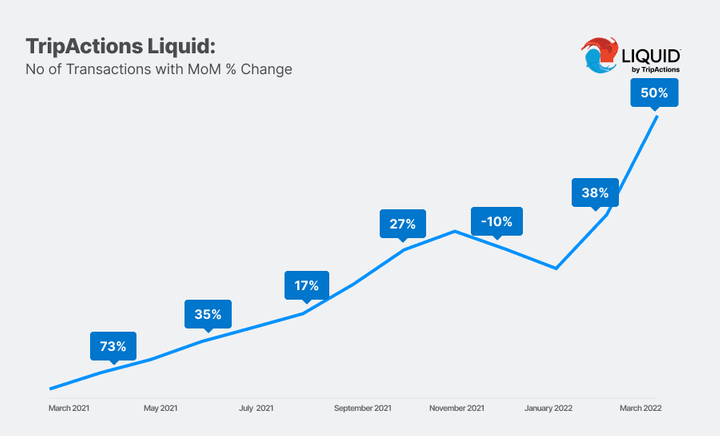 Transaction volume processed via TripActions Liquid has increased 107% from January through March 2022. Year over year, the increase was 1,231%.

Transaction volume processed through TripActions has more than doubled (107%) from January through March 2022. This is an increase of 1,231% year-over-year.

When looking at specific industries, spend in car rental increased 45% from January to March 2022, according to data from TripActions Liquid. Airlines took the top spot for increase in spend by 240%, followed by restaurants at 198%, travel agencies tour operators at 183% and hotels at 138%.

On TripActions, global travel bookings grew 125% from January through March – a 875% year-over-year increase in bookings.

“What we're seeing now is a confluence of rising business demand and somewhat limited capacity,” said Daniel Finkel, chief commercial officer at TripActions. “Airlines are reporting 70% recovery of business travel, yet there are pilot and staffing shortages and supply chain issues with plane deliveries. And while rising fuel prices have not affected fares just yet, that could be on the horizon. In general, airlines are starting to substantially reduce their lowest fare/advanced purchase inventory in favor of higher fares and last-minute pricing.”