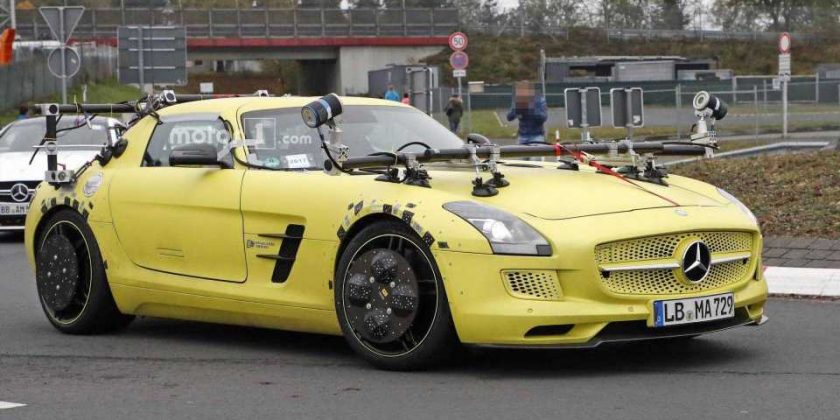 This was alluded to by Mercedes CEO, Ola Kallenius, in a recent set of statements.

It’s no secret that an increasing number of automaker are looking towards electrification to boost the performance of their fastest cars. This reliance on electric boost will become more and more of a necessity as emissions regulations become ever more stringent with each passing year.

Mercedes-Benz is one of those car makers that is really giving electrification a shot, as it plans to add six all-new all-electric models to its range in the next couple of years. And it will begin to more heavily rely on electrifying its sporty ICE vehicles to make them meet both the desired performance needs, as well as in order to help clean up their emissions.

This is not surprising because the manufacturer has already begun offering a wide array of mild hybrids and plug-in hybrids too. Automotive News recently quoted the boss of Mercedes-Benz, Ola Kallenius, who said he wants his company to rival the other big automotive name from Stuttgart. Apparently, there are even plans to introduce a dedicated EV platform specifically designed for sports cars.

‘We have a very comprehensive product portfolio, including very attractive sports cars, and sports cars will go electric as well. So stay tuned. ‘

He did no mention specifics, though, and we can’t really speculate because the rumor mill has not churned out any tidbits of information about an electric sports car project. Mercedes-Benz was actually at the forefront of electric vehicles (and electric sports cars) and proof of this was the unveiling of the SLS AMG Coupe Electric Drive.

That was an actual production car sports coupe that was fully electric, it had 740 horsepower and it drew from a 60 kWh battery pack that gave it an NEDC range of 255 km (160 miles) on a single charge. Only 100 were ever made and fetched $550,000 each.

Mercedes-Benz is currently working on another electrified performance vehicle now, but it’s not fully electric – the Mercedes-AMG One. It’s an upcoming plug-in hybrid supercar that will mate a 1.6-liter force-fed V6 to four electric motors for a combined output in excess of 900 kW (1,200+ horsepower). It will also run on an 800V architecture and offer up to 25 km (15 miles) on one charge.