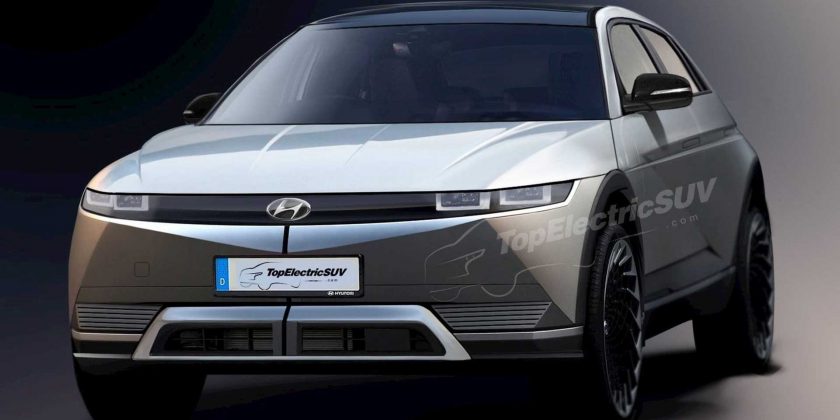 The artist says there’s a high level of accuracy here due to spy shots and other crucial information.

The Hyundai Ioniq 5 is based on the Hyundai 45 concept that debuted at IAA in 2019. It will be the first of five vehicles under the Ioniq sub-brand, and it will ride on Hyundai’s new Electric Global Modular Platform (E-GMP). It should arrive in the U.S. in the second half of 2021 with a price tag of around $40,000 to $45,0000.

Hyundai was set to officially reveal its E-GMP platform last week. However, the event scheduled for October 21, 2020, was postponed for unknown reasons. We’re not sure of the impact of this on the Ioniq 5’s timelines. The E-GMP dedicated EV platform features an 800-volt battery system and 350 kW charging capability.

TopElectricSUV used information from spy shots, videos, other renderings, and known information about the upcoming Ioniq 5 to create the rendering at the top of the page. It referenced spy shots of the Hyundai 45 shown on Motor1.com, as well as bumper ‘intakes’ and cuts revealed by Korean Car Blog.

Join owners and enthusiasts discussing the Ioniq 5 at InsideEVs Forum!


The publication says it believes the rendering is highly accurate thanks to all of the available sources and information. Of course, the Hyundai 45 concept (shown below) was used for reference as well. 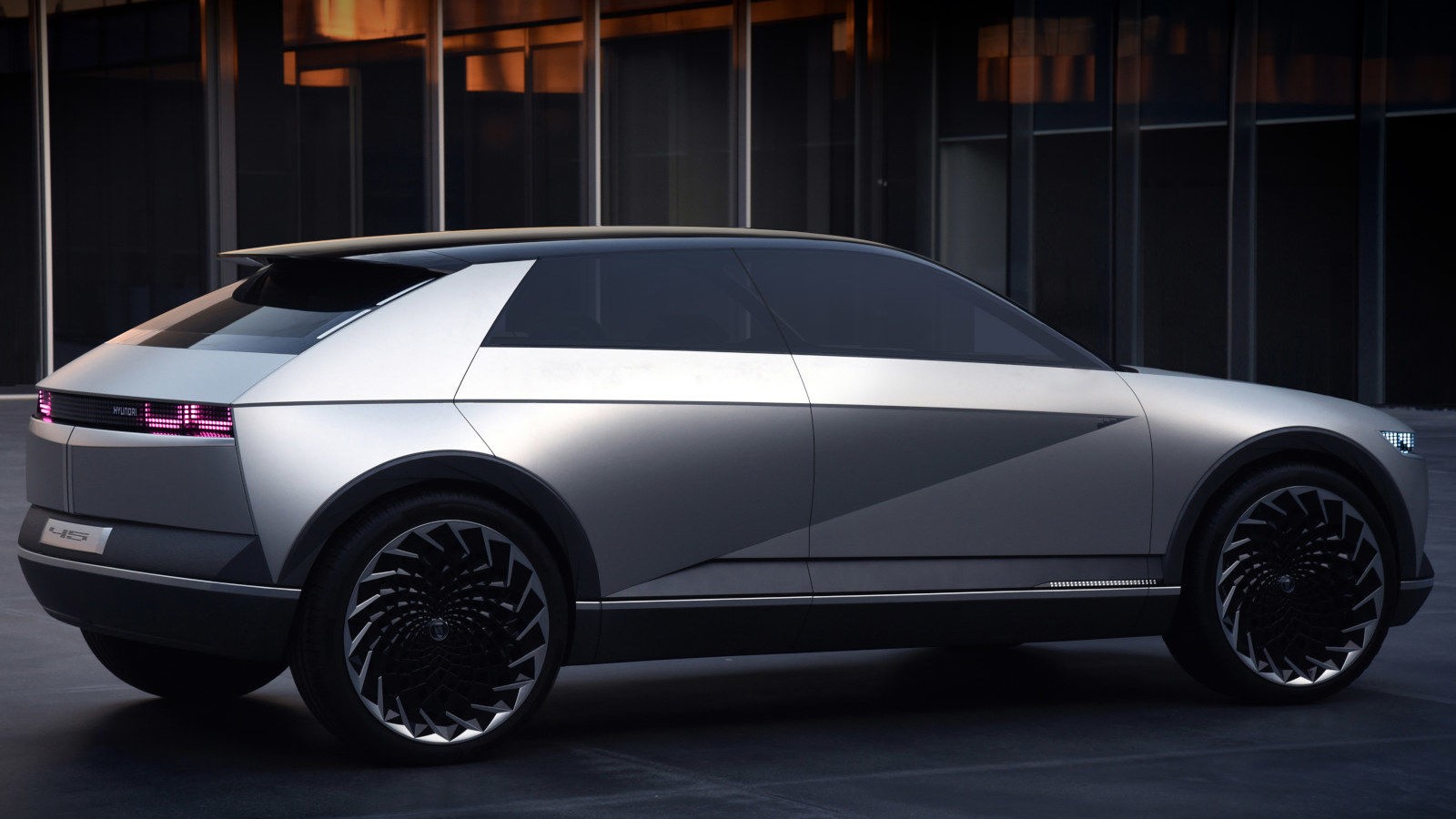 TopElectricSUV didn’t provide a rendering of the Ioniq 5’s rear, but below we have a look at the back end of the Hyundai 45 concept. 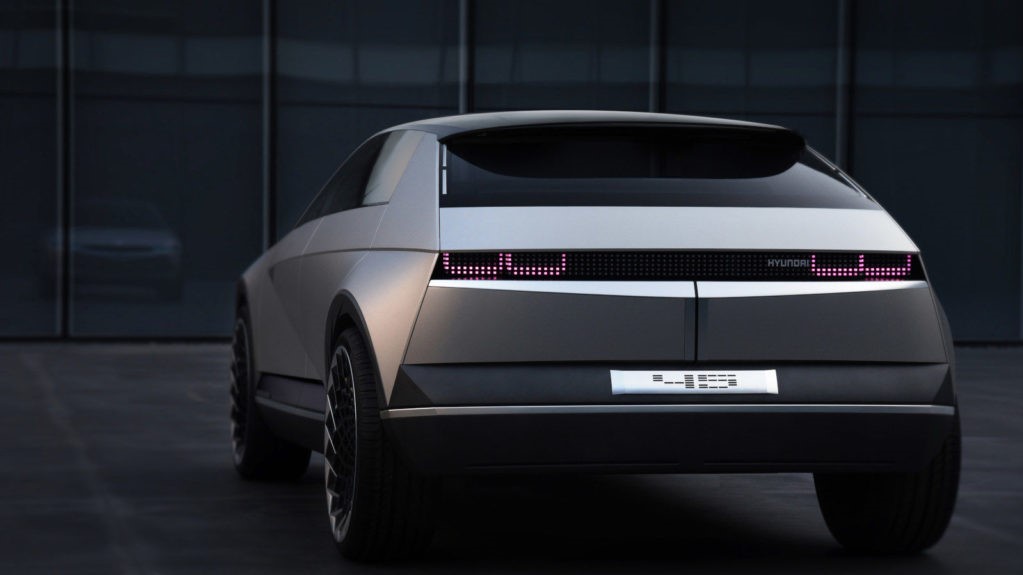 While we have no idea what the U.S.-spec Ioniq 5’s interior will look like, the Hyundai 45 concept’s interior is shown below. 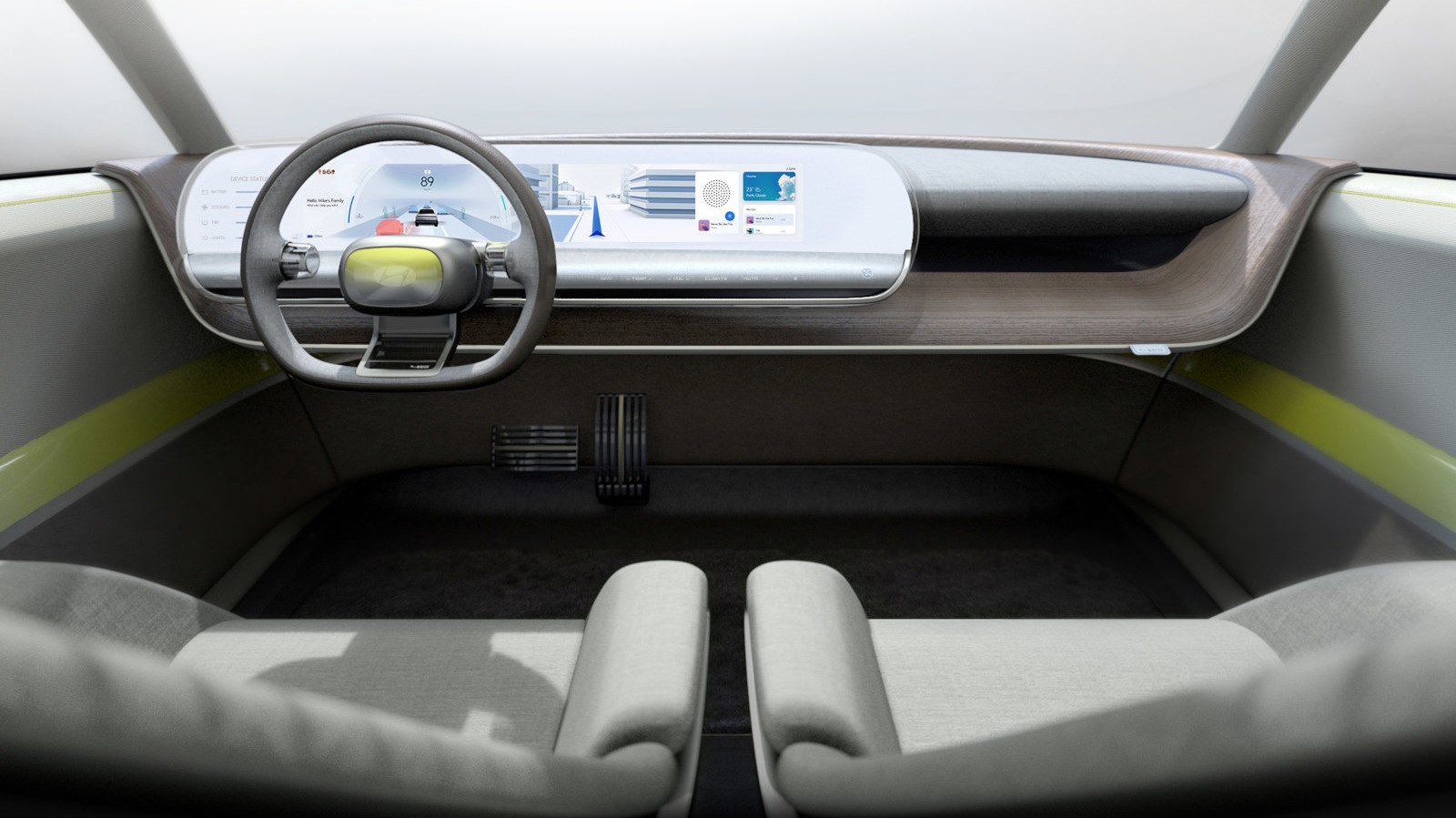 As part of its rendering process, TopElectricSUV referenced a spy video shared on Instagram by user xxkwanixx. It shows the Ioniq 5 out driving and reveals its unique pixelated lighting technology.

Hyundai recently revealed at the Greentech Festival in Germany that it plans to begin accepting reservations for the Ioniq 5 soon. As soon as more information becomes available, we’ll keep you informed.