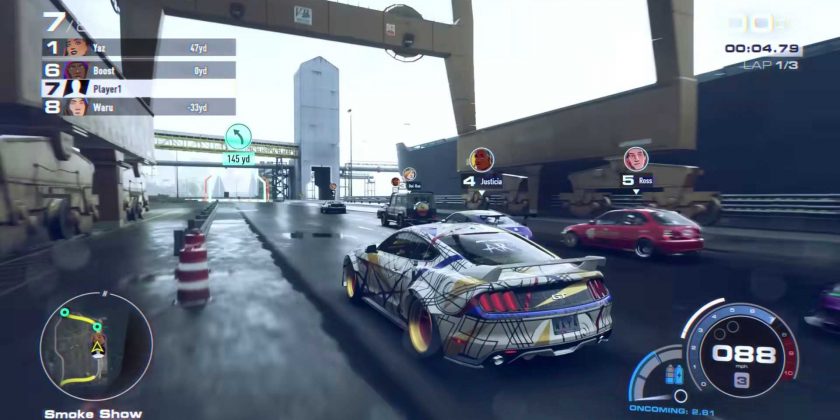 Need for Speed Unbound launches on the PlayStation 5, Microsoft Series X/S, and PC on December 2. The latest trailer for it provides a great look at the actual gameplay so you can see what the racing is like.

Running from the police is one of the core parts of a Need for Speed game, and the trailer puts this part of the experience front and center. The graphical interface even has a display telling the player how many cops are chasing them.

Of course, there’s also traditional car-against-car racing. The trailer shows the ability to bet against rivals and challenge them to gain currency in the game.

The overall aesthetic is intriguing. The cars and the game world look realistic. However, there are visual flourishes where things like wings emerge from the vehicles, and these elements have a graffiti style. The smoke coming off the tires gets a similar treatment. In addition, the human characters have flat textures that make them look like cartoons.

The game takes place in the fictional city of Lakeshore, and some of the areas look reminiscent of Chicago, Illinois. It’s an open world to explore and race through. Judging from the trailers so far, the landscape includes a port, Chinatown neighborhood, and a downtown area.