Speed camera vans are another deterrent for road users and their mobile ability helps them to pick up on details which may have been missed by the static boxes. Go Safe vans identify hazardous motorists when on the roads and also issue tickets and charges for offending road users.

Speed camera vans do not need to be visible

There are no laws regarding speed camera vans needing to be visible for everyone to see and officers are allowed to operate in the dark.

However, officers say they don’t often do this due to the benefit of being visible on the roads.

They say just being a presence helps boost deterrence as road users are less likely to commit silly errors or speed offences when in the eyesight of a speed camera van. 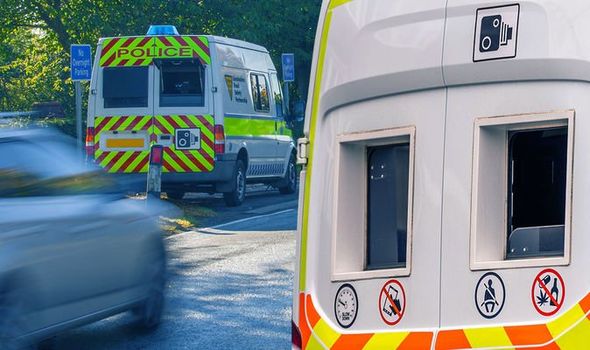 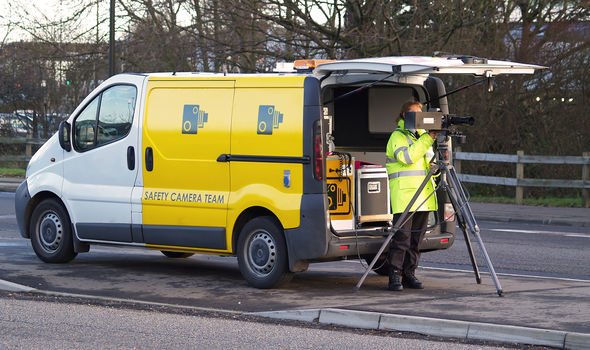 Gareth Thomas said: “Legally, we don’t have to be visible. I could camouflage myself if I wanted to – but it’s all about being fair, education and preventing an accident.

“Even if I parked my van and went for a walk somewhere, it would deter people speeding right away.”

Does the 10 percent speeding rule exist?

Going above the speed limit by 10 percent and not being hit with a ticket is a widespread speeding excuse which is correct.

Gareth Thomas confirmed motorists would not usually get a ticket if they did not exceed the speed limit by more than ten percent plus 1mph.

However, the National Police Chiefs Council (NPCC) says the allowance is purely guidance and not part of any legislation.

They say the allowance is to ensure enforcement is proportionate and also allows for inaccuracies in speed testing equipment.

Officially a speeding offence has been committed even if a motorist goes just 1mph over the speed limit but mist forces will allow some variance due to the impracticality of stopping every driver that goes a tiny bit over the exact limit.

Can I get caught speeding more than once on the same day?

GoSafe vans will treat an infringement as one offence even if a driver has been caught on their vans twice within two minutes.

However, a motorist with a clean licence could easily be caught committing an offence several times during a long journey which could land them in serious trouble.

Accepting a fixed penalty for each offence could see multiple lots of three penalty point’s applied to a licence which could result in an instant driving ban.

The courts can decide to allocate the offence as happening on the same occasion and waive road users needing to pay multiple charges.

It may be difficult for static speed cameras to catch other motoring offences due to their distance from the road.

Speed camera vans are closer to the road and officers can identify and prosecute road users for a range of other strict laws.

Officers can make sure road users are wearing a seat bet and identify those who may be using a mobile phone behind the wheel.

How long do speed camera vans state at a location?

Gareth Thomas revealed for technical reasons a speed camera van will remain in a certain spot for just 90 minutes.

The vans will usually visit at least three locations during eight hours to move around high offending parts of the county.

Locations are decided based on speeding concerns which may have been raised by residents, to support a police campaign or a recent death or serious injury may have occurred at the location. 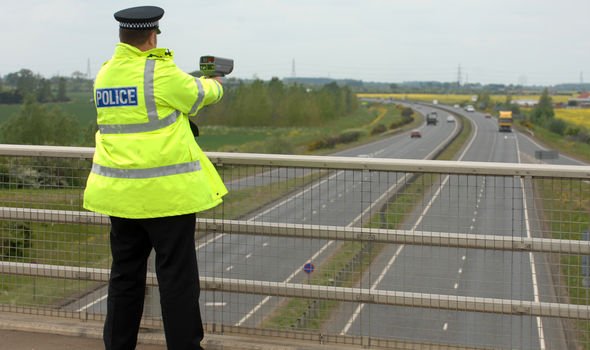 What other speed camera laws can I commit?

It is illegal to obstruct a speed camera van’s field of view during operational duties and motorists who attempt to block the camera from taking images of offences can be prosecuted.

Flashing headlights to warn other road users about a speed van could also be in breach of the law as it is an offence to obstruct a constable in the execution of duty.

Although Gareth Thomas confirms eating snacks while driving is not illegal, road users could still be hit with charges if they are deemed to be distracted.

Motorists losing focus of the road and turning their attention to other things can be picked up by officers and offenders can be hit with charges for careless driving.

Gareth Thomas said: “It is endorsable. I had one last in view once and she was looking in the mirror and putting lipstick on.

She was riding the cat’s eyes in the centre of the road and veering. I recommended that she was prosecuted for driving without due care and attention.”