Car insurance can be invalidated through a variety of reasons and road users could see themselves caught out for wearing one type of shoe this winter. Heavy boots or wellies covered in water or snow could be deemed as inappropriate footwear for driving and could see insurers refuse to pay out for claims in collisions.

What does the Highway Code say on driving with footwear?

The Highway Code says road users should have footwear and clothing which does not prevent a motorist from correctly using the controls.

Poor footwear could cause you to slip at the pedals when braking or accelerating away from a stop.

Heavy footwear could see motorists accidentally pressing down two pedals at the same time or not feeling how much pressure is being applied to each command. 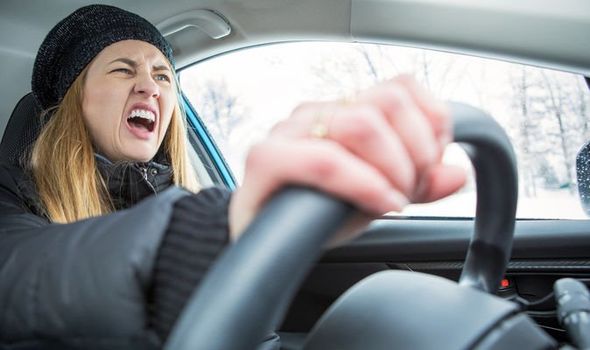 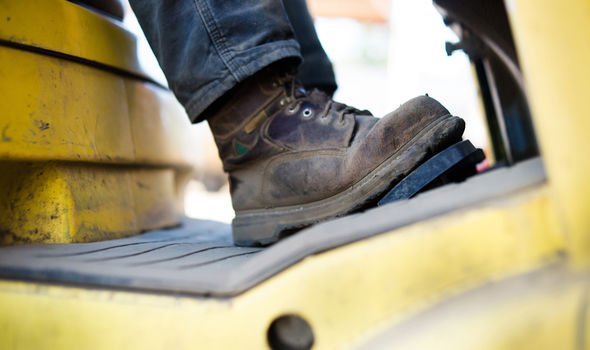 What are the risks?

Poor driving could be picked up by police officers and could see motorists slapped with severe consequences.

Road users could be hit with a dangerous driving offence and could be forced to pay a massive £5,000 fine and receive up to nine points on their driving licence.

Wet shoes will cause your pedals to become damp and this will increase the risk of your feet slipping off.

Although it is not illegal to drive in wellies or heavy snow boots, this could increase the risk of having an accident or being hit with a careless driving charge.

DON’T MISS
UK flooding VIDEO: Watch as car is trapped in Rotherham town centre [VIDEO]
Horrific MOT failures seen by DVSA officials  [PICS]
You can save up to a third on your car insurance prices today [TIPS]

What shoes are not allowed?

The RAC reveals some basic guidelines for selecting appropriate footwear when behind the wheel.

The recovery group says shoes should have a sole no thicker than 10mm and this should not be too thin or soft.

Shoes should provide enough grip to stop a foot slipping off the pedal but also not be too heavy which could restrict you from making quick movements.

Flip flops and high heels are identified as footwear which are unsuitable for driving but the recovery group also says sturdy boots can cause an issue.

The website states: “While light, flimsy and impractical footwear can be dangerous, so can sturdy, robust shoes, such as walking or snow boots.

“It’s important to have a good base and grip to apply pressure to the pedals, but you need a certain degree of finesse to manipulate the controls. If so, you could strike the brake and accelerator together, producing a heart-in-mouth incident.”

The Driving Standard Agency also said it was important to wear suitable shoes when behind the wheel of a vehicle.

How to avoid getting hit with fines or driving posts for bad footwear?

Law firm Burchill Blackburn urges drivers to always keep a towel in their car to quickly dry pedals if they become wet in the winter months.

Motorists are also urged to make sure they have nothing blocking the movement of the pedals and to regularly dry the floor of the car to prevent accidental slips.

They also claim motorists should keep a spare pair of shoes in their car during winter to quickly change into before heading off on a journey. 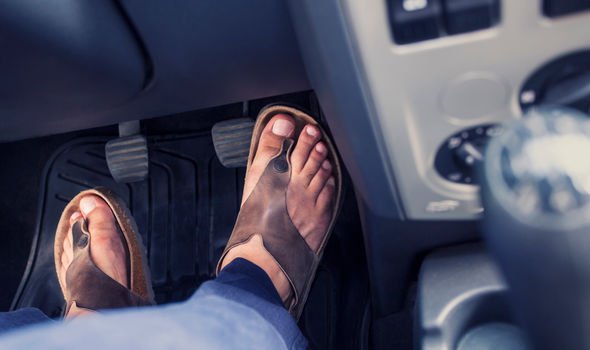 A uSwitch survey revealed just 16 percent of motorists admit to keeping a pair of driving shoes in the car at all times despite eight in ten claiming their choice of footwear may be affecting their safety behind the wheel.

One in ten drivers revealed they have stalled their car in the past year because their shoes made controlling the pedals difficult.

Kasey Cassels, insurance expert at uSwitch.com said: “It may seem a bit old fashioned, but driving shoes are the must-have accessory for any weekend away in the car.

“A spare pair of well-fitting flats or pumps can make a difference to your driving style and help you get more out of your motor by preventing stalling, swerving and stopping too quickly.”

Specially designed driving shoes produce comfort and grip on the pedal of the vehicle for safety.